Did You Know My Little Pony Has Stealthy Cameos By The Big Lebowski Characters? 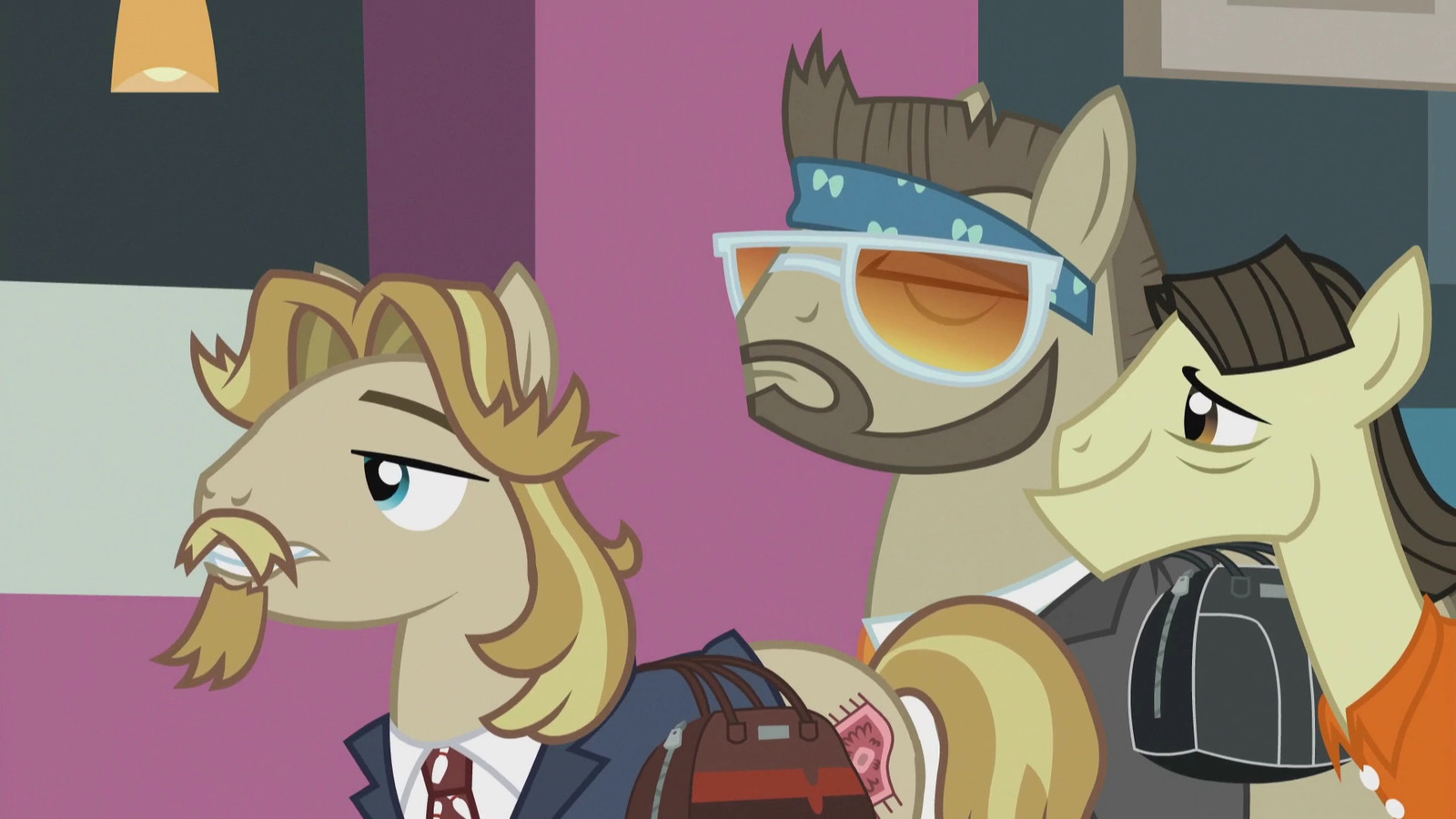 
In “The Cutie Pox,” the show’s central ponies were all idly bowling at the Ponyville Bowling Alley. The characters, it should be noted, walk on all fours and have no fingers, making bowling a bit of a difficult task. When the young Scootaloo (Madeleine Peters) kicks a ball incorrectly, it careens across the alley, causing two familiar ponies to duck out of the way. Their hair and clothes and setting match Jeff Bridges’ and John Goodman’s characters from “The Big Lebowski,” a film for which bowling was a common motif. Also seen in the background were ponies made to look like Steve Buscemi’s Donny and John Turturro’s Jesus.

The ponies have traditionally bore colorful “tattoos” on their hind quarters called, in the myth of the show, cutie marks. Cutie marks tend to relate to the pony’s interest or character. Jeff Letrotski bears an unrolled red rug, an object that Jeff Lebowski had stolen from him at the outset of the Coen Bros. movie. Walter bore a suitcase as his cutie mark, a reference to a bag full of dirty laundry that the Coens’ Walter intended to use as a ringer in a kidnapping ransom exchange. Donny’s cutie mark was merely a bowling ball flanked by two bowling pins.

The characters started as a cute background joke, but they would continue to appear in crowd scenes in future “Friendship is Magic” episodes. All told, Jeff Letrotski would appear in eight episodes of the show. Walter would show up in three episodes. Donny … Well, Donny would seemingly suffer a sad fate, very much like his live-action counterpart.