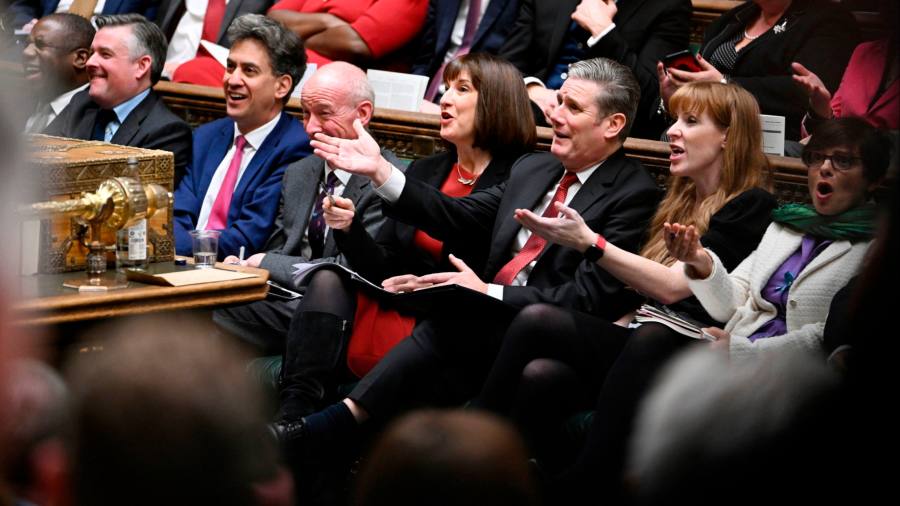 
The writer is shadow chief secretary to the Treasury

Jeremy Hunt’s Autumn Statement was an hour-long reckoning with his party’s 12 years in power. Another package of tax rises and spending cuts; another appeal to the public to tighten their belts. The Conservative reputation for sound economic stewardship has been destroyed, killed by their own hand.

The chancellor tried to blame both Covid-19 and President Vladimir Putin’s invasion of Ukraine. Real as these challenges are for all countries, only in the UK did the government respond by driving the economy off a cliff in a catastrophic ideological experiment. Only here did we have emergency interventions from the Bank of England to prop up the pension system. And only in Britain has there been such a shattering of international confidence that our own prime minister had to own up to it at the G20.

The public is now being sent the bill for the eccentricities of September’s “mini” Budget. Yet the made-in-Downing-Street aspect of Hunt’s plan is not just about the past 12 weeks but about the past 12 years. Low rates of economic growth have left the country less able to weather external shocks and left our citizens worse off.

The UK’s current problems can be laid firmly at the door of No 10 and 11 Downing Street and their many recent Conservative inhabitants. But no political party can escape the responsibility of ensuring financial stability.

It is a responsibility Labour understands and will meet. We have seen what happens to the public finances after a rightwing sugar rush of irresponsibility. We won’t respond with a mirror image of that disaster. Where we have spending proposals we will explain how they would be funded.

For today’s Labour party, financial stability must be the foundation but is not an end in itself. Instead, it should serve as the platform for the UK to put in place a proper long-term plan for growth.

If the UK had enjoyed even the average growth rate of OECD countries over the past decade, British households would be £10,000 a year better off than they are. That is the price of low growth. The UK is also the only G7 country not to recover its pre-Covid position in terms of gross domestic product.

The real impact of sluggish growth will be felt in people’s incomes. The Office for Budget Responsibility, silenced by Hunt’s predecessor Kwasi Kwarteng and now tasked with describing the bleak terrain, points out that real household disposable income will fall by 7 per cent over the next two years. The question originally posed by Ronald Reagan — are you and your family better off under this government? — has been answered officially and in the negative by the government’s own economic watchdog.

Where does all this leave the country? After the turmoil of recent months, no one should be in any doubt about the ability of the financial markets to punish a country. No wonder Bill Clinton’s strategist James Carville wanted to be reincarnated as the bond market — that way, as he pointed out, you can intimidate everybody.

Business needs certainty and stability after the endless chopping and changing of recent years; a start-up environment which ensures the UK is the best place possible to start and grow a business; a plan that makes the UK a world leader in the transition to cleaner energy and gives the country the energy security it needs.

A proper growth plan also means fixing the holes in the Brexit deal and having a grown-up relationship with our European neighbours. And, crucially, a commitment that every part of the UK will enjoy the fruits of the growth we seek.

We saw last week all too starkly where the past 12 years have taken us. It’s now time to combine financial stability with a proper long term growth plan to give people hope for the future, make the country more prosperous and its citizens better off.