The man who killed 6 in Waukesha Christmas parade gets life without release : NPR 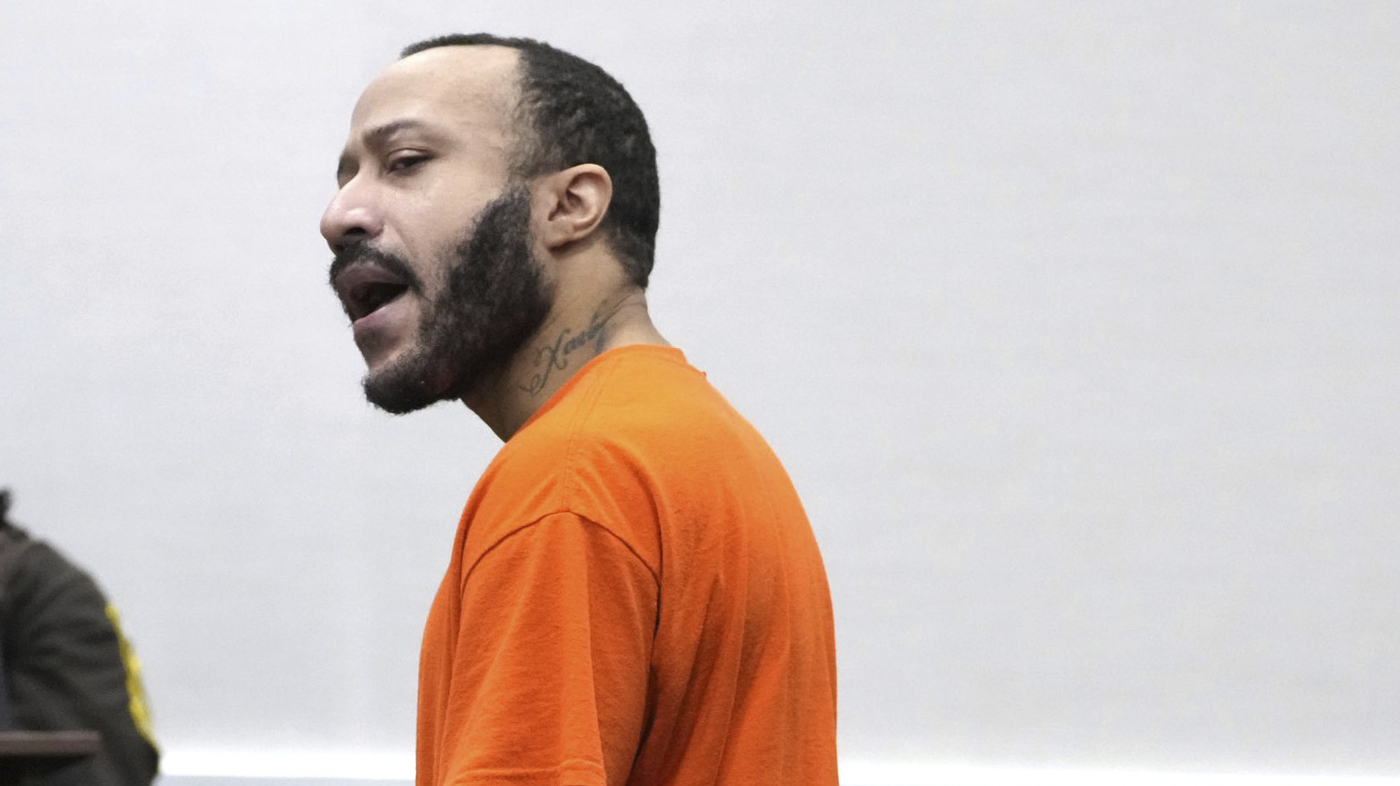 A judge sentenced a man who killed six people and injured many others when he drove his SUV through a Christmas parade in suburban Milwaukee to life in prison with no chance of release Wednesday, rejecting arguments from him and his family that mental illness drove him to do it.

Each homicide count carried a mandatory life sentence, and the only uncertainty Wednesday was whether Dorow would allow Brooks to serve any portion of those sentences on extended supervision in the community, the state’s current version of parole. She did not. Wisconsin doesn’t have the death penalty.

The gallery applauded as Dorow announced the life sentences. Moments later she sentenced him to 762 years in prison on the endangerment counts.

“Frankly, Mr. Brooks, no one is safe from you,” Dorow said. “This community can only be safe if you are behind bars for the rest of your life. … You left a path of destruction, chaos, death, injury and panic as you drove seven or so blocks through the Christmas parade.”

Dorow had bailiffs move Brooks to another courtroom where he could participate via video after he became disruptive during her pre-sentencing remarks. He stood motionless in his jail garb and handcuffs as the judge announced the sentences.

Brooks’ victims demanded during a hearing Tuesday that Dorow give him the toughest sentence possible. Chris Owens, whose mother was among those killed, told Brooks: “All I ask is you rot, and you rot slow.”

Brooks drove his red Ford Escape through the parade in downtown Waukesha on Nov. 21, 2021, after getting into a fight with his ex-girlfriend. Six people were killed, including 8-year-old Jackson Sparks, who was marching with his baseball team, and three members of a group known as the Dancing Grannies. Scores of others were injured.

On Wednesday, before the judge handed down her sentence, Brooks told the court that he suffered from mental illness since he was young and didn’t plan to drive into the parade route. He also offered his first apology to the dozens of people who were hurt or lost loved ones during the incident.

Brooks, who represented himself at trial, told Dorow in remarks that rambled past two hours that he grew up fatherless, poor and hungry in apartment buildings infested with rats and bugs. Brooks said he has dealt with mental health issues for as long as he can remember and that he was physically abused, though he didn’t say by whom specifically. At times he took medication and did short stints in mental health facilities and life was better then, he said.

“People are going to, like I said, believe what they want, and that’s OK. This needs to be said: What happened on Nov. 21, 2021, was not, not, not an attack. It was not planned, plotted,” Brooks said, adding later: “This was not an intentional act. No matter how many times you say it over and over, it was not.”

Brooks also offered his first apology to the victims and their families.

“I want you to know that not only am I sorry for what happened, I’m sorry that you could not see what’s truly in my heart,” he said. “That you cannot see the remorse that I have.”

But Brooks didn’t explain his motive or offer any other insights into what he was thinking as he turned the SUV into the parade. When Dorow asked him what sentence he thought he should get, he didn’t answer directly but said: “I just want to be helped.”

Brooks’ mother and grandmother tried to persuade Dorow to place Brooks in a mental institution rather than prison. His grandmother, Mary Edwards, said Brooks has been bipolar since he was 12 and that disorder caused him to drive into the parade. His mother, Dawn Woods, pushed Dorow to ensure that Brooks receives treatment in prison.

“If they have to stay for the rest of their lives away from society at least they’re getting the help they need to become mentally well,” Woods said.

Brooks appeared to weep as his mother spoke.

Dorow said before she handed down the sentences that she doesn’t believe Brooks is mentally ill, pointing out that four psychologists who evaluated him earlier this year found that he suffers from an anti-social personality disorder but not a mental illness.

“It is my opinion that mental health issues did not cause him to do what he did on Nov. 21, 2021, and frankly didn’t play a role,” the judge said Wednesday. “It is very clear to me that he understands the difference between right and wrong and he simply chooses to ignore his conscience. He is fueled by anger and rage.”

Dorow spent most of Tuesday listening to dozens of victims demand Brooks get the maximum possible sentence. One by one they described frantically searching for their children in the immediate aftermath, the pain their children have endured as they still struggle to recover from their injuries and the emptiness they feel as they cope with the loss of their dead loved ones.

District Attorney Susan Opper asked Dorow on Tuesday to make the sentences consecutive so they stack up “just as he stacked victims up as he drove down the road,” with no chance of release on extended supervision.

Brooks chose to represent himself during his monthlong trial, which was punctuated by his erratic outbursts. He refused to answer to his own name, frequently interrupted Dorow and often refused to stop talking. Multiple times the judge had bailiffs move Brooks to another courtroom where he could participate via video but she could mute his microphone when he became disruptive, just as she did Wednesday.

10 Eerie Ghost Cities Left Behind by the Soviet Union