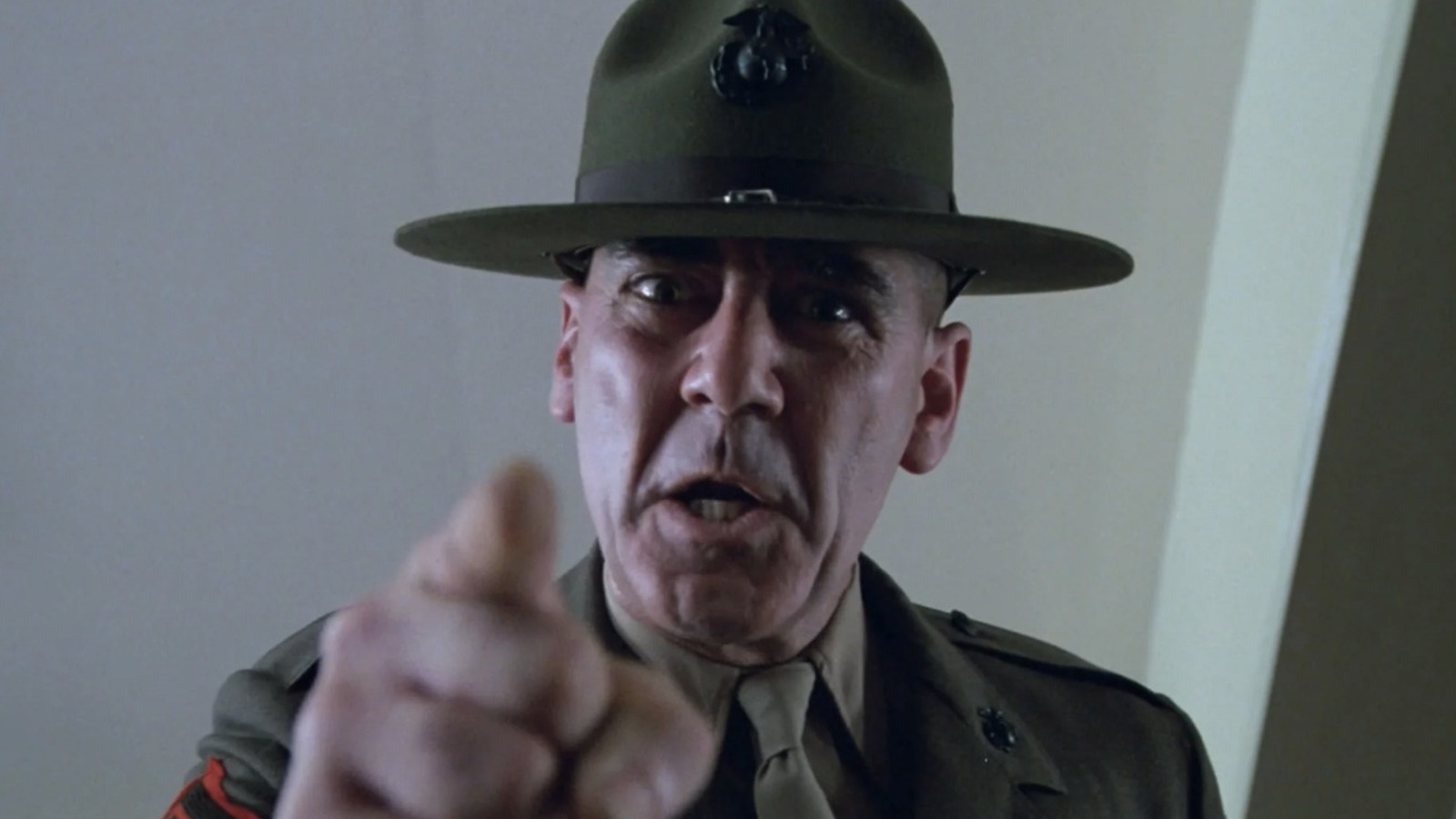 
“An Officer and a Gentleman” stands in contrast to Kubrick’s cynical portrait of the American war machine. Richard Gere plays Zack Mayo, a naval candidate under Foley’s training. Foley is just as demanding and foul-mouthed as Hartman; “Full Metal Jacket” even reuses Foley’s line that only “steers and queers” come out of Oklahoma (albeit with the state in question stopped for Texas). However, Foley’s relationship with Mayo isn’t purely adversarial; the sergeant encourages the cadet not to quit and they part on respectful terms. Hartman deconstructs Foley’s character, showing the ruinous consequences such demeaning behavior could bring.

Since the characters were so similar, Modine felt that left no room for Ermey to be honored (via the Guardian):

“Had Lou Gossett Jr. not won the Oscar for ‘An Officer and a Gentleman,’ Lee would have won for that performance. But the way the Academy works is, ‘Oh, we already gave it to a guy who played a drill instructor. Let’s give it to somebody else.'”

That’s not to diminish Gossett’s performance, though. he’s the most memorable part of “An Officer and A Gentleman” and offered a model for Ermy’s performance (as Modine also notes, Ermey wasn’t a trained actor and had to spend long hours working with casting director Leon Vitali). Gossett also made history, being the first black man to win Best Supporting Actor.

Had Ermey been nominated at the 60th Oscars, his victory wasn’t assured either. He would’ve been facing off against the eventual winner: Michael Douglas, who’d played Gordon Gekko in “Wall Street.” Gekko is about as well-remembered a character/performance as Hartman.

Is there a lesson here in this history of snubs? Cherish performances on their own merits, not by the awards they rack up.

Cashmere: Where It Comes From, Brands That Do It Best, and How to Keep It Looking Great