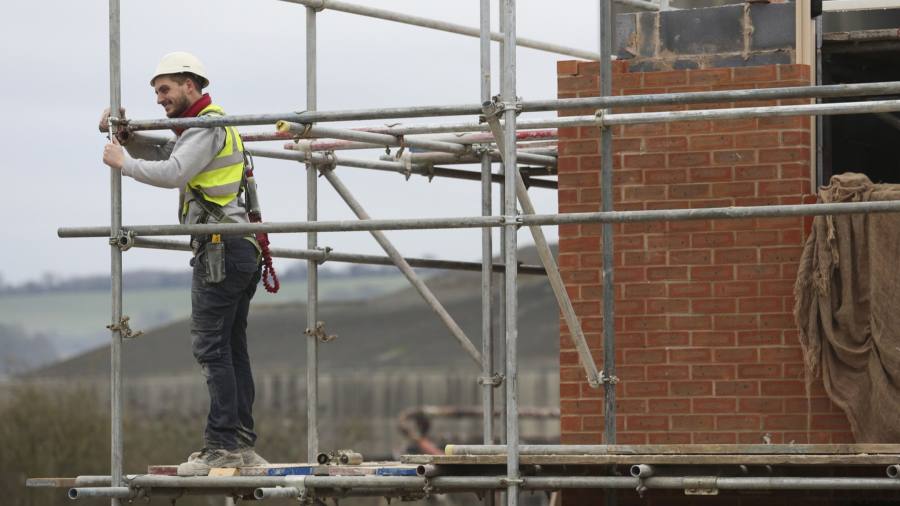 
Plummeting demand for new homes and the rising risk of mortgage defaults has caused UK housebuilders to pull back from new projects, putting government targets for new housing at risk.

Redrow on Friday became the latest large builder to warn of a sharp contraction in sales, echoing rivals Persimmon and Taylor Wimpey, which this week reported significant falls in the rate at which buyers were committing to new purchases, with demand dropping as much as 50 per cent in recent weeks.

The warnings from three of the UK’s biggest developers have provided the clearest sign yet that the housing market has turned, with higher mortgage rates and the prospect of a lengthy recession holding buyers back.

Taylor Wimpey said the number of buyers pulling out of deals had jumped by more than 50 per cent — with almost a quarter of purchases being cancelled in the second half of the year so far — and Persimmon executives said they were seeing the first evidence of prices beginning to fall — by 2 per cent since July.

“These are really unusual times, the environment has changed quite rapidly,” said Taylor Wimpey chief executive Jennie Daly, who described this as a “transitional period” as the market adjusts to much higher borrowing costs.

Higher mortgage rates have frozen many would-be buyers out of the market. More worryingly, the increase — accelerated by former chancellor Kwasi Kwarteng’s “mini” Budget in September — has raised the likelihood of homeowners defaulting on their loans when they have to remortgage.

Analysts at Goldman Sachs this week said they expected house prices in the UK to fall and that higher rates, increasing unemployment and the threat of recession were likely to markedly increase the risk of delinquencies.

As the outlook becomes increasingly grim, the three UK builders all said they would slow down their investment in new land and try to conserve cash.

“Recent instability in financial markets has had a negative impact on the housing market and the business has had to adapt,” said Redrow chair Richard Akers on Friday, as the company announced it had halved the rate at which it was buying land.

The major housebuilders are responsible for the bulk of new private homes built each year, meaning their retreat is likely to leave the government’s target of building 300,000 homes a year, recently reaffirmed by housing secretary Michael Gove, in tatters.

“There is a housing shortage at so many different levels. There’s nowhere near enough retirement properties or affordable housing and people are blocking beds in the NHS because there’s not space for them in the community,” said Lewis.

Gove has clashed with the sector over who should pay to fix unsafe buildings in the wake of the 2017 fire at Grenfell tower and developers fired a warning shot last month, saying new levies could stop them building new affordable homes.

But now builders are hoping for a surprise measure in next week’s Budget.

“If the government is serious about increasing housing output — and Gove has intimated that he is — he is going to [have to] provide some help to get housing output up. Maybe he goes from being detested by the housebuilders to being half liked,” said Lewis.

Expect New QBs Across the NFC South Next Year as Panthers and Falcons Struggle on TNF | News, Scores, Highlights, Stats, and Rumors