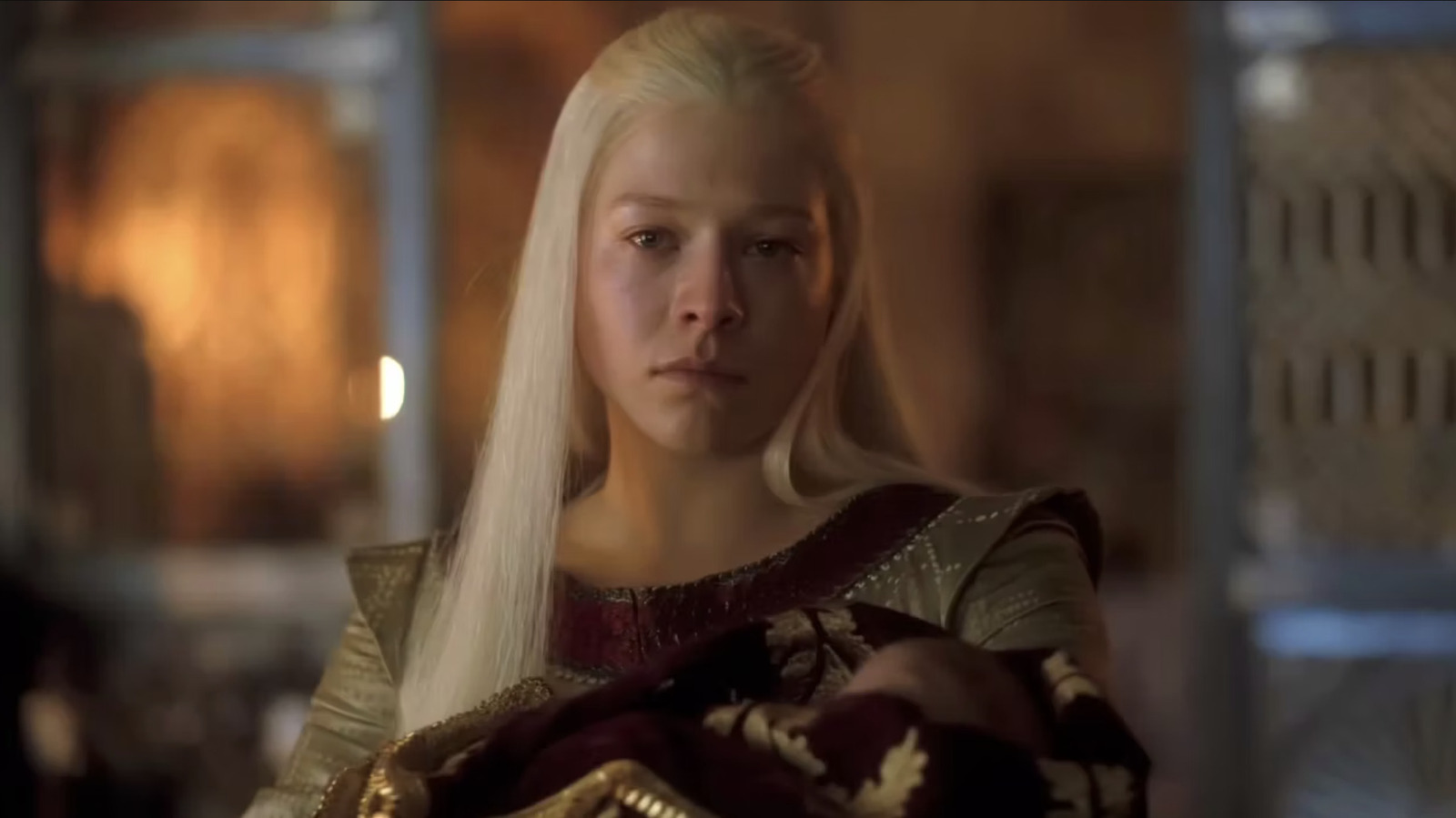 
In speaking GQ, Emma D’Arcy admitted that while they’ve not actively sought out the criticisms of the birthing scenes in “House of the Dragon,” they “take real issue with the idea that we shouldn’t see women in labor depicted with gritty realism, and blood, and placentas.” Childbirth is often presented as “the miracle of life” or as a “beautiful experience,” which may be true when considering the life-altering emotional response that comes with bringing a child into this world.

That said, the actual physical act of childbirth can be brutal, traumatic, and physically consuming. Of course, there are plenty of people who have manageable deliveries like something out of a movie, but for many parents, their experiences are more reflective of Rhaenyra Targaryen (or tragically, her mother, Aemma Arryn) on “House of the Dragon.”

D’Arcy took additional issue with the criticisms considering a major unique selling point of all things “Game of Thrones” is the inclusion of “big, gory battle sequences.” “What it feels like is that we want women to conform to a certain image,” D’Arcy said. “Which is interesting, insofar as acting is concerned, because, there’s also a lot of fun to be had getting to do the big physical, physically demanding sequences. And it’s interesting that maybe sometimes that is not afforded to female characters.” D’Arcy is spot on, even if accepting their comments as reality stirs up difficult feelings to process.

Sometimes life brings immeasurable difficulties, and childbirth is one of them for many people. May D’Arcy’s comments be an evergreen reminder that what is traumatic for some may be therapeutic for others, and it’s up to all of us to set personal boundaries, rather than demand a TV show do it for us.

Gen Z voters are a force to be reckoned with