More and more men are out of the workforce. A new book explores how to fix that : NPR 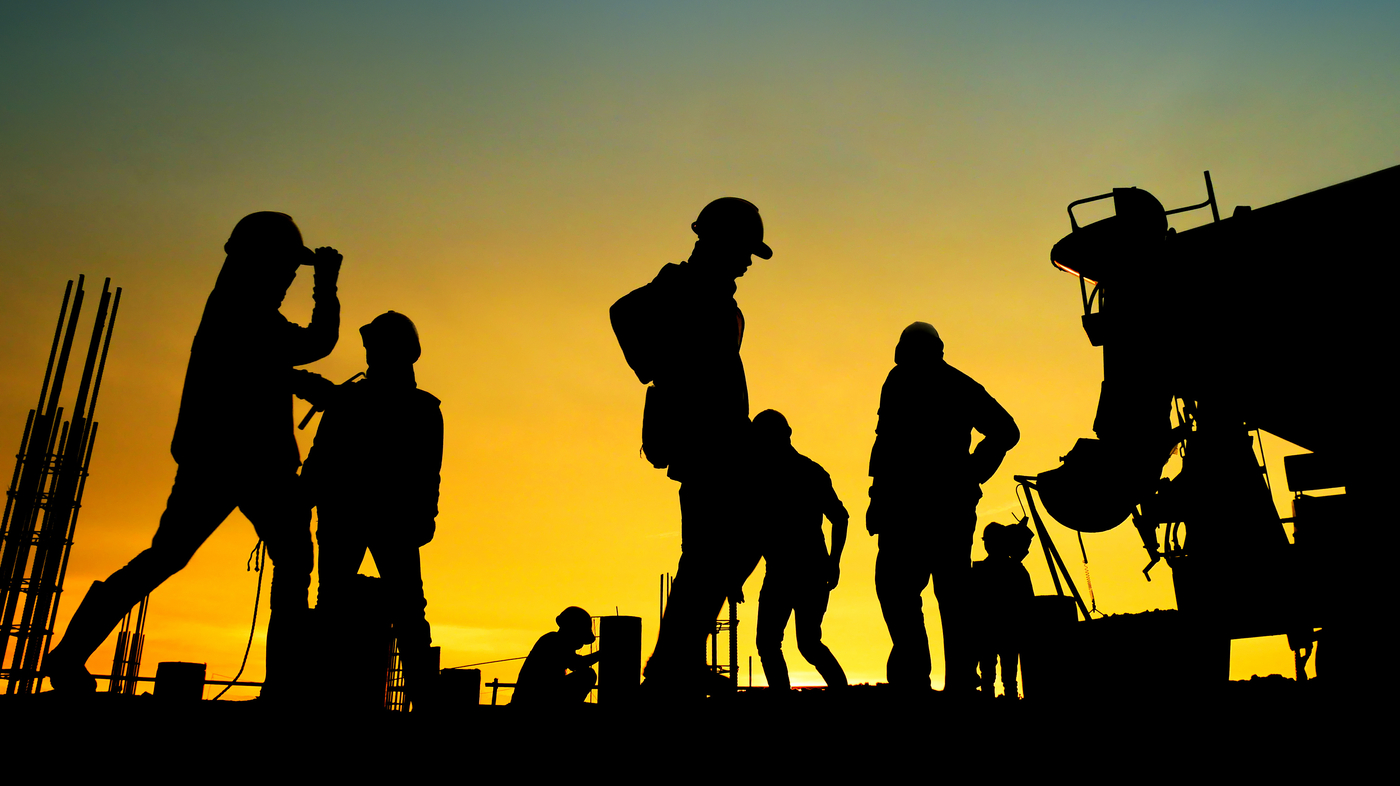 The country has seen a dramatic shift away from jobs requiring physical strength. Fewer than 1 in 10 jobs now require what’s called heavy work, a sector once dominated by men.

The country has seen a dramatic shift away from jobs requiring physical strength. Fewer than 1 in 10 jobs now require what’s called heavy work, a sector once dominated by men.

Friday’s jobs numbers from the Labor Department showed a continuing worrisome trend among men: A smaller and smaller share of them are working.

Sixty years ago, close to 97% of men in that group were working or looking for work. Since then, there’s been a steady decline. In October, the number was 88.5%, a slight dip from the previous two months.

In a new book, Brookings Institution scholar Richard V. Reeves sounds the alarm about the struggles of men, both in the economy and in society, pleading with policymakers and society at large to pay attention to what’s going on and intervene.

Titled Of Boys and Men, the book explores the economic, social and cultural shifts that have forced men to the sidelines of the economy, including the loss of jobs in male-dominated fields such as manufacturing and the influx of women into the workforce, diminishing the need for men to serve as providers for their families.

Rather than try to recapture an era that is long gone, Reeves argues we should help men adapt to the jobs of the future — including many that are now overwhelmingly performed by women.

In an interview with NPR, Reeves warns if nothing is done to help struggling men, families will become poorer and economic inequality will only worsen.

This interview has been edited and condensed for clarity.

Richard V. Reeves’ new book Of Boys and Men explores why men are struggling and what can be done about it.

You were a bit reluctant to to write this book about boys and men, dreading some of the criticism you might get for turning the focus away from girls and women. But you call that a false choice. Can you explain that?

The reluctance was simply because the way the debate is framed — it’s ‘Whose side are you on?’

But of course, most people in the world are perfectly capable of worrying about two things at once.

The danger with even raising the specific challenges of boys and men is that it will be seen as a distraction from ongoing efforts to help women and girls. I think that’s a false choice. Partly as a result of the changes of recent decades, we both can and should now pay attention to both sides of gender inequality.

You say the economic relationship between men and women has transformed so rapidly that our culture has not yet caught up. Women have gone to work. They don’t need to rely on men for income.

It’s important to recognize that that was the central material goal of the post-war women’s movement — to secure economic independence for women so that they didn’t have to rely on men in a material sense. That has been achieved to a very large degree, very, very quickly.

Author Richard V. Reeves, senior fellow in economic studies at the Brookings Institution, has three grown sons. He says whereas he used to fret about three young men, he is now worried about millions.

Author Richard V. Reeves, senior fellow in economic studies at the Brookings Institution, has three grown sons. He says whereas he used to fret about three young men, he is now worried about millions.

We haven’t given a new positive vision for men in this new world of gender equality, and that failure to adjust and adapt masculinity — it doesn’t happen on its own. I think our collective cultural failure to do that is one of the root causes of some of the problems that we now see men and boys having.

You often hear about the gender pay gap — that women make only 82 cents for every dollar a man makes. But as you write, this doesn’t tell the whole story. What’s happened with men’s wages in recent decades?

There is still a gender pay gap, but there are two sides to that story. We’ve seen a rise in women’s wages across the board, but especially at the top. And we’ve actually seen a decline in male wages in the middle and at the bottom. So most men in the U.S. today earn less than most men did in 1979, which is an extraordinary economic retreat.

You’ve got this whole half of the population who economically have slipped back by comparison to more than four decades ago. And that’s ironically one of the reasons there has been this narrowing of the gender pay gap. I don’t think anyone wants to close the gap by men becoming poorer.

The general pattern is one of widening inequality of wages generally, but of stagnating wages for the majority of American men. And that’s created this economic malaise.

The big shift in the labor market has been away from the kinds of jobs which could be done largely through physical strength, and/or with relatively low levels of education. Stereotypically, the guy with maybe a high school diploma could come out and get a pretty good union job in a factory. And those jobs are just becoming scarcer and scarcer because of these changes in the economy.

There’s been a dramatic shift away from so-called “brawny” jobs, those requiring physical strength, such as manufacturing. You say the solution is not to bring back more “brawny” jobs for men, but to help men adapt, to take jobs in what you call the HEAL sectors. Tell about HEAL.

So I think it’s tempting for politicians to imagine we could bring back those old jobs. That’s magic wand-ism, honestly. There’s very little that can be done realistically to turn the tide back on such deep economic changes.

But where are the jobs coming from? Many of them are coming in the HEAL sectors — health, education, administration and literacy. In some ways, it’s the mirror image of STEM — science, technology, engineering and math.

HEAL sectors include things like medicine and nursing, but also teaching, many of the caring professions, social work, psychology, the sorts of jobs that require more verbal skills or written skills rather than math skills. By my calculations, for every STEM job that we’re going to create between now and 2030, we’re going to create about three HEAL jobs.

There are, in fact, some shortages in some of these professions, in areas like teaching and nursing. These are actually sectors that are looking for workers, but if anything, they have become more female-dominated in the last few decades.

Among psychologists under the age of 30, only 5% are male. That’s a profession that was was actually slightly male in the 1980s. Go back to 1980, and 40% of elementary and middle school teachers were male. Now it’s down to one in 10 in elementary schools.

One of my sons works in early education. He can talk quite movingly about the stigma that you’ll face as a man. People will question your motives. At worst, some people will suggest, either jokingly or not, that you might be motivated by pedophilia. “What is it about young kids that appeals to you?” is the kind of question you hear.

There are some quite nasty stereotypes around men in those professions. And so we just have to realistic about that and say there are barriers. What that means is we have to work extra hard to try to make those professions seem like they are appropriate to men.

Beyond employment, you also say there are societal benefits to having men in these roles. Teachers for example.

Fifty percent of our students are male. I think the fact that they see so few male teachers — that’s a problem.

So there’s this growing mismatch between the sex of the user and the provider. I’m not saying that always matters, and in some cases it might be better if it’s a woman. But there is enough evidence to suggest that sometimes it’s good to have a man caring for a boy or another man.

You note that there’s not a lot of acknowledgement of these problems unique to men and boys. What are the consequences of continued silence on the issue?

I think the consequences of failing to look these problems squarely in the face and address them is, firstly, that they will get worse. They are not going to solve themselves. They will need intentional public policy to address them.

And at a deeper level, that malaise unaddressed can metastasize at a political level into grievances. And that then can be exploited by some skillful populists or online personalities or whoever it is.

Right now there are enough young men, and men generally, who feel that they’re being neglected or ignored or dismissed. That creates some really fertile soil for some pretty bad stuff to get seeded. And I think we are reaping the consequences of our own neglect.

The Traveler’s Guide to Feeling Right at Home

Warriors’ Klay Thompson ‘May Not Play in a Back-to-Back All Year,’ Steve Kerr Says | News, Scores, Highlights, Stats, and Rumors