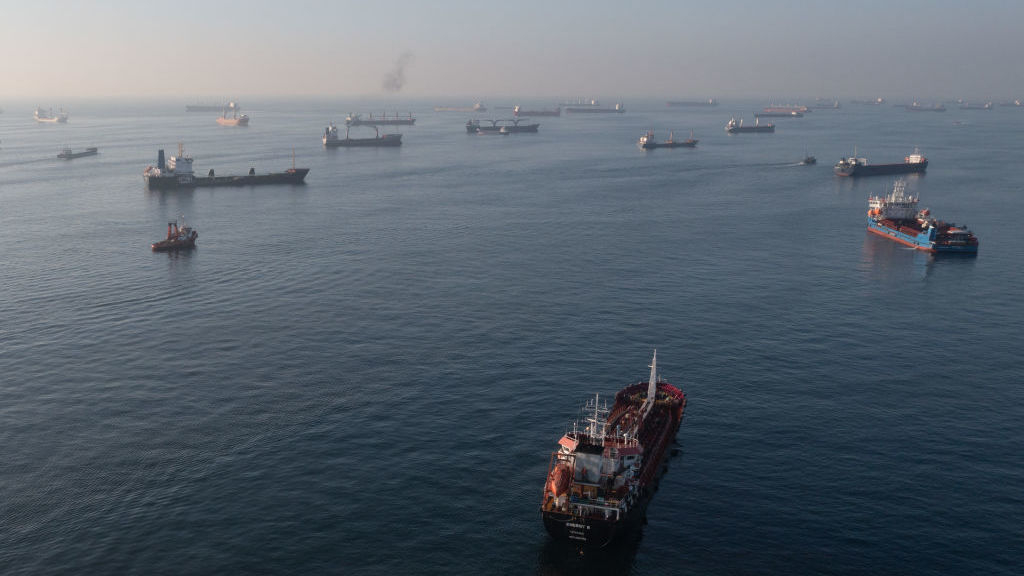 Ships, including those carrying grain from Ukraine and awaiting inspections, are seen anchored off the Istanbul coastline on Wednesday in Istanbul, Turkey.

Ships, including those carrying grain from Ukraine and awaiting inspections, are seen anchored off the Istanbul coastline on Wednesday in Istanbul, Turkey.

ISTANBUL — Russia has returned to the United Nations-brokered deal to safely ship Ukrainian grain through the Black Sea. Russia’s move to suspend participation over the weekend had caused a spike in global wheat prices and raised fresh concerns over food shortages.

“Based on our conversation with Mr. Putin yesterday, Russian Defense Minister Sergei Shoigu called our National Defense Minister Hulusi Akar today to say that as of 12:00pm today the exports of grain will continue as they had,” said Turkish President Recep Tayyip Erdogan at a meeting of ruling party lawmakers in Ankara, referring to a call he had Tuesday with Russian President Vladimir Putin.

In a statement, Russia’s Defense Ministry said it had agreed to renew its participation in the grain deal after the U.N. and Turkey secured written assurances from Ukraine that shipping corridors would not be used for military purposes.

“The Russian Federation considers that the guarantees received at the moment appear sufficient, and resumes the implementation of the agreement,” the defense ministry said in a statement.

Russia had informed the U.N. and Turkey Saturday that it would suspend its participation in the grain deal because it could no longer guarantee the safety of ships in the Black Sea, after an attack on its Black Sea fleet, for which it blamed Ukrainian drones.

Turkey and the United Nations – brokers of the deal – pushed on with the initiative despite Russia’s suspension, continuing the inspection of dozens of grain ships already in Istanbul, and managing the safe travel of ships through the maritime humanitarian corridor set up in the Black Sea.

U.N. and Turkish officials have been optimistic about Russia’s return to the agreement.

The agreement between Russian and Ukraine expires on Nov. 19, and discussions with the parties and Turkey and the U.N. to extend the agreement have continued throughout Russia’s short-lived decision to suspend the deal.