Thousands of Delta Airlines pilots have voted to authorize a strike : NPR 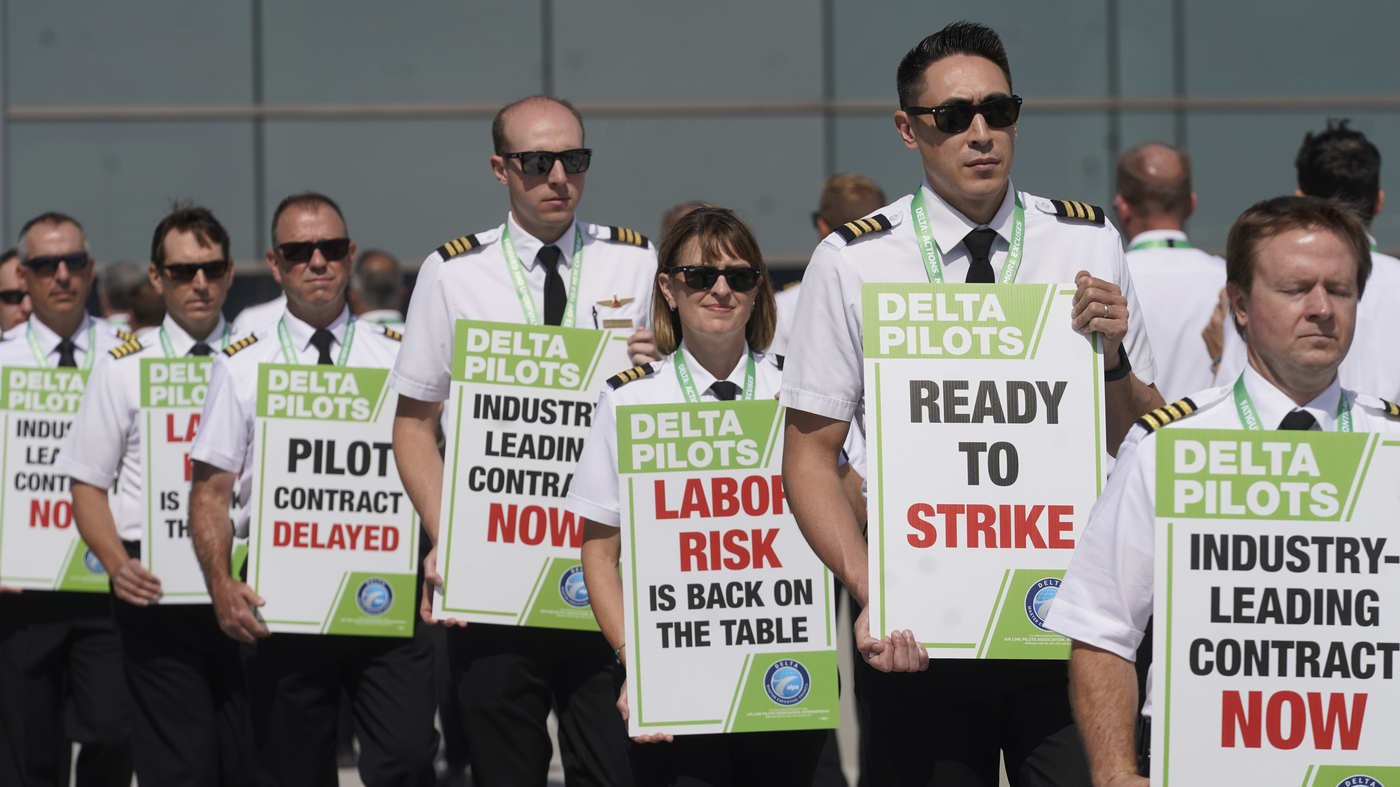 Almost 15,000 Delta Airlines pilots voted to authorize a strike after negotiations for a new contract were paused due to the coronavirus pandemic.

The pilots, who are represented by the Air Line Pilots Association union, last negotiated their contracts in 2016. Renegotiation started in April 2019 and the employees and airline had entered the mediation stage in February 2020 but was postponed due to the pandemic. Renegotiations resumed in January.

“Today, Delta’s nearly 15,000 pilots sent a clear message to management that we are willing to go the distance to secure a contract that reflects the value we bring to Delta Air Lines as frontline leaders and long-term stakeholders,” Capt. Jason Ambrosi, chairperson of the Delta Master Executive Council, said in a release.

About 96% of union members participated in the strike authorization vote, with about 99% of those participants voting in favor of the matter.

A strike can only occur if the National Mediation Board must decide that further mediation attempts would be futile. The NMB would then offer arbitration to both sides, and if they decline, a 30-day “cooling off” period begins. After those 30 days, employees can choose to strike or management can enforce a lockout.

Shinsuke Nakamura vs. Great Muta Will Be Historic Moment in Wrestling, but a One-Off | News, Scores, Highlights, Stats, and Rumors