Geopolitics is the biggest threat to globalisation 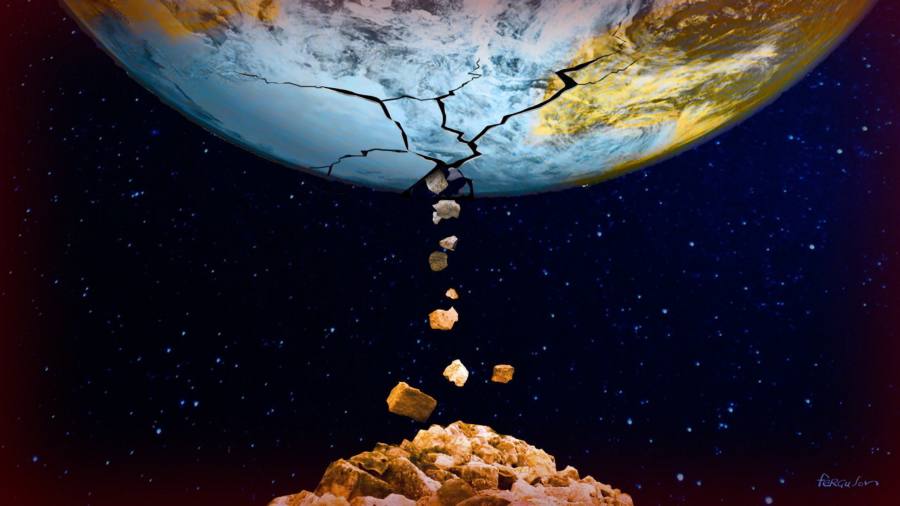 
How might globalisation end? Some seem to imagine a relatively peaceful “decoupling” of economies until recently stitched so tightly together. But it is likely that the fracturing of economic ties will be both consequence and cause of deepening global discord. If so, a more destructive end to globalisation is likely.

Humanity has, alas, done this before. Since the industrial revolution in the early 19th century, we have had two periods of deepening cross-border economic integration and one of the reverse. The first period of globalisation preceded 1914. The second began in the late 1940s, but accelerated and widened from the late 1970s, as ever more economies integrated with one another. In between came a lengthy period of deglobalisation, bounded by the two world wars and deepened by the Depression and the protectionism that both accompanied and worsened it. Finally, since the financial crisis of 2007-09, globalisation has been neither deepening nor reversing.

This history hardly suggests that a period of deglobalisation is likely to be a happy one. On the contrary, 1914-45 was marked by the collapse of political and economic order, both domestic and global. The Bolshevik revolution of 1917, itself a consequence of the first world war, launched communism on the world. On some estimates, communism killed around 100mn people, even more than the two world wars.

This period of chaos and calamity had some beneficial outcomes: it made European empires untenable; it brought forth modern welfare states; and it made humans a little more aware of their shared destiny. Yet, in all, it was an epoch of catastrophe.

A controversial question is how and how far peace is linked to globalisation. As John Plender recently argued, trade does not necessarily secure peace. The onset of the first world war at a time of relatively buoyant trade surely demonstrates this. The causality goes rather in the opposite direction, from peace to commerce. In an era of co-operation among great powers, trade tends to grow. In one of mutual suspicion, especially one of open conflict, trade collapses, as we see now between Russia and the west.

People sometimes point to the English liberal Norman Angell as a naive believer in the view that trade would bring peace. Yet, in The Great Illusion, written shortly before the first world war, he argued that countries would gain nothing of value from war. Subsequent experience entirely vindicated this view: the principal participants in the war all lost. Similarly, ordinary Russians will not benefit from the conquest of Ukraine or ordinary Chinese from the conquest of Taiwan. But this truth did not preclude conflict. Under the leadership of psychopaths and the influence of nationalism and other dangerous ideologies, we are capable of grotesque follies and horrific crimes.

A possible response is that nothing similar to what happened during the “great deglobalisation” of the 20th century can happen this time. At worst, the outcome might be a bit like the cold war. This, however, is unduly optimistic. It is quite likely that the consequences of a rupture of great power relations will be even worse in our time than it was then.

One obvious reason is that our capacity for mutual annihilation is far more than an order of magnitude greater today. A disturbing recent study from Rutgers University argues that a full-scale nuclear war between the US and Russia, especially given the probability of a “nuclear winter”, could kill over 5bn people. Is that unimaginable? Alas, no.

Another reason why the outcome could be even worse this time is that we depend on a high level of enlightened co-operation to sustain an inhabitable planet. This is particularly true of China and the US, which together generate over 40 per cent of global CO₂ emissions. The climate is a collective action challenge par excellence. A breakdown of co-operative relations is likely to end whatever chance exists of avoiding a runaway process of climate change.

One then has to fall back on the hope that today’s deepening global divisions can be contained, as they were, by and large, during the cold war. One rejoinder to this hope is that there were some close-run moments during the cold war. The second is that the Soviet economy was not integrated into the world’s, while China and the west are both competitors and integrated with one another and the rest of the world. There is no painless way of decoupling these economic links. It is folly to imagine there is. The effort seems sure to create conflict.

Indeed, the recently announced controls on US exports of semiconductors and associated technologies to China looks a decisive step. Certainly, this is far more threatening to Beijing than anything Donald Trump did. The aim is clearly to slow China’s economic development. That is an act of economic warfare. One might agree with it. But it will have huge geopolitical consequences.

Deglobalisation is most unlikely to be the outcome of carefully calibrated and intelligent decoupling. This is not how we humans work. People might pretend deglobalisation has something to do with reducing inequality. That is nonsense, too: the more open economies are frequently relatively equal.

It is conflicts over power that most threaten globalisation. By seeking to enhance their security, great powers make their rivals more insecure, creating a vicious downward spiral of distrust. We are already a long way down this spiral. That reality will shape the fate of the world economy. We are not headed towards a benign localism, but towards negative-sum rivalry. Our world may not survive a virulent bout of that disease.

Shinsuke Nakamura vs. Great Muta Will Be Historic Moment in Wrestling, but a One-Off | News, Scores, Highlights, Stats, and Rumors