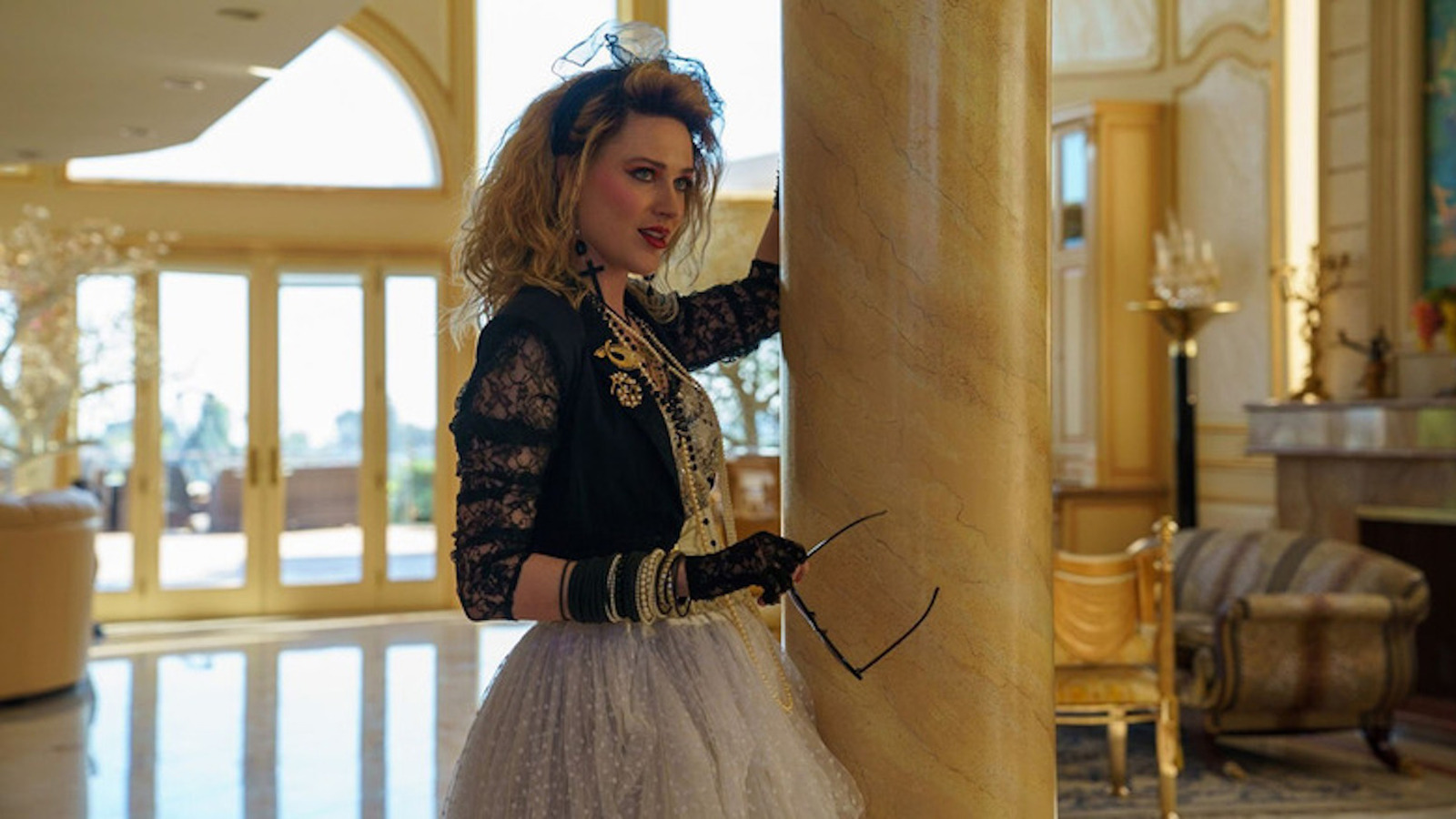 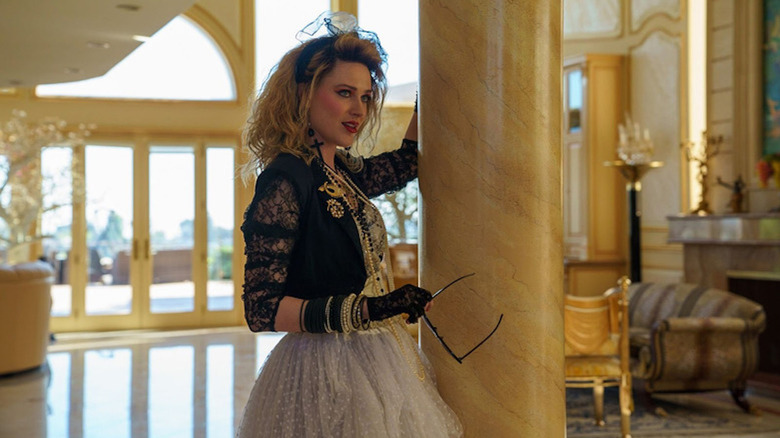 Did we really need another ZAZ-style spoof of Oscar-chasing music biopics after Jake Kasdan’s glorious “Walk Hard: The Dewey Cox Story?” Probably not, but Eric Appel’s “Weird: The Al Yankovic Story” at least comes at the shopworn formula from a semi-novel angle: this is the life of one of the nicest, most genuine people in show business amplified beyond recognition.

If you know his career, the song spoofer’s unlikely rise to Top 40 radio stardom, starting with novelty-song kingpin Dr. Demento discovering him at the age of 16, starts off as an amusingly exaggerated parody of the facts. But once Yankovic hits the big time, the movie turns into a nutzoid document of 1980s excess that has more in common with “Scarface” than “Coal Miner’s Daughter.”

Appel and his collaborators are smart enough to know that they can’t stick to the “Walk Hard” route, so you can’t begrudge them for taking such absurd liberties with the life of a benign celebrity. This anything-goes approach does undercut some of the gags (as the ZAZ team learned with “Airplane!” and “Police Squad!,” the straighter you play the parody, the funnier it is), but it’s a blast to watch so many talented performers hurl themselves into caricatures of ’80s icons. And no one is having more fun in “Weird” than Evan Rachel Wood as Material Girl-era Madonna.

Evan Rachel Wood Grooves To The Music Of Madonna 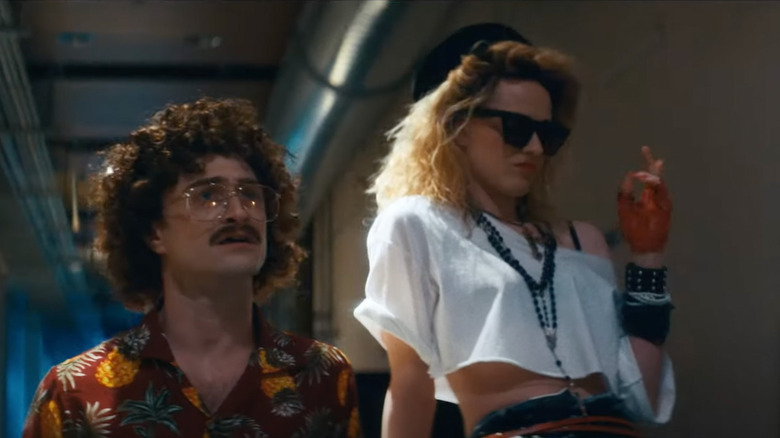 Ever since she delivered her knockout portrayal of a troubled adolescent in Catherine Hardwicke’s “Thirteen,” Wood has been a must-watch actor. She possesses the captivating presence of a born movie star, but she’s resisted the pull of mainstream movies just about every step of the way. She’s phenomenal as a restless teenager in David Jacobson’s “Down in the Valley” and dazzling as the narcissistic daughter of Kate Winslet’s title character in Todd Haynes’ “Mildred Pierce.” Her range seems limitless, but I have to admit: I never viewed her as a dead ringer for mid-1980s Madonna.

While her take on the pop icon is broadly comedic, Wood is such a talented performer that you can see her easily dialing down her affectations to get deep under the skin of a surface-obsessed celebrity. What she’s done here is akin to Val Kilmer’s Jim Morrisson in Oliver Stone’s “The Doors.” It’s brilliant mimicry.

How did she pull it off? Here’s what Wood told /Film’s own Danielle Ryan in an exclusive interview:

“I did watch a lot of her early ’80s interviews, because she’s evolved and changed so much. I tried to focus on the time period that we were doing for accuracy. So, yeah, I watched a lot of her interviews and how she was in a conversation, how she carried herself, her mannerisms. It was a real treat for me, because I got to revisit a lot of the incredible Madonna material and be reminded what a genius she’s always been. I think the main thing I had to get over and work on was just her — I feel like a nerd sometimes and [I’m] sometimes modest. And she is just fully confident, completely self-assured. She is controlling every room that she’s in. So that was a switch I had to lean into and flip, I think.”

No Encore For Wood’s Material Girl 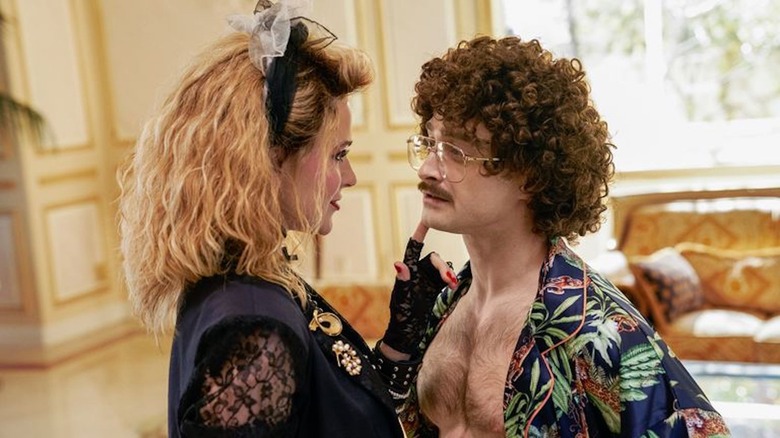 If you’re hoping for a more substantive portrayal of Madonna from Wood, you’re likely out of luck. Madonna is directing her own biopic — because of course she is — titled “Little Sparrow,” and she’s selected Julia Garner to be her onscreen avatar. While Garner is a terrifically talented actor and bears more than a slight resemblance to the star, it’s very easy to see Madonna, a boss among bosses, going full-on Kubrick when it comes to recapturing and commenting on her ever-shifting image. Wood could go deeper and darker than Madonna might like.

From “Thirteen” to “Mildred Pierce” to the woefully underseen “Allure,” it’s what she’s always done. Maybe there’s a Joni Mitchell biopic in her future.

Read this next: The 14 Greatest Biopics Of The 21st Century