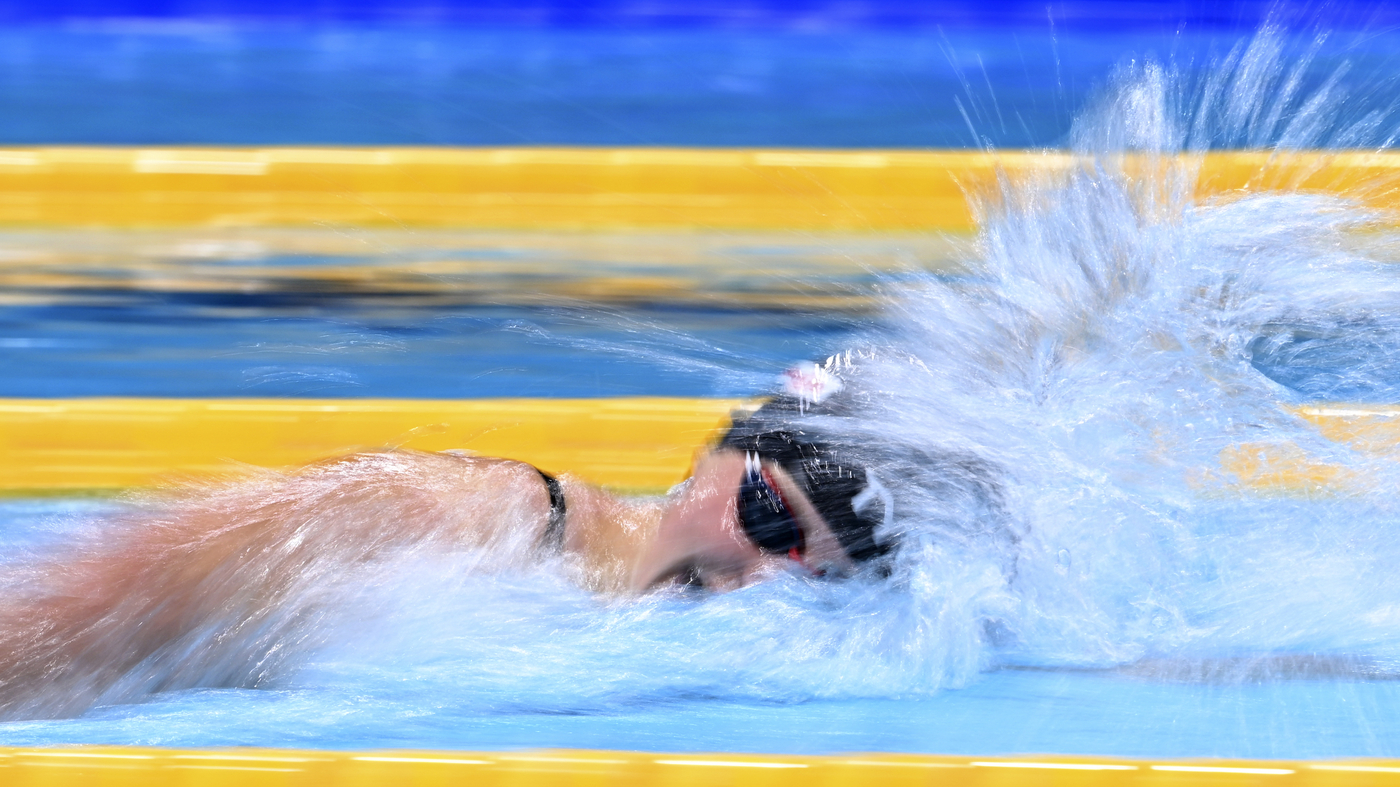 Katie Ledecky of the United States competes in the Women 800m Freestyle final at the 19th FINA World Championships in Hungary in June.

Katie Ledecky of the United States competes in the Women 800m Freestyle final at the 19th FINA World Championships in Hungary in June.

At the Swimming World Cup in Toronto on Saturday, Ledecky clocked in at 15 minutes and eight seconds, besting the 15 minutes and 18 seconds record set by Germany’s Sarah Wellbrock in 2019.

“I knew that that record was in reach, just based on some things I’ve done in training, especially my distance stuff has felt really good this fall,” she said. “So I felt locked into a pace and fell off a little bit toward the end probably … but I held it together enough to get the job done.”

Ledecky, 25, has the most Olympic gold medals of any female swimmer, at seven. On Sunday, she also came close to beating the world record for the 800 meter freestyle race at eight minutes. The record is seven minutes and 59 seconds. Still, she broke the U.S. record for the event.