Desperately hard choices lie ahead for Sunak and Hunt 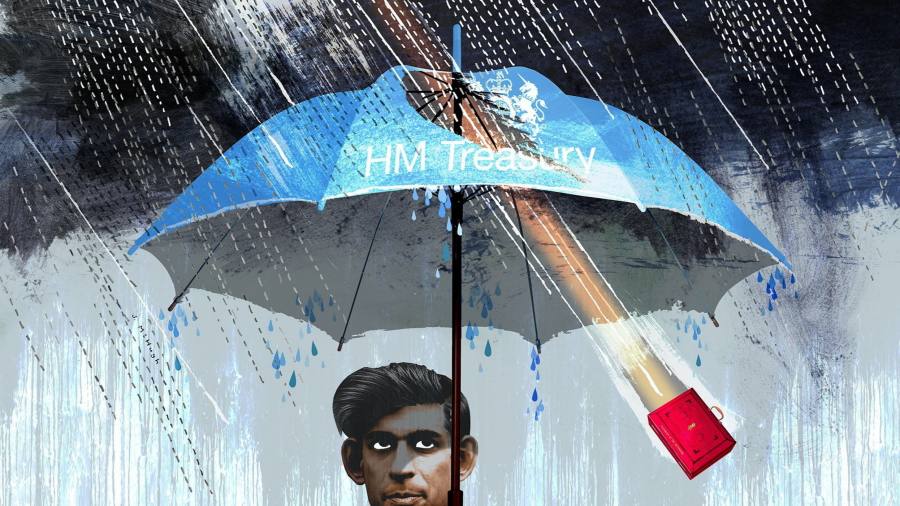 
The writer is director of the Institute for Fiscal Studies

After the political and market upheaval of the past six weeks, Rishi Sunak and Jeremy Hunt, the new prime minister and chancellor, face two separate but intimately related economic challenges. The first is rampant inflation and the consequent “cost of living crisis”. The second is a slowing economy and consequent deterioration in the fiscal outlook.

The latter has taken centre stage of late as the ill-judged “mini” Budget demonstrated all too clearly the constraints within which the government is working. Concurrent large fiscal and current account deficits made markets seriously nervous when big, unfunded tax cuts were announced. Thankfully, most of those cuts have been abandoned and the markets have calmed down. But this was a serious warning shot. Fiscal credibility is going to be high on the government’s priority list.

What will constitute such credibility is not yet obvious though. It seems likely that the Office for Budget Responsibility will say that, without policy action, we are perhaps some £30bn away from even stabilising debt as a fraction of national income a few years out. But what to make of that number? After all, £30bn is not much at all when looking three or five years into the future. The uncertainty surrounding such forecasts is huge. The fiscal situation could turn out far better, or far worse, than that. Relatively small changes in inflation or growth could wipe out that gap, or double it.

Under those circumstances it would not be unreasonable for the chancellor to say he will “wait and see”, take no precipitate action and promise some unspecified spending cuts or tax increases later on if they prove necessary. Alistair Darling did something similar in 2009. The trouble for Hunt is that, following the disastrous “mini” Budget, markets may require more certainty and more upfront action. That is a desperately hard judgment. Get it wrong in one direction and we risk another damaging rise in interest rates on gilts, and perhaps a fall in the value of sterling bringing yet more inflation. Get it wrong in the other direction and unnecessary pain is visited upon household incomes or public services.

This is where the cost of living crisis meets the fiscal challenge. Government has at least three big trade-offs to make.

First, what is to be the scale of the package to reduce energy prices or support incomes in the face of surging gas and electricity bills? One of the chancellor’s first actions was to row back on the promise to keep all our energy bills pegged for the next two years. That huge, untargeted intervention could easily have cost more than £100bn, with much of the subsidy going to households which don’t need it. Limiting that intervention to six months and promising a better-designed and more focused package was the right thing to do. The scale of the new policy will need to weigh support for those households that need it and demand in the economy on the one hand, and higher borrowing on the other.

Second, there has been much speculation about whether pensions and working age benefits will rise in line with inflation next year. Between them these cost more than £200bn a year, so each 1 per cent difference in uprating is serious money. If we were to uprate all such benefits in line with earnings rather than prices for two years that could save around £20bn — perhaps closing a good chunk of any forecast fiscal gap in one fell swoop.

At the same time, though, that would expose some of the poorest in the country to serious hardship. Because of the lag between inflation and when benefits actually increase, even if they are to rise next April in line with September’s inflation as is normal practice, they will still be 6 per cent lower in real terms than they were two years ago. Additional real terms cuts, at least for working age benefits, feel implausible, especially given the need to support people in coping with their energy bills.

Third, government directly employs more than 4mn public sector workers. Current public finance forecasts are based on spending decisions made a year ago when inflation was expected to be running at between 2 and 3 per cent, with pay rising at a similar rate. Instead, most public settlements have averaged around 5 per cent this year — both a big real-terms cut for workers and a lot more than was budgeted for by their employers. A very similar trade-off will exist next year. The idea that we can cut real public pay by 10 per cent over two years, on top of what have been significant real cuts since 2010, seems extraordinary. If we don’t, and if no more money is made available, then big public sector job losses look all but inevitable.

The truth, of course, is that Brexit, Covid-19, the energy crisis and political dysfunction have made us much poorer than we might otherwise reasonably have expected. When we are poorer, everything gets harder. While there is huge uncertainty over the scale of what needs to be done, it is clear that there is no escaping some tough choices: namely, how to distribute the pain between taxpayers, benefit recipients and those who work in and use public services.

If we have learnt one thing over the past month it is that the option to push much more of the pain on to future generations by increasing borrowing is, if not closed, then certainly not costless.

Latest Buccaneers Loss Shows That Even If Tom Brady Rebounds, It May Not Be Enough | News, Scores, Highlights, Stats, and Rumors