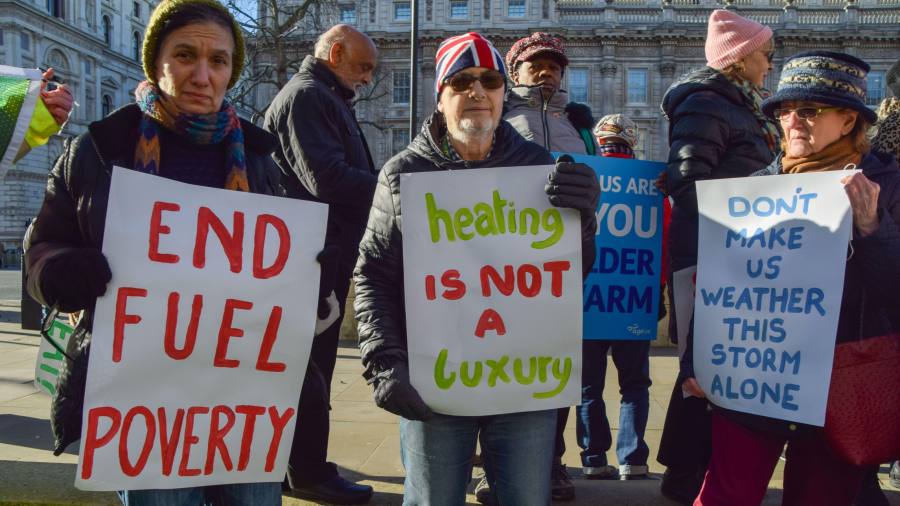 
The decision to limit the “energy price guarantee” scheme to six months will leave 11mn British households in fuel poverty from next April unless the government ensures all of them receive targeted support, campaigners have warned.

New chancellor Jeremy Hunt announced on Monday that the government would renege on the commitment made last month to shield households from soaring energy bills for two years by limiting the average annual bill to £2,500.

From April, he said the state would provide more targeted help only for the most needy households without providing any details. He said the Treasury would launch a review to decide how to reshape the scheme, which would “cost the taxpayer significantly less”.

The decision to scrap the two-year universal scheme will see the average annual energy bill jump to more than £4,300 from April, according to the consultancy Cornwall Insight.

That curtailing of the domestic support scheme brings it in line with the separate package for businesses, under which companies will only get universal support for six months before ministers switch to a more targeted programme for “vulnerable” industries.

The End Fuel Poverty Coalition estimated that the number of people in fuel poverty would jump from 7mn to 10.7mn in April without fresh support from the government.

“The government may have brought some stability to the markets, but it has come at the cost of huge instability in households’ finances,” said Simon Francis, co-ordinator of the End Fuel Poverty Coalition.

“The new chancellor must work quickly, and with consumer groups and charities, to design a new package of support and energy market reforms that will help those in fuel poverty now and post April.” 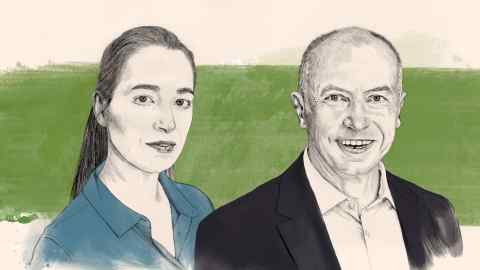 Downing Street on Tuesday repeated Hunt’s assurances that the most vulnerable people would continue to receive support beyond April. “We want to provide certainty for the public about what goes next,” a spokesperson for prime minister Liz Truss said.

But the spokesperson said they could not provide any guidance on how many people would continue to receive help beyond April, or what form it would take. “The Treasury is working with Beis [the business department] and others. We are conscious we want to provide detail when possible.”

Sir Ed Davey, leader of the Liberal Democrats, called on the government to keep the energy price guarantee for a year instead of six months. “Millions of struggling families are facing a double whammy next year of sky-high energy bills and soaring mortgage rates,” he said. “The reality is a huge number of people are going to be in dire need of help.”

Tory MPs are also concerned about many families higher up the income scale who may not be eligible for the new help but would still struggle with a spike in energy bills at a time when mortgage rates are rising.

“Cutting back the energy support may help steady the financial markets but it’s going to make the political situation even worse next spring,” said one Conservative backbencher.

Helena Bennett, head of climate policy at think-tank Green Alliance, urged the government to roll out a programme to make homes more efficient: “Swiftly announcing a nationwide programme of home insulation would help to plug the hole in the nation’s finances.”

The End Fuel Poverty Coalition said changes should also be made to the way bills were calculated, including abolishing the so-called standing charge for a connection to the energy networks, regardless of whether any gas or electricity is used. This has risen by around 86 per cent since winter last year and adds around £371 a year to bills.

The standing charge also includes the cost of rescuing customers of suppliers that have collapsed. This adds around £94 a year to bills but will rise next year once the cost of Bulb, one of the largest failed suppliers is included.