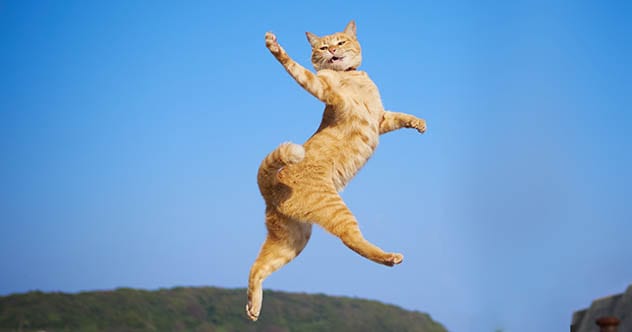 Animal behavior is a classic example of a topic most of us believe to be more knowledgeable about than we really are. Often, we turn out to be wrong because we should have checked our sources. However, it could also be because humans have a tendency to try to find their own habits in other species or because we have outdated information that has been disproven since our parents and teachers first mentioned a particular animal.

Here are 10 animal behaviors that humans think they may know… but might be surprised to find they’re all wrong.

Related: 10 Animals That Use Bizarre Methods To Kill Their Prey

Some people think opossums are adorable, while others hate them. But most people make two false assumptions about them: first, that English speakers are allowed to drop the first “o” when talking about them, and second, that trapped opossums feign death to scare off would-be predators. Indeed, the fuzzy creatures will fall down, tongues lolling out, discharging their bowels; they’ll lay—seemingly dead—for minutes to hours on end, making them not only appear dead but also smell too bad for most animals to eat. Humans have mistakenly assumed that this behavior was intentional for so long that “playing opossum” (or, colloquially, “playing ‘possum”) is a commonly used English expression for playing dead.

The sad truth is that the little animals involuntarily enter a catatonic state when taken by surprise. The phenomenon is closer to them being nearly scared to death. They can’t control it, and—what’s worse—they cannot get out of this state which lasts from several minutes to several hours, no matter what’s being done to them. Though their smell might dissuade most predators, opossums become incapable of defending themselves from being moved, injured, or killed.[1]

Raccoons look adorable when they take their food to a water source and “wash” it. However, they aren’t actually fussy eaters who worry about germs. What they are, in fact, are extremely tactile animals. They have four to five times the number of nerve endings in their paws that most mammals have. Therefore, they glean a lot of information from touching things. And it turns out that wetting their paws improves the nervous response to tactile input. That is why raccoons “wash their food.”[2]

8 Not All Fireflies Are Looking to Mate

Fireflies, the common name for members of the Lampyridae family, light up our summer skies. Incredibly, there are more than two thousand species of the little beetles. They may all look the same to us, but there sure are distinctions and variations among them. We tend to assume that they light up in order to find mates, and predictably, that is the case for many of them.

However, not all fireflies are on the prowl in the same sense at night. Some of them use their phosphorescent lighting abilities to hunt. And some even use it to attract lightning bugs of a different species in a fake mating call. The unknowing bug will then fly over to them, only to get trapped and eaten.[3]

7 Ostriches Don’t Stick Their Heads in the Sand

We all know the expression, “Don’t stick your head in the sand!” It is often associated with the idea of running away from one’s problems. In an extremely bizarre example of anthropomorphism, humans have thought ostriches literally stick their heads in the sand when scared.

Aside from the fact that they would not be able to breathe with their heads in the ground, ostriches aren’t actually dumb enough to think that not seeing danger would actually make it disappear. No potential prey animal that survived that long could possibly have such terrible instincts!

In reality, what looks like ostriches sticking their heads in the ground, is just them putting their beaks into their nests to turn their eggs a few times a day.[4]

6 Lemmings Do Not Commit Mass Suicide

We all know the sweet—albeit disturbing—image of one lemming jumping off a cliff and the rest of the group following. Much like ostriches, lemmings don’t actually have bad survival instincts. They do, however, migrate when their population density becomes too great.

In the case of migrations, they’ve been known to try to cross a body of water that turns out to be too large for their endurance capacity, in which case many of them will drown. They’ve also been known to accidentally fall off the edge of a cliff.

For the longest time, their behavior and the resulting lemming corpses were inexplicable to humans, causing false theories about lemmings falling out of the sky, exploding, swimming into the ocean until they drowned, and jumping off cliffs.

Most notably, perhaps, these misconceptions were reinforced by the 1958 Walt Disney documentary White Wilderness.[5]

5 Skunks Do Not Spray Every Time They’re Scared

Under the impression that skunks always spray larger animals, most people panic when they encounter one. In reality, skunks spray as rarely as possible. Indeed they try to avoid using their glands whenever they can because the liquid they secrete is limited and will fully empty itself out before getting replenished. Depending on the skunk, they can spray up to six times before they need to wait two weeks for their glands to recharge. In those two weeks, they are, of course, extra vulnerable. So skunks do, in fact, employ any other method to get away from predators before they resort to spraying.

On an interesting side note, skunks warn us that they are about to spray by doing what looks like a very specific little dance. It involves stomping on the ground and handstands, depending on the species of skunk—though, of course, what we see as a “warning dance” is, in reality, a way to attempt to scare us away. And it will work on any knowledgeable human![6]

4 Cats Always Land on Their Feet

Cats are extremely good at jumping, balancing, and righting themselves during a fall. Among other things, their whiskers (which do not only exist on their faces but also on the backs of their legs) help them orient themselves and keep their balance.

However, they do not always land on their feet. It’s a great evolutionary tool, but it isn’t magic. If a cat falls from too short a distance and can’t course correct or if it’s overweight, it might very well have a bad fall and injure itself or die. If you are an apartment-dwelling cat owner, keep your windows closed…[7]

3 Cats Don’t Play with Their Prey

So why do they toss their food around instead of just killing and eating it? Simply put, all cats are highly specialized predators. They are incredibly well-built killing machines from their prey’s perspective, but if anything goes wrong, they can quickly get injured and die. Therefore, they have to be very careful in their hunting technique and avoid any risk of getting scratched or bit back.

Cat owners will, for instance, notice that the mice their pets bring home never die from a bite but almost always from a broken spine, where the cat tossed the mouse with a strong flick of its paw instead of risking getting its face too close to the little rodent.[8]

2 The Alpha Wolf Doesn’t Beat Down the Pack

We used to believe that wolves (and, by extension, dogs) fought for dominance and that the most dominant male or female of the species became their leader. However, more recent research has disproven this theory.

Indeed, it would seem that the pack leader is no more than the most prolific breeder, who consequently has the most children in the pack, and that wolves and dogs very much just know that “father/mother knows best” and follow their parents’ guidance.

What’s even more interesting is that most wolf “packs” actually turn out to simply be singular wolf families. In that case, the supposed alpha doesn’t even need to outbreed anyone. They are simply pack leader by the fact of being the parent.[9]

1 Pandas Excel at Mating—in the Wild

Giant pandas are famously kept in captivity in an effort to save the species from extinction. They’re adorable, have the most useless eating habits (they almost exclusively eat bamboo, which has such poor nutritional value to them that they need to eat up to eighty-four pounds of it a day), and have been branded as inept at surviving.

In an incredible twist of irony, though, it turns out that giant pandas barely mate in captivity. The females are only fertile for a very brief period of time. When set up in a scientific context, neither the males nor the females seem particularly interested in copulating. The funny (and very sad) fact is that, in the wild, pandas have no libido problems at all. In fact, it’s hard to put delicately just how much sex they have…

Now that doesn’t mean they wouldn’t die out if left alone. But it sure says a lot about humans that we think any male and female of a species will reproduce if we just lock them up together…[10]

Every Main Character In Band Of Brothers Ranked Worst To Best