5 have been killed by a North Carolina shooter, suspect has been ‘contained’ : NPR 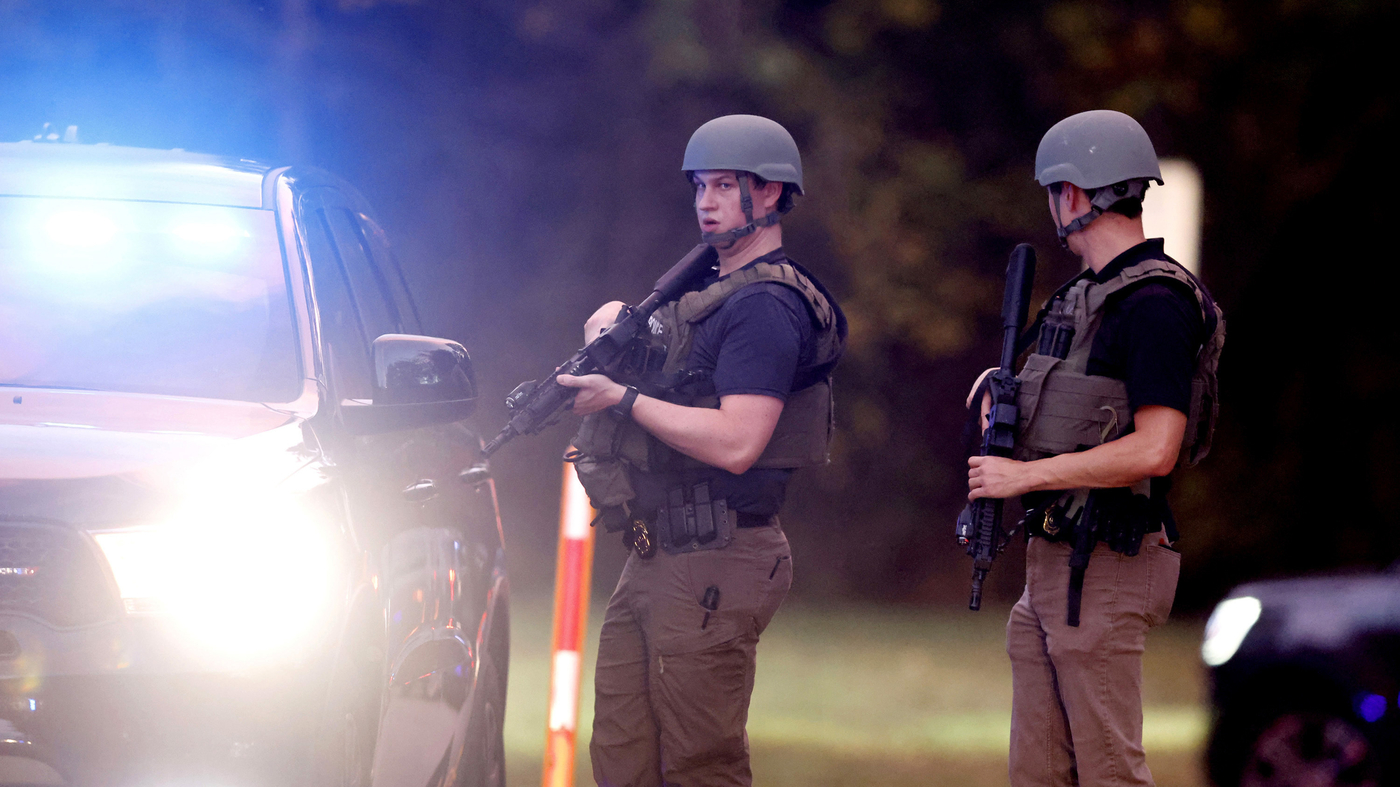 RALEIGH, N.C. — A North Carolina mayor said that five people including a police officer were killed in a shooting in a residential area.

Mayor Mary-Ann Baldwin said that multiple people were shot on the Neuse River Greenway around 5 pm.

She said that the police department told her around 8 pm that the suspect had been “contained” at a residence in the area.

THIS IS A BREAKING NEWS UPDATE. AP’s earlier story is below.

North Carolina city officials said a suspect has been arrested after shooting and wounding at least four people in a residential neighborhood on Thursday.

The city of Knightdale tweeted that a suspect was in custody, after the shooting in the neighboring city of Raleigh.

Numerous police vehicles and multiple ambulances swarmed the Hedingham neighborhood starting in the late afternoon, and officers remained in place for hours during an apparent manhunt. Details of what happened remained scant by early evening.

“State and local officers are on the ground and working to stop the shooter and keep people safe,” Gov. Roy Cooper had tweeted shortly before 7 p.m.

At least four people connected to the shooting were being treated at WakeMed Hospital in Raleigh, but no other information was immediately available, hospital spokesperson Deb Laughery said.

The Raleigh Police Department said it was “on the scene of an active shooting” in a statement via Twitter, and advised residents in multiple neighborhoods to stay indoors.

Police closed off several streets in the area, and numerous law enforcement vehicles could be seen parked both in the street and in the driveways of two-story homes. The neighborhood borders the Neuse River Greenway Trail, and is about 9 miles (14 kilometers) from Raleigh’s downtown.

At least four people connected to the shooting were being treated at WakeMed Hospital in Raleigh, but no other information was immediately available, hospital spokesperson Deb Laughery said.

A police spokesperson did not immediately respond to messages seeking comment. A media briefing was scheduled for 8:30 p.m.

Brooke Medina was driving home at around 5:15 p.m. when she saw about two dozen police cars, both marked and unmarked, race toward her neighborhood as she got off the highway. She then saw ambulances speeding the other direction, toward the closest hospital.

She and her husband, who was working from home with their four children, started reaching out to neighbors and realized there was a shelter-in-place order.

The family closed all of their window blinds, locked the doors and congregated in an upstairs hallway together, said Medina, who works as a communications vice president at a think tank. Thee family listened to the police scanner and watched local news before going back downstairs once the danger seemed to have moved further away from their home.

“We’re just going to hunker down for the rest of the night and be very vigilant. Keep all of our lights on, doors locked,” she said.

She described Hedingham as a sprawling, dense, tree-lined neighborhood that’s full of single-family homes, duplexes and townhomes that are more moderately priced compared to other parts of the Raleigh area.

Medina said she often takes her kids on bike rides along the greenway during the day, but typically brings pepper spray along just in case.

“There’s a lot of places one could disappear,” she said.

How to Ease Symptoms of Perimenopause, according to an Integrative Dietitian