Ten Authors Who May Be the Next Stephen King 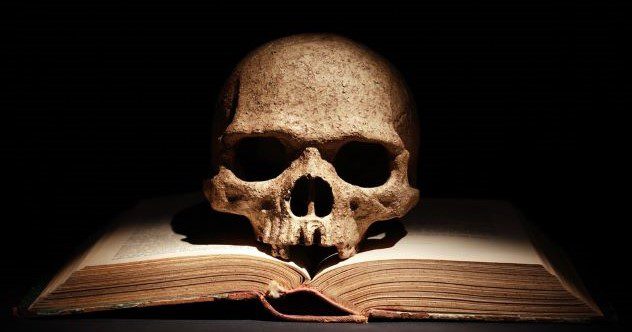 Stephen King is the “King of Horror” (pun intended). No doubt about it. Since scribing his first book Carrie in 1974, the Master of Screams has published over 60 novels, including Cujo, It, Misery, and Pet Semetary. He has solidified himself as one of the best authors ever. Evil clowns, rabid dogs, evil zombie children… what more could a horror nut like? As a huge fan, I would like him to live for thirty more years (which could happen), but we all know he’s getting up there in age (75) and can’t live forever. Or can he?

So, who could succeed this wizardly wordsmith and continue giving us bags under our eyes? I compiled a list of ten amazing writers who have taken the world of horror fiction by storm. Who will take the reins and sit on the horror throne?

If you like to be scared and have your boundaries pushed, this first author may be for you. Stephen Graham Jones has written such jewels as Mongrels, Night of the Mannequins, The Only Good Indians, Attack of the 50-Foot Indian, and My Heart Is a Chainsaw. Don’t his titles just draw you in? His authorial voice leaves aspiring authors in amazement and readers begging for more nightmares. He is a Blackfoot Native American born in Texas. And prolific AF: He has written twenty-two novels, all before the age of 50. His next book, The Babysitter Lives, is out on bookshelves now. Check him out!

Don’t believe me? Look at what the master himself said about Jones’s new book. “I enjoyed The Babysitter Lives very much. It’s perfect for audio, as really scary stories always are, and this one is really scary. Perfect for a long car ride… especially when you’re almost out of gas and you start wondering if maybe someone has gotten into the backseat and will lurch into the rearview mirror.”[1]

Literature is lined with second-generation authors: A chip of the old block, the apple doesn’t fall too far from the tree, etc. Our next candidate for the “King of Horror” throne may have inherited it already because his father is the legend himself. However, Hill (Joe Hillstrom King) didn’t want to ride his father’s coattails, so he decided to write under a pseudonym. And he was able to stay off the “King” radar for ten years.

Joe Hill is the second child of Stephen and Tabatha King. His father certainly passed down some skills because Hill has certainly delighted readers with his work. A New York Times Bestselling author, Joe Hill has penned such works as Horns, 20th Century Ghosts, and The Fireman. He has won the Bram Stoker Award, and his works NOS4A2 and Locke & Key have been adapted for AMC and Netflix, respectively.[2]

A self-proclaimed King-o-phile, New York Times bestselling author Grady Hendrix stated he has read all of King’s works at least once, which is a huge feat in itself. His best-selling novel, Horrorstör, put him on the map with horror lovers everywhere.

You may soon see his books The Southern Book Club’s Guide to Slaying Vampires and The Final Girl Support Group on your television sets. Say what you want about this writer, but he sure enjoys his long titles. His latest work, How to Sell a Haunted House, will hit bookstores on January 17, 2023. His new novel explores the way your past—and your family—can haunt you like nothing else. Spooky.[3]

Winner of the American Book Award for her novel The Living Blood, Tananarive Due dove into the horror fiction scene in the ’90s, including her African Immortals series starting with the novel My Soul to Keep and ending with My Soul to Take. She was featured in the 2019 Shudder documentary film Horror Noire: A History of Black Horror. She teaches a course at UCLA on Black horror, showcasing Jordan Peele’s Get Out. She and her husband wrote “A Small Town,” an episode on Peele’s The Twilight Zone. No stranger to prestige, she has been nominated for a Bram Stoker Award twice. I can’t wait to see what more she has in store for us.[4]

This famous Brit brought the super creepy Coraline into children’s nightmares everywhere. His critically acclaimed The Graveyard Book—for which he was the first author to have won both the Newberry and the Carnegie medals—was inspired by Rudyard Kipling’s The Jungle Book. His comic book series The Sandman currently tops the charts on Netflix. His writing is superb and versatile. Everyone can’t wait for his next work of art. A bonus for his readers, Hollywood has adapted many of his works, including Coraline, Good Omens, American Gods, Stardust, and The Sandman. He has even played the voice of Snowball on The Simpsons in “Treehouse of Horror XXVII.”

On a separate note, I want to invite you to participate this year in ALL HALLOWS READ. Check out this public service announcement by the great himself as Neil Gaiman encourages readers to give a scary book to someone else for this Halloween. Visit www.allhallowsread.com for an amusing explanation of All Hallows Read.[5]

Is anything scarier than the Donner Party? Add a dash of evil, and Alma Katsu’s The Hunger will gut-punch you with nightmares for weeks. This Asian-American writer from Alaska is building quite a collection of creepy tales, including the Faustian Taker Trilogy, The Deep, and Red Widow. She was a finalist for the Bram Stoker Award for Superior Achievement in a Novel and Locus Award for Best Horror Novel. Her newest novel, The Fervor, looks psychotically creepy. Yikes![6]

This master of the craft published her first novel before Mr. King, and she’s in a category of her own. Just as prolific as the Master of Horror, Joyce Carol Oates is one of the most versatile writers on Earth, publishing 58 novels, hundreds of short stories, and numerous poems. She is a winner of the Bram Stoker and countless other awards, even a finalist for the Pulitzer for Fiction five times! This woman just never stops writing: Her work is currently in the Ellery Queen Mystery Magazine, The New Yorker, and others. Zombie and We Were the Mulvaneys are just a few of her great works. Babysitter releases into bookstores everywhere in October 2022 and sounds amazing. It sounds like a book I’ll be checking out.[7]

This writer from the Pacific Northwest has shaken me to my core with his writing. No lie, I have had a long bout with insomnia because of his multiple books. Cult classic Chuck Palahniuk has kept his writers on edge for years. His debut novel Fight Club (also, a movie adaptation directed by David Fincher and starring Brad Pitt, Edward Norton, and Helena Bonham Carter) put him on the literary map. Still, his different horror novels have been etched into readers’ souls. Known for his twists and turns, Palahniuk pushes audiences to levels like nobody else.

Experimental, edgy, and thought-provoking, all his works will go down in history as literary gems. Adjustment Day, Lullaby, Haunted, Damned, and Invisible Monsters are just a few of his spine-chilling novels. In addition to his novels, he has written some of the scariest short stories in our lifetime, including “Guts,” “Cannibal,” “Zombie,” and “Phoenix.” According to Palahniuk, “Guts” has caused more readers to faint than any other short story in history. This man certainly has a claim to the horror throne.[8]

This next author hit the literary world by storm during the pandemic and gave readers even more fears to deal with. Born in Mexico, Silvia Moreno-Garcia joined the New York Times Bestseller’s List with her Bram Stoker-nominated Mexican Gothic. Her other novels Velvet Was the Night and Gods of Jade and Shadow have also won awards. Critics and readers alike have fallen for this young author. Her novel The Daughter of Doctor Moreau, a dreamy reimagining of The Island of Doctor Moreau set against the backdrop of nineteenth-century Mexico, is definitely one for your to-be-read list. Sounds great.[9]

Last but certainly not least, this next author, New York Times bestselling author Josh Malerman became a household name after his adaptation crushed records and broke the internet with hilarious memes. Remember those? This cultural phenomenon, Netflix’s Bird Box crushed records with 45+ million viewers in 2018. His novels Goblin, Bird Box, and Malorie have brought chills to his readers. His latest novel Daphne hit shelves in September 2022. It is about a brutal, enigmatic woman who stalks a high school basketball team in a reimagining of the slasher genre. Beware, it will scare your sandals off![10]

Wakanda Forever Are ‘The Opposite’ Of Aquaman

2022 Men’s World Cup: Winners and Losers of the Group…