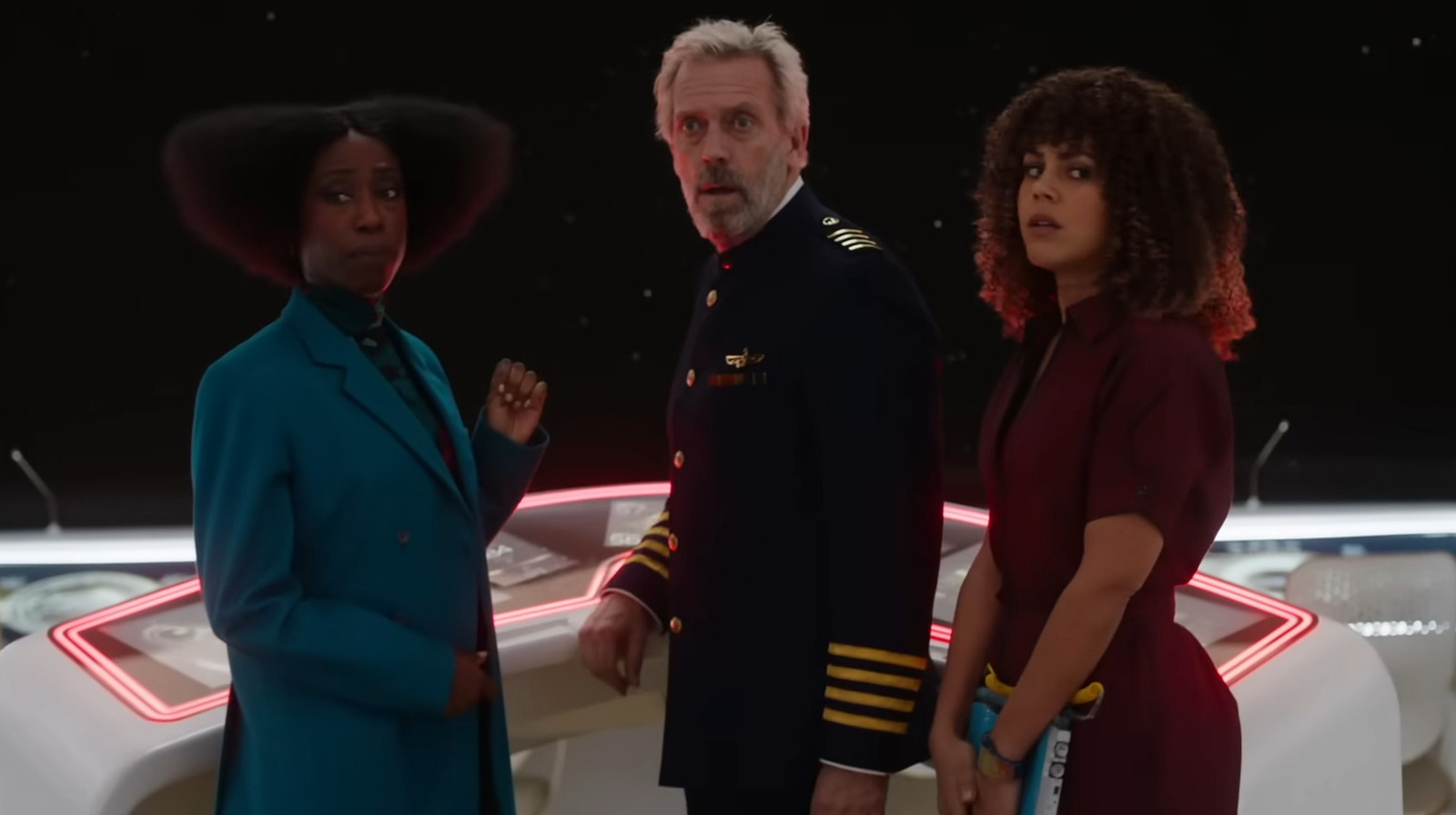 
I asked Laurie and Iannucci about this vision for the future, including whether it was always planned or if it’s something that came up organically in the writer’s room. Iannucci said:

“I like to fill in some of the details as we go along. I have an overall conception of what it must be like on earth. You see a map at some point, and you can see the Eastern and Western seaboard of America have come in by some considerable distance. We’ve run out of, was it camels and fruit … “

The fruit makes sense, since we’re killing all the bees, but what happened to the poor camels? There are so many nods to things like the weird death of Richard Branson, a Beatles skull on display, and a certain “Harry Potter” star having an unfortunate incident (which I’m sure he’d laugh at). It’s brilliant. NASA still exists, but America is a bit different. Laurie recalled, “America is now basically the Louisiana Purchase and nothing else.”

The scariest thing is Toto POTUS, the additional President of the United States that takes the form of an Alexa device. Yes, there is more than one. Iannucci explains:

“I think it’s in episode 5, we see that Toto POTUS is actually all the children grown up of the big tech companies running the country. But somebody told me that’s precisely what they want to do. That’s precisely what some of them think should be done. Because they have all our data, why shouldn’t they run the country? So that’s the frightening thing. We reinvent something and then realized, “Oh God, it’s true.”

If that doesn’t make you run screaming into the rising sea, nothing will.

Snap a photo of your living room, and InteriorAI will redesign it