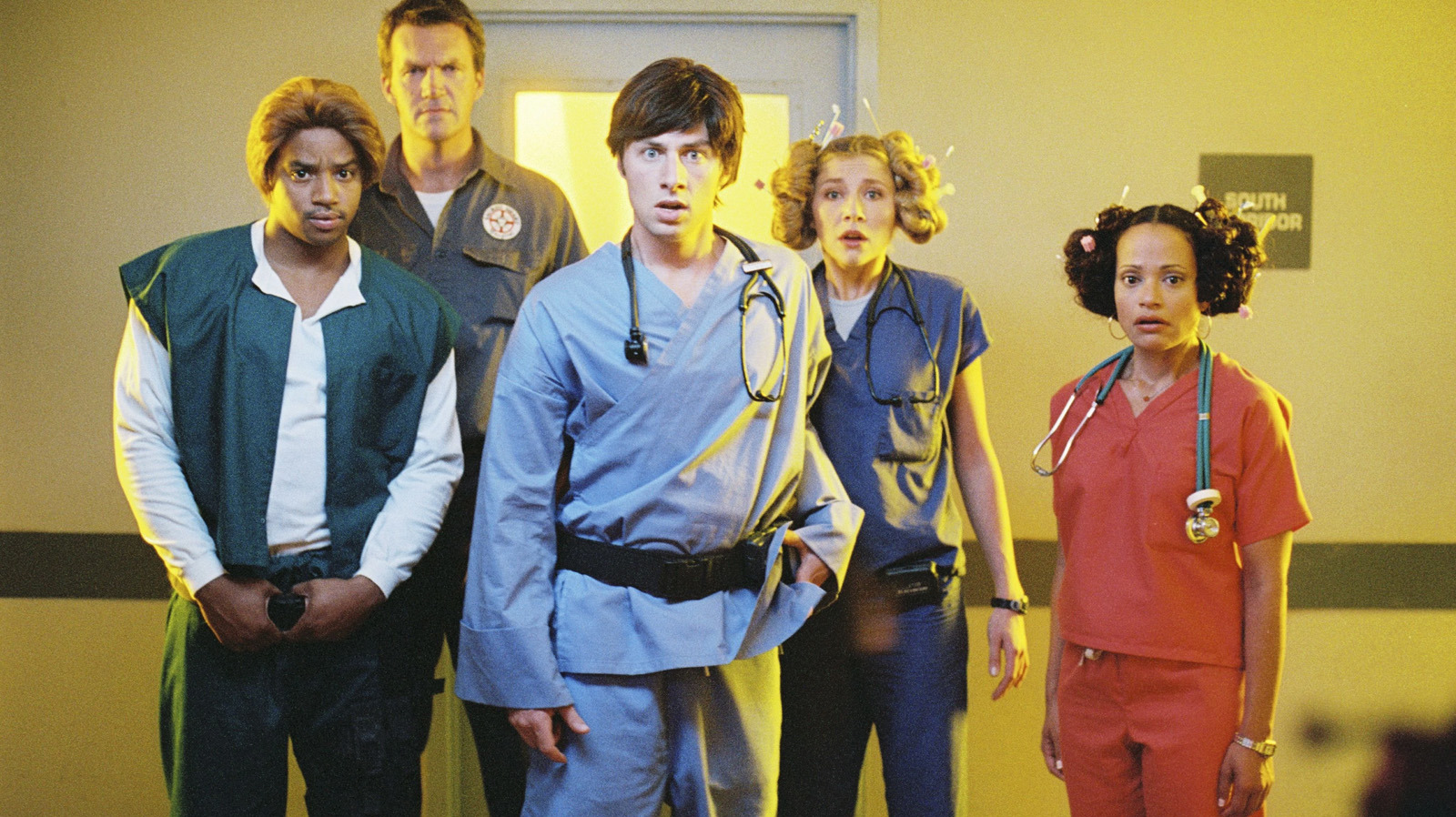 
When was “Scrubs” at its most absurd? Most fans would probably point to seasons 5 through 7. The season 6 premiere in particular marked a clear shift in the show’s tone, as it opened with JD fainting in front of a bunch of elderly gay men who were hanging out at the porch he bought. The “old queens,” as JD called them, then kidnapped unconscious JD and brought him to Las Vegas. JD woke up in the middle of his wedding to one of them, ran away, and ended up stumbling onto the stage of a Blue Man Group performance, where he was promptly attacked, arrested and had to be bailed out of jail by Turk.

The same episode features the Janitor (Neil Flynn) hanging JD up on a flag pole and forcing him to act like a flag. All of this happened within the reality of the show, and things only got stranger from there.

One fun outlandish moment the cast pointed to was in the season 5 episode “My Five Stages,” in which the Janitor built a giant home-sized sandcastle in the hospital parking lot. Neil Flynn recalls a confused Zach Braff remarking while they filmed the scene, “But this … we’re not fantasizing at the moment, that means this exists.”

10 Things You Didn’t Know about the U.S. Coast Guard