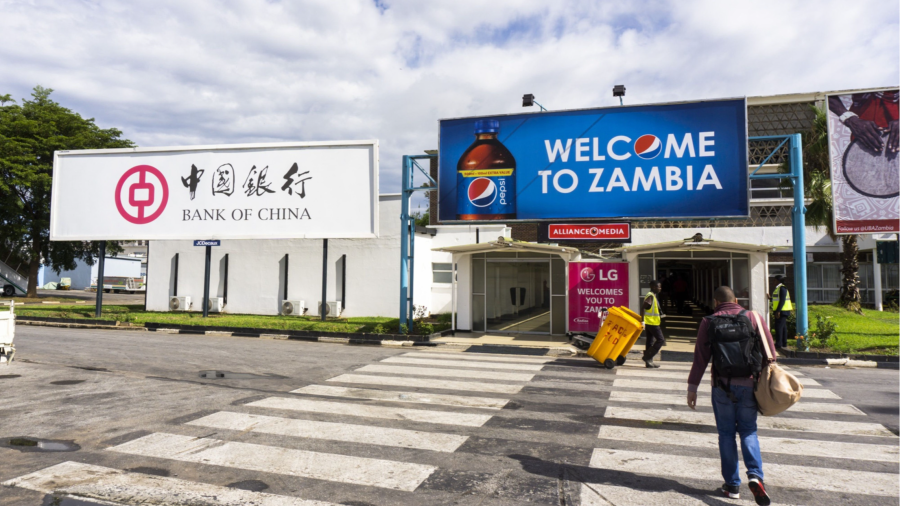 
Brad Setser is a senior fellow at the Council on Foreign Relations and a former Treasury Department official.

A successful sovereign debt restructuring requires a host of creditors to agree to changes in the financial terms of a country’s debt. Yet as the recent debate on FTAV has shown, the “architecture” for getting creditors to agree on what changes are needed is currently unsettled.

A surge in lending by Chinese state institutions has disrupted existing norms and institutions for co-operation. There is not full agreement on even basic questions like whether Chinese lenders are public or private. Moreover, the bond market also briefly opened up to a set of “frontier” markets that previously only borrowed from official institutions on concessional terms, adding another layer of complexity.

Zambia’s slow restructuring is a direct consequence of the absence of functional agreement around the right process for working through debt problems in low income countries when concessional lenders, China policy banks and high coupon bonds all have overlapping financial claims.

First, some background. The Highly Indebted Poor Countries initiative (HIPC) reduced Zambia’s public external debt from $6bn to under $2bn back in 2006. But Zambia then went on a borrowing spree, with three bond issues and a massive splurge on Chinese backed infrastructure projects jacking up its public external debt up to $20bn at the end of 2021.

That is a very large stock of external debt for an economy that has had a reported GDP of $20-25bn over the past few years. By any realistic standard Zambia took on more debt than it can service — and in 2020 it finally defaulted.

And after years of no apparent progress in its talks with creditors, Zambia is now poised to set what could become the firsts real norms for a somewhat revised process for restructuring the debts of low-income countries now that Chinese institutions are among the most important global creditors.

Ultimately, this means setting guidelines for the participation of big Chinese state lenders in globally co-ordinated restructurings. Of course, traditional bondholders also matter, but the restructuring of Zambia’s three bonds is technically straightforward compared to the restructuring of the debts owed to China’s state creditors.

The good news is that it finally appears that Zambia, the IMF, the traditional “bilateral” creditors and China have finally agreed on a process for restructuring the lending of China’s state banks. That bad news is that it took two years to agree on how China’s banks should organise themselves to participate in an internationally supervised debt restructuring process — and there still isn’t agreement on the actual terms that individual Chinese lenders will take.

Inside China, the line between the public sector and the private sector is infamously blurry. China’s outward lending also blurred any clean lines between public and private, and between policy and commercial lending.

To the rest of the world, China’s ca $800bn lending spree looked like a co-ordinated push to increase the influence of China’s government. But many of the Chinese state institutions that participated in China’s “Go out” project and “Belt and Road Initiative” view themselves as commercial institutions making commercial loans with the expectation of a commercial return.

This matters, as the traditional debt restructuring for poorer country is built around separate restructuring processes for “public” and “private” creditors.

It was relatively easy for China to agree that the Export-Import Bank of China should be considered a public (ie an official bilateral) creditor. After all, other countries’ export credit agencies are also treated as public bilateral creditors. But China has maintained that its other large policy bank, the China Development Bank, and the main state commercial banks should be viewed as private, commercial lenders rather than as public bodies. Plus, one of Zambia’s largest individual loans — for the Kafue Gorge hydroelectric facility — was financed jointly by the (public) Export-Import Bank of China and a group of China’s (umm, private) state commercial banks.

The key breakthrough that seems to have China’s creditors to organise themselves was revealed in a footnote in the documents setting out Zambia’s IMF program.

A number of China’s “commercial” loans were guaranteed by China’s export credit agency (Sinosure) and thus count as official bilateral debt. If this proves to be a broadly applicable rule it should make subsequent restructurings easier.

The ambiguities of the G-20’s Common Framework have been ironed out for Zambia; vague commitments have been turned into an actual negotiating structure. About $6bn in Chinese policy and state bank lending is now considered part of the public sector restructuring and will be restructured alongside $2bn from other bilateral creditors, in a process that will be co-chaired by France and China’s government.

Roughly $1.5bn in commercial bank loans (including some state commercial bank loans from China it seems) will be restructured alongside a similar amount of payment arrears and other mismatched claims. The $3bn in Zambian bonds (together with close to $500mn in interest arrears) will be restructured through three votes. A further $3bn in foreign held local market debt and almost $3bn in concessional multilateral development bank loans will be excluded from the restructuring.

Some possible new norms thus have been set even before any financial terms have been agreed.

China won’t be part of the Paris Club, but it will negotiate alongside the Paris Club; all Export-Import Bank of China lending and all other Chinese bank lending that has an export credit agency guarantee will be “official bilateral” debt; the IMF will define public sector debt broadly and sweep in large state firms and the IMF won’t start lending until it gets financing assurances from both the Paris Club creditors and China.

That still leaves a lot of grey zones that will have to be settled in future cases.

It is possible that the lengthy negotiations needed to set up a restructuring process for Zambia’s debt has created the conditions for rapid progress in the actual negotiations. Everything important could have been pre-negotiated. Maybe. But don’t count on it.

The individual Chinese institutions involved in the process have not yet accepted new terms on their existing loans that are consistent with the IMF’s parameters. Zambia’s bondholders also haven’t agreed to anything either.

The most important sign of progress is that the IMF has identified the technical parameter that it will use to judge the outcome of the restructuring negotiations.

First, the sustainability of the restructuring will be assessed relative to Zambia’s exports, not the size of its economy. The IMF choose to focus on exports in part because Zambia’s GDP is expected to be revised — so this may not be a generally applicable precedent.

Second, external debt service on local currency bonds and MDB debt count towards the external debt targets, even though both sets of debt are excluded from the restructuring. The treatment of foreign held, local currency bonds in the external sustainability assessment is likely to establish some new precedents, as this is one of the first low-income restructuring cases where foreign holdings of local market debt are material.

Third, long-term sustainability is defined as getting the net present value (not the face value) of public external debt below 84 per cent of 2027 exports. Of course, 2027 exports aren’t explicitly estimated, but they are likely to be in the range of $15-16bn. Creditors have complained that the IMF’s proposed ratio of debt to exports is too low — but Zambia’s ratio of exports to GDP is pretty high, so this parameter is doing double work in the absence of an NPV to GDP target.

Fourth, debt servicing in 2025 and in subsequent years needs to be under 10 per cent of exports and 14 per cent of revenues. The revenues ceiling appears more binding: it implies about $1bn of debt servicing capacity in 2025. As a share of GDP this is reasonably high, so it may be less binding that the debt to exports target.

The debt reduction implied by the IMF’s criteria is also bit hidden — it isn’t the $8.4bn in debt servicing due during the program period that needs to be deferred (or forgiven). The real debt reduction requirement comes from the need to cut the $20bn of external debt at the end of 2021 down to something well under $14bn in NPV terms by 2027 — with both the multilateral debt and the local currency bonds counting toward the $14bn target.

The multilateral debt is already on concessional terms, and it consequently will not weigh heavily on the total. However, the details of the treatment of the local currency debt will matter. If the $3bn in local currency debt is all assumed to have rolled off by 2027, it will be easier to squeeze the current $17bn in foreign currency debt down to fit the target. If external investors are assumed to have a more or less permanent stock of local currency claims that constantly rolls over, there will be a bit less for other external creditors over time. The holders of Zambia’s foreign-currency bonds are understandably focused on these details.

The technical details of course matter for the calculation of actual recoveries, but the broad terms of the outcome are already clear: Chinese state lenders and foreign currency bondholders won’t be wiped out, but they also won’t be made whole.

if the bondholders don’t like the low level of debt to exports embedded in the IMF’s program, there might be a bit of flexibility. A “copper bond” should make the IMF less concerned about the absolute level of external debt even in a fragile country like Zambia — copper is almost three quarters of Zambia’s exports. Linking debt payments to the copper price (copper also generates substantial tax revenues) would be a true shock absorber. But that would have to be a part of the negotiations.

Any hope for faster progress in future debt restructurings?

The optimistic view is that Zambia will set enough precedents for the restructuring of different kinds of Chinese loan structures that it will make subsequent restructurings much faster.

The big Chinese institutions will learn how to negotiate with each other and with their own government, so to speak. Each subsequently restructuring will be a bit easier, as there is a bigger body of precedent to fall back on and less need to contest every detail of the restructuring process.

The pessimistic view is that all of Zambia’s difficulties in classifying the debts owed to different Chinese institutions will play out in future cases as well.

Every case will involve a slightly different set of Chinese lenders with slightly different forms of exposure. Case by case really could mean case by case, with ongoing disputes over who is sitting at what negotiating table as well as inevitable haggling over the financial terms. Sri Lanka is clearly next in line, and it differs just enough from Zambia in some key respects that it isn’t totally clear yet what Zambian precedents will carry over.

The only certainty: China’s two policy banks and a couple of China’s big state commercial banks have enough exposure to a broad enough set of distressed sovereigns to make this a repeated game, with new rules and expectations being set along the way.