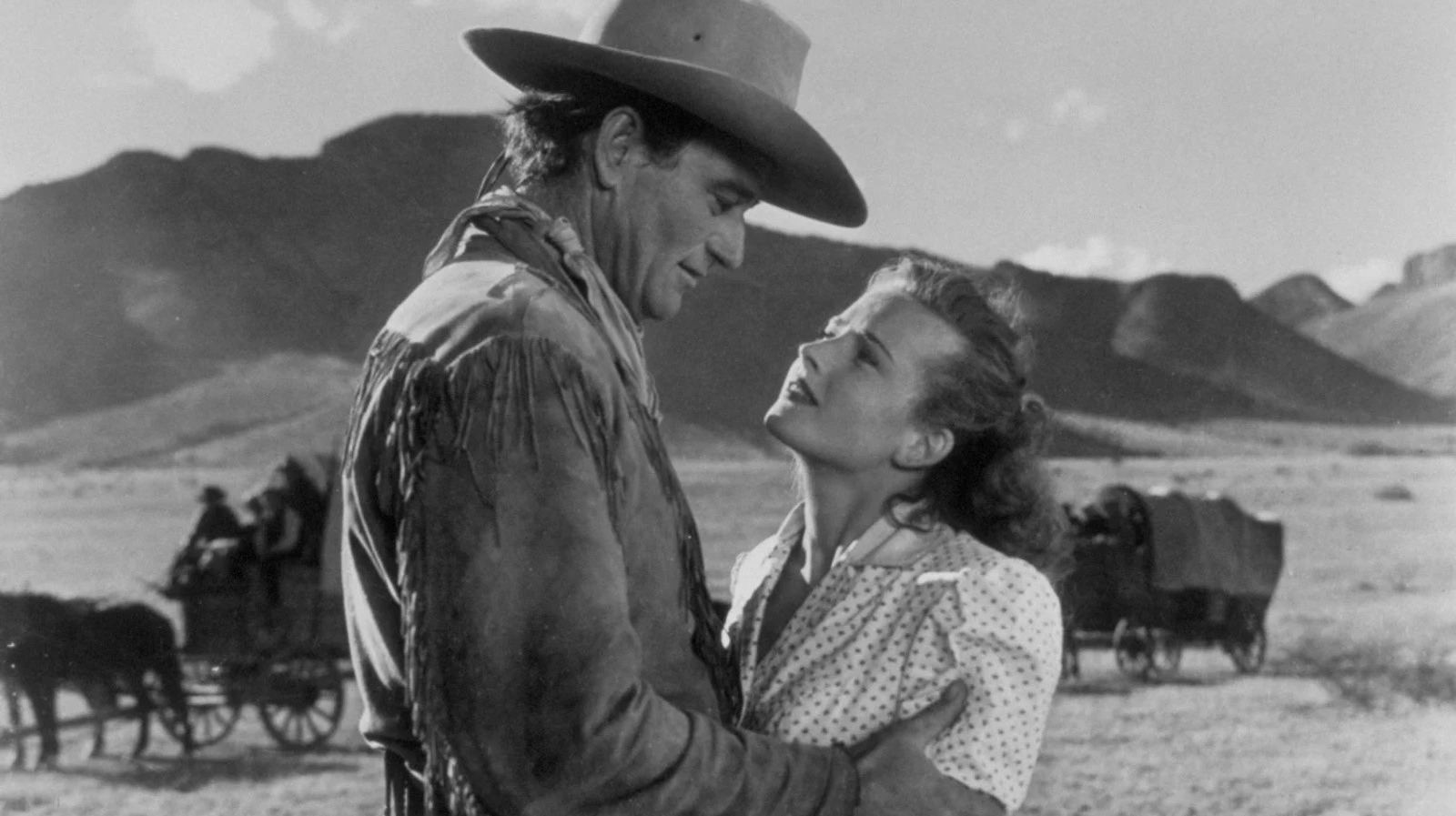 
Hughes’ attorney Lloyd Wright contacted Edward Small, a major investor in “Red River,” to arrange a screening of the disputed footage for the eccentric industrialist. Sure enough, Hughes dug in on his objections, and threatened an injunction that would delay the film’s planned September 1, 1948 release indefinitely.

Small, who’d worked with Hughes before, knew the businessman wouldn’t back down until he got his way, so he arranged a showdown of sorts between the contentious parties. Hughes and Hawks met at one of the former’s aircraft plants in Inglewood, California. According to Scott Eyman’s “John Wayne: The Life and Legend,” the two fought bitterly over a potential remedy. This forced Small to play to Hughes’ vanity:

“‘Both men were tall and lean, and I felt like the referee between two animated redwood trees,’ remembered Small. Finally, Small suggested that Hughes edit the sequence to suggest what Hawks, Feldman, and Small should do. Hughes made a few cuts, eliminating about twenty-four seconds, including a shot where Dunson’s bullet creases Matt’s cheek. Also removed were nine words of Wayne’s dialogue: ‘Draw. Go on, draw. Well, then, I’ll make you.’ As Small realized, ‘If I had made the same infinitesimal alterations, he probably wouldn’t have accepted them.'”

What to Eat in Paris Right Now, according to Musician Gracie Abrams