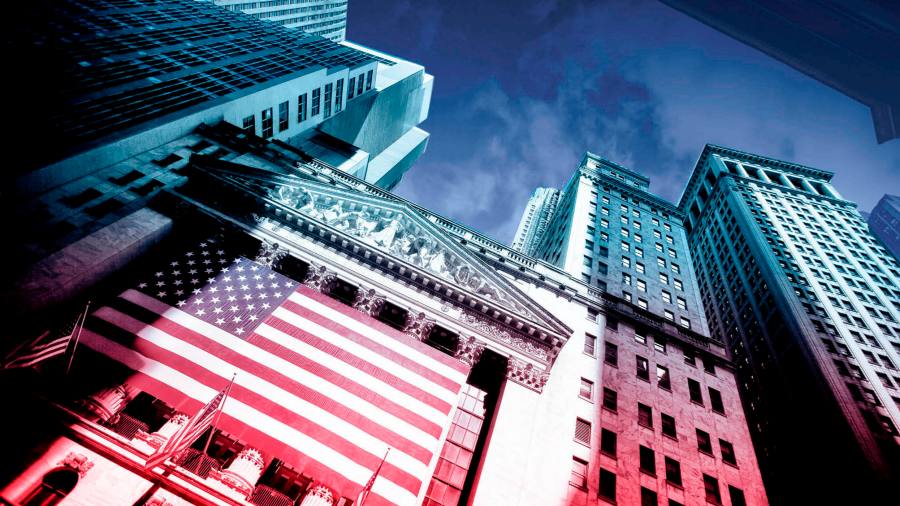 This article is an on-site version of our Unhedged newsletter. Sign up here to get the newsletter sent straight to your inbox every weekday

Good morning. The United Nations Conference on Trade and Development wants the world’s central banks to stop raising interest rates, on the grounds that further tightening risks a global recession, during which the world’s poorest would suffer most. We agree about who recessions hit hardest, but think global inflation would also be cruel to the vulnerable. Whoever’s right, it is worth remembering that the increases and declines in rich-world stock portfolios is one of the least important consequences of central banks’ terrible dilemma.

Still, that’s what we’re paid to write about. Email us: robert.armsrong@ft.com and ethan.wu@ft.com.

The question is topical. Everyone in markets is waiting for some market or institution to break. In just the past week, we have had one crisis near-miss and one pseudo-crisis.

The former was the vicious circle of liability-driven investing/UK gilt fire sale, which required the threat of a massive Bank of England bond-buying programme to extinguish. The latter appears to have been a self-reinforcing nonsense vortex, in which too much excitement about a big move in the thin market for single-name bank credit default swaps led to speculation that Credit Suisse was at risk of a 2008-style solvency crisis. Credit Suisse is covered in deep, self-inflicted wounds, but its capital and liquidity ratios suggest it is not on the brink.

The view that fear of crises encourages them to happen is grounded in bank-run dynamics. A weakened company’s liabilities get called or its counterparties take flight as speculation, some or all of it groundless, swirls.

The view that hyper-vigilance makes crises less likely is grounded in the fact that for crises to be serious, they must be surprising. People have forgotten how shocking the great financial crisis was, lulled by years of reading books and watching movies about the tiny minority of clever people who saw it coming. Most of us were utterly blindsided by the amount that US house prices could fall, how much housing exposure could be accumulated by global banks, and how reckless the men running those banks could be.

The long-held consensus is that the next crisis will centre on a non-bank financial institution. A fintech, a leveraged ETF, a big risk-parity hedge fund — all good guesses. But given how familiar these and similar guesses are, which big counterparty is going to be caught with their trousers down? That’s the crucial point about the LDI mess. Even most of us who think about markets for a living had never heard of liability driven investing. General ignorance is a crucial precondition for a truly ugly blow-up.

We know that central banks are tightening into a slowing economy, after a long bull market has crested. Recession is likely, and on the road to recession there will be accidents. But for most of us, trying to anticipate which cars will crash is pointless.

Monday’s letter with Matt Klein on Japan was so much fun to write that we wrote too much of it. Instead of dropping a 3,000-word treatise on our readers, here’s a segment we couldn’t squeeze in yesterday:

Unhedged: The most talked-about Japan trade is shorting Japanese government bonds. The idea is that the Bank of Japan’s “yield curve control” policy — buying an unlimited number of long-term bonds to keep interest rates low — will prove unsustainable as the yen continues to plummet, leading to instability, lower living standards, and serious inflation.

One YCC sceptic is Naruhisa Nakagawa of Caygan Capital, who says the BoJ is tantalisingly close to winning the war against deflation and will soon lift YCC, opening the way for higher yields and lower prices on Japanese bonds. Though Japan’s 3 per cent inflation is largely a product of the global commodity shock — that is, food and energy prices — Nakagawa sees a path for inflation to finally become entrenched. He notes consumers’ rising expectations for higher prices:

Many other observers think higher Japanese inflation is a blip and that, for reasons economic and cultural, wages will never follow more volatile food and energy prices. They note also that tighter monetary policy has not stopped the euro or pound from weakening. “The BoJ will not change the policy and has no reason to change it; they do not believe inflation will stay above 2 per cent for the next year,” says Masa Adachi, chief Japan economist at UBS.

Russel Matthews of BlueBay Asset Management, which is short Japanese bonds, rejects the suggestion that the falls in the pound and euro show that Japan’s declining currency is not a direct result of a monetary policy that out of step with the rest of the world. He told Unhedged:

Both the euro and sterling have huge challenges outside of monetary policy. What is the counterfactual of where sterling would be, or where the euro would be, if they had not tightened policy? The BoE has more inflation, an open economy, a current account deficit, a leveraged economy, terrible energy sector infrastructure, Brexit challenges . . .

For Matthews and many other investors we spoke with, the appeal of the short-JGB trade lies not in a high probability of a BoJ reversal, but in its asymmetric upside, profiting from a potentially massive shock to global rates markets, should the BoE fold. Matthews calls it an “optionality trade”, noting that the BoJ, if it ends YCC, will do so abruptly to head off speculators. Or as Ruffer’s Alex Lennard puts it: “It’s not the certainty of whether or not yield curve control breaks. It’s the certainty of the damage it will cause if it does.”

Matt Klein: I may regret saying this, but I really don’t see why the BoJ would need to abandon YCC. The policy does two big things for Japan: it keeps rates low across the curve, and it guarantees that domestic lenders can make money from the spread between the short end and the long end. The argument for abandoning YCC is that it’s bad for the yen. The yen decline is bad for Japan insofar as it makes imports more expensive and hits domestic consumption. But some perspective is in order. The yen has been mostly flat vs the Korean won over the past year even though the Bank of Korea was one of the first rich countries to raise interest rates and has since kept pace with the Federal Reserve. The yen has also been relatively stable against the euro and sterling. Yet Japan has continued to experience far less inflation than Korea, Europe or the US.

The *level* of the Japanese consumer price index is up less than 2 per cent since the eve of the pandemic. Rents haven’t budged at all. Japanese consumer energy prices are up only 18 per cent since the end of 2019, compared to roughly 50 per cent in the US and Europe. Japanese grocery prices are up just 5 per cent, compared to 20 per cent in the US and 15 per cent in Europe. Exclude fresh food and energy and the price level has been flat. Motor vehicle prices are up just 2 per cent, while the prices of all durable goods are up just 5 per cent. In Europe, durable goods prices are up 9 per cent while durables prices in the US are up by 13 per cent. Meanwhile, the Japanese government believes that the economy is still operating far below its underlying potential, with an “output gap” worth about 3 per cent as of second quarter 2022. For perspective, they also estimate that Japan was running about 1 per cent above potential in 2017-19. Employment may be hitting new highs, but this is occurring in the context of rising labour force participation, fewer job openings than in 2019, and relatively tame wage growth.

Given all this, it’s not at all clear why the BoJ would want to change course, especially when reopening Japan’s borders to tourists should help support the yen without any negative side-effects for domestic savers.

One consequence of running a university like a business: the customer is always right, even about organic chemistry.

Cryptofinance — Scott Chipolina filters out the noise of the global cryptocurrency industry. Sign up here

Swamp Notes — Expert insight on the intersection of money and power in US politics. Sign up here