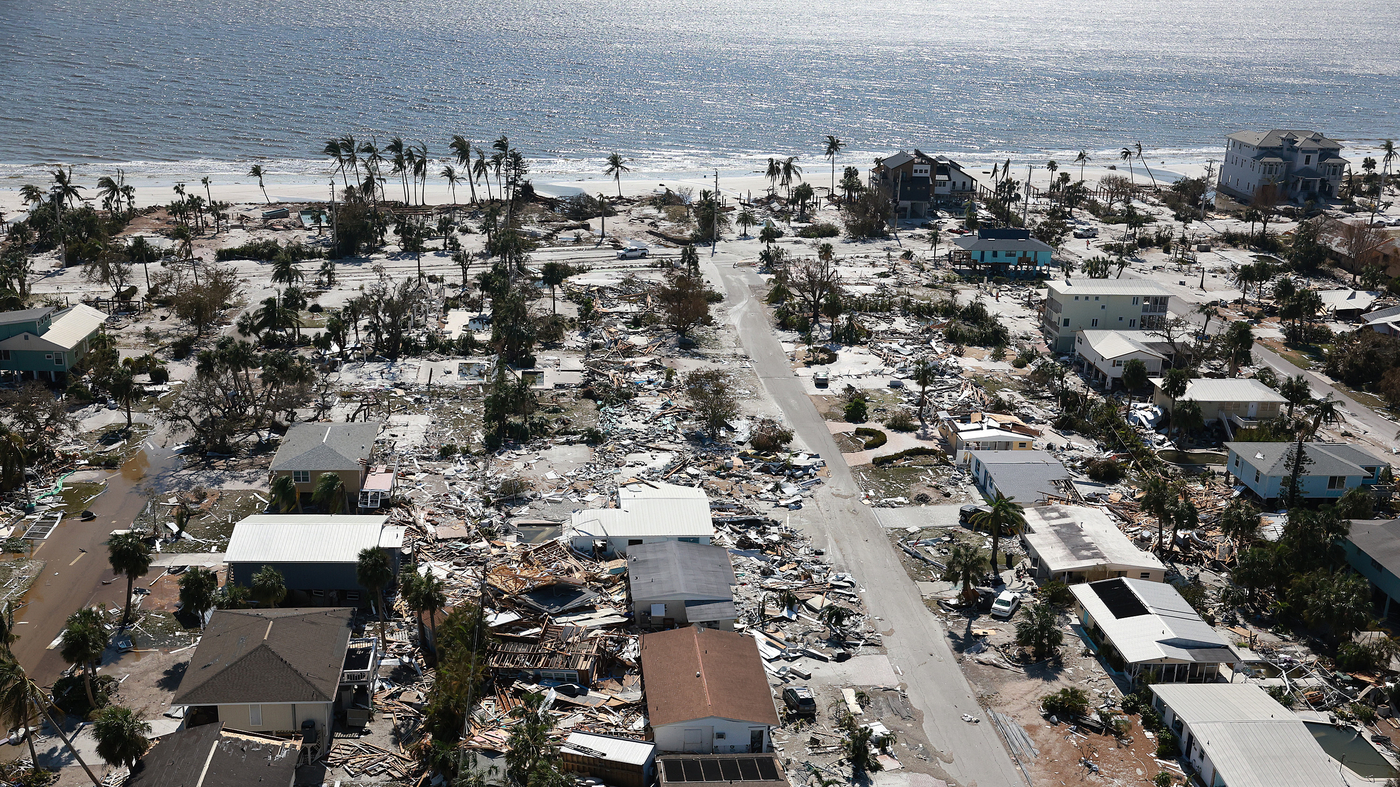 Some of the damage caused by Hurricane Ian when it passed through Fort Myers Beach, Fla. The hurricane brought high winds, storm surge and rain to the area.

Some of the damage caused by Hurricane Ian when it passed through Fort Myers Beach, Fla. The hurricane brought high winds, storm surge and rain to the area.

Millions of K-12 students missed school this week in Florida, as nearly every public school district in the state closed its buildings during the onslaught of Hurricane Ian.

At least 55 of Florida’s 67 public school districts closed for at least one day, according to the state’s department of education, district websites and social media. The districts that remained open were largely in the state’s panhandle.

That amounts to more than 2.5 million students out of school, based on the most recently available federal data on public school enrollment. Around 1.7 million of those students missed three days or more, and several districts have yet to announce their reopening plans.

Hillsborough County Public Schools, which includes Tampa and is one of the largest districts affected, closed for all five days to prepare its schools to serve as emergency shelters. With more than 200,000 students, the district is the nation’s 6th largest.

This week, the district sheltered around 9,000 people, and 28 school-based shelters are still open, according to Superintendent Addison Davis.

“We had great momentum taking place at the start of the year. This year was the first year we kind of felt like we had some normalcy,” Davis says, referring to the pandemic disruptions of the two previous years. “So we got to regain that … and really create that momentum back once again.”

The district was spared the worst of the storm and plans to reopen all schools on Monday, Davis says.

Ovett Wilson is the principal at Pizzo K-8 school in Tampa, which was turned into a shelter during the storm. He says he felt prepared for the crisis, largely because he had already worked a previous hurricane there.

“It’s obvious that things are different climate wise, and the frequency of hurricanes has been a concern, especially for Florida,” Wilson says. Climate change has made hurricanes like Ian more common.

Wilson says he isn’t too worried about the disruption.

“In my mind,” he says, “it doesn’t feel like there will be a major loss because, again, we’re used to this.”

But for many of the districts in harder-hit areas, the outlook into next week is much less certain.

Why Is Scoring Down In The NFL In 2022? | News, Scores, Highlights, Stats, and Rumors