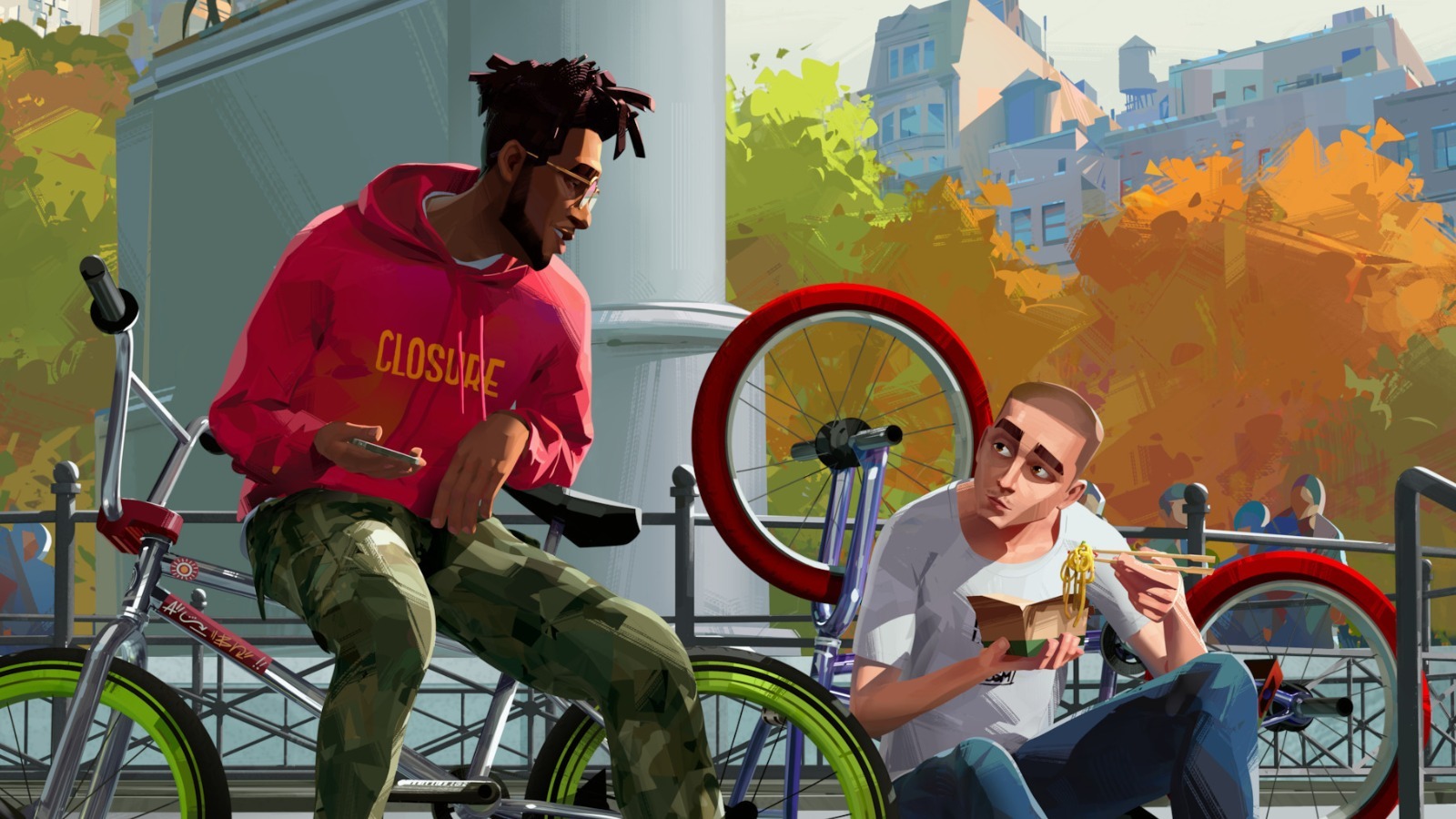 
Disappointingly, the script reaches for bigger, bolder ideas, but never follows through on them. In a great scene, Jabari is at Cosmic Comics, starting his pitch for his comic book. He’s approached by another member of staff who immediately makes him uncomfortable, and his speech to Jabari is rife with microaggressions. He also tells him that his ideas will likely clash with management, who prefer things to be “light, bright, and white.” Here, “Entergalactic” presents a compelling quandary: how do you keep your artistic integrity and create authentic art in a stifling corporate environment? The implications of race are vital here too, as Jabari is Black in an overwhelmingly white office. This is rife for interrogation and rich insight that Mescudi has certainly experienced in his own life, but it gets resolved later with the blink of an eye. “Entergalactic” offers a tantalizing opportunity to dig deeper, but settles on a cheap, easy resolution to a far more complex problem instead.

“Entergalactic” is billed as an event, and in many ways, that’s correct. I can’t remember the last time a romance story has received such beautiful visual treatment, and the soundtrack provided by Kid Cudi was clearly designed with the film in mind, or vice versa. It’s a thoughtful, often effective and occasionally cathartic watch. There’s great performances, wonderful music, and exceptional visuals with vibrant colors you’ll be thinking about for days after the film has ended. If only the film was willing to take risks anywhere near as big with the story, and we could have had something truly special. Still, “Entergalactic” is a sweet, funny, and you could do a lot worse for an evening in.

“Entergalactic” premieres on September 30, 2022 on Netflix, alongside Kid Cudi’s album of the same name.