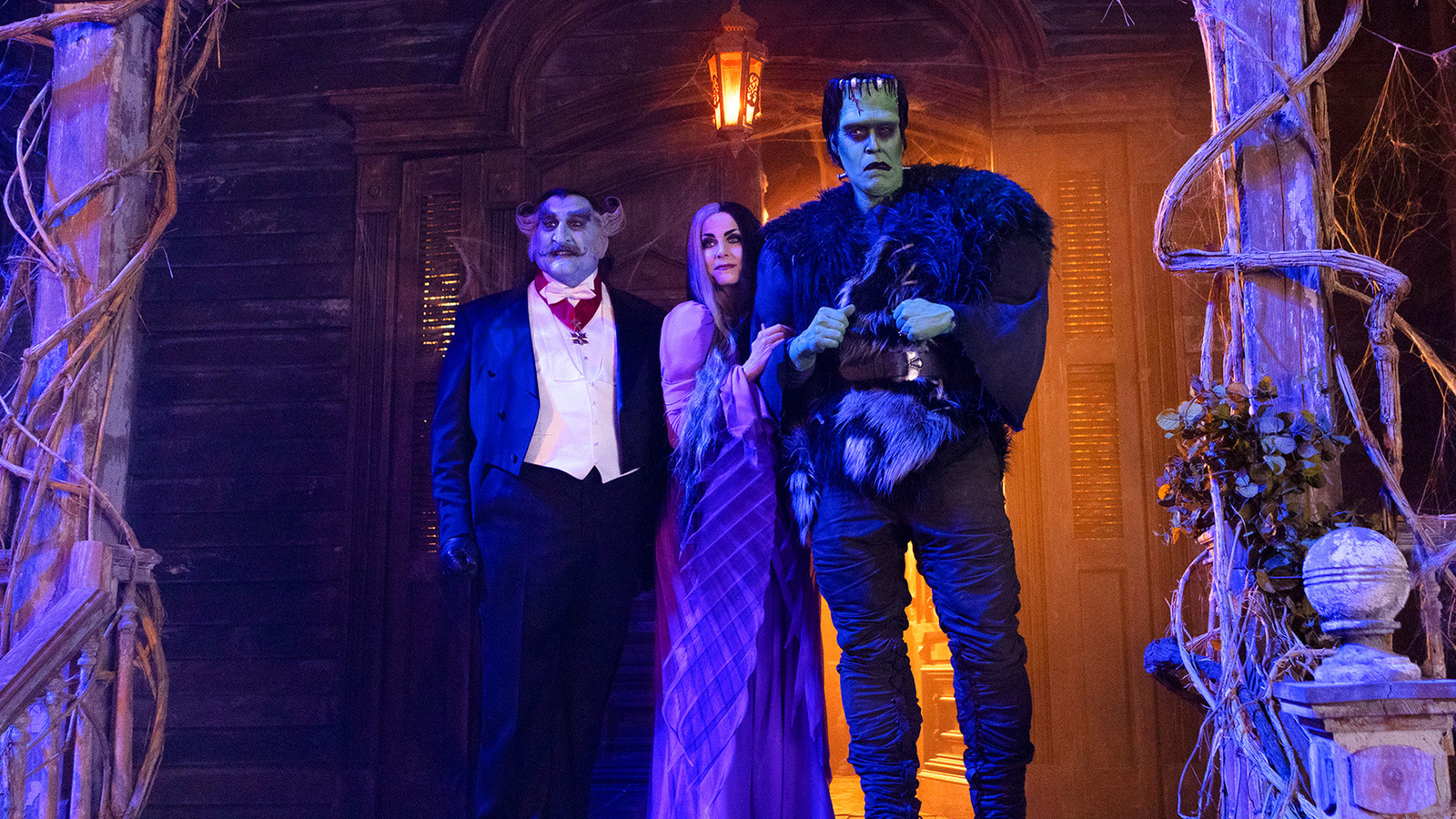 
If there is any value in “The Munsters,” it can only be for those die-hard fans of Rob Zombie, best known within the horror genre for more extreme efforts like “The Devil’s Rejects” or his two “Halloween” films than for this ostensible family film. (There are some risque attempts at humor, but nothing remotely gruesome.) From the start, there’s a handful of notable horror-film tropes or references, from a blind date Lily goes on with a Count Orlok, who looks … well, exactly like the title character from the German horror classic “Nosferatu,” to the “Frankenstein” references in the opening 20 minutes, to an eventual cameo appearance by Cassandra Peterson, better known as Elvira, Mistress of the Dark. The references are easy enough to spot, but it is difficult to see it as anything more than being rewarded for having some cultural savvy.

The performances – for ill, though they’re trying for good – all approach varying levels of camp. Roebuck and Brake both seem to grasp the movie they’re in, and so their over-the-top performances seem apt to the material they’re given. (The same goes for Garcia, who’s primarily in the first third, before becoming one of the many characters who just … y’know, leaves because there’s nothing else for them to do.) Phillips leans in very heavily to the bad-comedy stylings of just about every line of Herman’s, which is both meeting the material where it lands and also often immensely painful to watch, especially considering the thuddingly slow pace of each scene. Sheri Moon Zombie, too, has an overly theatrical way of reading each line, but in a way that’s matched by every canted angle, and every attempt at being weird from the costumes to the production design.

It’s difficult to not let your mind wander a bit as you watch “The Munsters,” so it’s fitting that this film is going straight to Netflix, which boasts many films and shows custom-built to let you multi-task instead of paying close attention. So it’s difficult to not wonder who this movie is actually for. Are modern kids champing at the bit for a “Munsters” movie? Do Rob Zombie’s fans want to see him work in a PG-rated mode? Perhaps they will, and perhaps they’ll embrace this as a film that’s so bad it’s good, or as a film whose badness is the point. (Gee, it sure would be nice for a film attempt to be good, though.) But the half-hearted way in which “The Munsters” was produced, from its meandering start to its abrupt finish, implies that it exists to mark a box on a checklist, to ensure that Universal Pictures has proved it finally mined one more bit of IP. What a baffling, misguided film.

4 Ways to Wear Birkenstocks This Fall