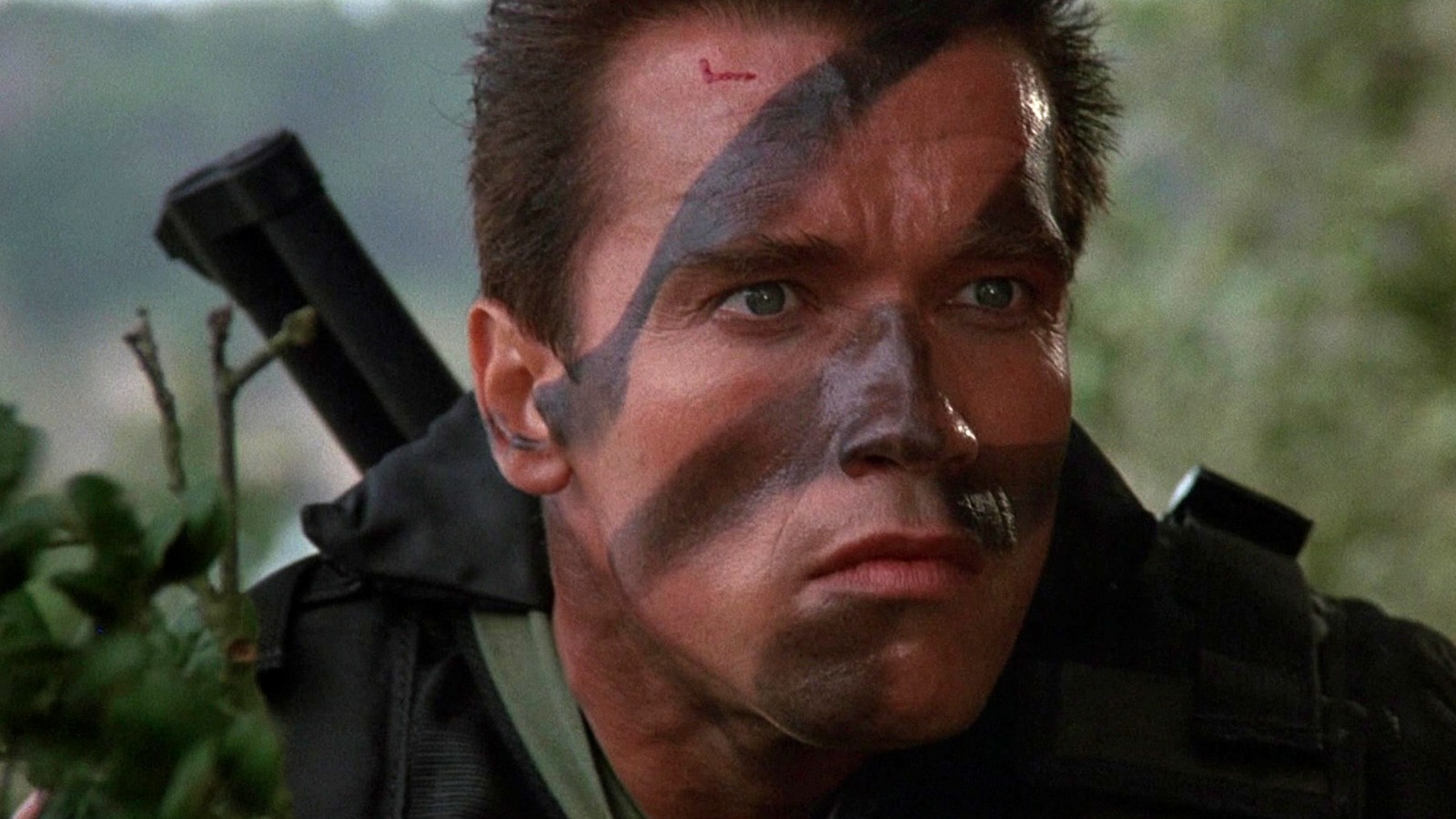 
During an oral history of “Commando,” Arnold Schwarzenegger told Empire why he felt somewhat at home while making the movie. “I was in the Austrian army and was a tank driver,” he said. “So, the action of ‘Commando’ wasn’t all new to me.” Though we didn’t get the pleasure of watching Schwarzenegger steamroll over the bad guys while driving a tank in the film, his past experience allowed for him to perform a lot of his own stunts. “I owe it to my fans to do the action myself, because it’s me they pay to see,” he explained.

Schwarzenegger even pushed himself a little too far, as the film’s director, Mark L. Lester, recounted to Empire:

“Arnold insisted on doing almost all the stunts himself, because he said nobody could duplicate his body. Even when we were doing a close-up of Matrix jamming a knife into a sheath, he said, ‘My hand cannot be duplicated. It is one of a kind.’ When he did the shot, he cut his other hand with the knife and had to go to hospital.”

One thing about Schwarzenegger is that he’s going to find a way to get injured on set. He glowingly shared with Yahoo Entertainment the many times he suffered an injury while making a movie. Perhaps putting him in a tank wouldn’t have been a good idea.