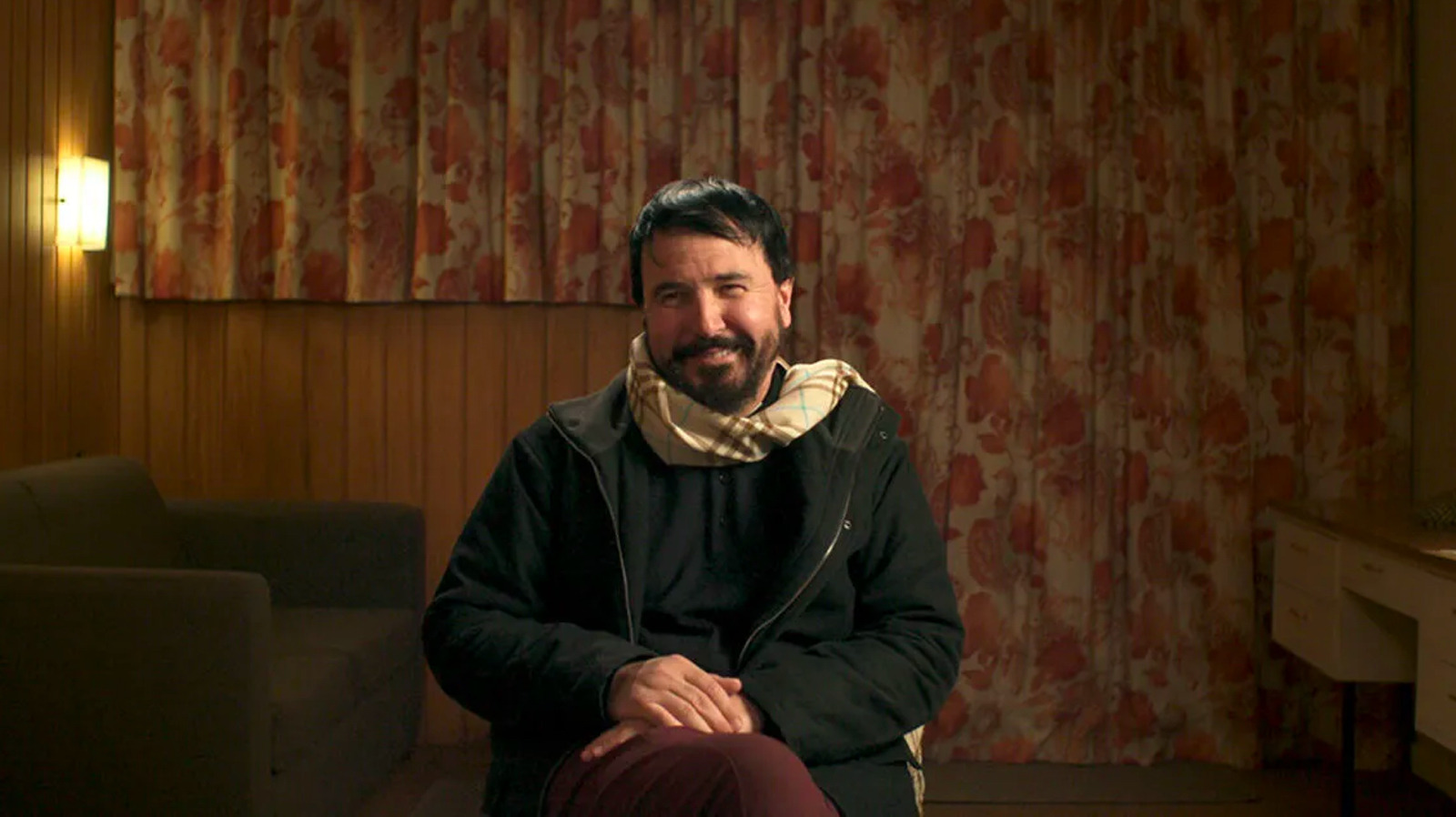 
Eventually, Farrier ended up in court, sued by Gillian Bashford for stealing property from her closed shop (it was a sign, which Farrier says he found in the trash). The man who showed up to represent Bashford in court was none other than the tow truck driver involved with the parking scandal — Michael Organ. And unfortunately for Farrier, Organ was very persuasive in court, so much so that Farrier lost the case. It didn’t help that the sign vanished from Farrier’s property.

But wait, there’s more. In a strange twist, Organ and Bashford agree to sit down and speak with Farrier, and over the course of several years, the filmmaker films long, rambling conversations with Organ. Bashford is usually there, too, but she sits silently for the most part and lets Organ do all the talking. And how could she not? He loves to talk. Now, right about now, you’re probably asking, “What’s so disturbing about a guy who talks a lot?” And indeed, part of the Organ’s insidious nature seems to be the way he grinds people down over a period of time without them even realizing it. If you deal with this sort of person day to day, you might grow accustomed to the way they operate, and not even realize it’s happening. But when you see it all cut together, back to back, as it is here, a clearer picture begins to form.

Indeed, there’s an unsettling moment in the movie where Farrier has an epiphany that he’s spent years talking to Organ without actually getting any answers — and since he’s making a movie, he has to keep talking to Organ until he gets somewhere. This realization is so horrifying to Farrier that his face crumples for a moment, as if he’s about to cry. And he has a right to be concerned — Organ keeps talking about nefarious plots, and at one point reveals he somehow has a key to Farrier’s house (Farrier tries the key and confirms it is indeed legit).

Mars is littered with over 15,000 pounds of human trash

24 Recipes That Make the Grains in Your Pantry Exciting

10 Traditions That Brighten the Festive Season