The official jailed in Las Vegas journalist killing due in court : NPR 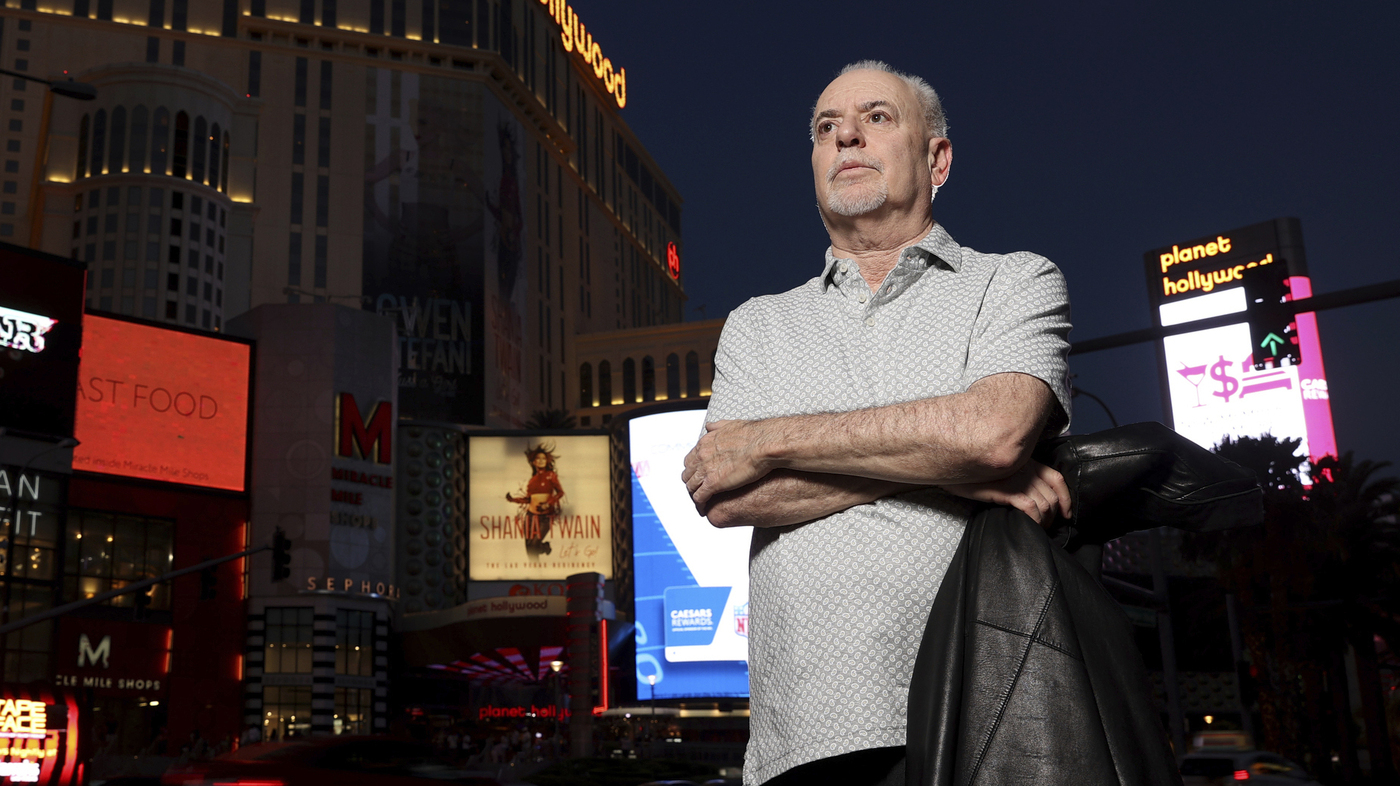 The late Jeff German, host of “Mobbed Up,” poses with Planet Hollywood, formerly the Aladdin, in the background on the Strip in Las Vegas, on June 2, 2021.

The late Jeff German, host of “Mobbed Up,” poses with Planet Hollywood, formerly the Aladdin, in the background on the Strip in Las Vegas, on June 2, 2021.

LAS VEGAS — A local elected official is due to face a judge on a murder charge Tuesday in the stabbing death of a Las Vegas investigative journalist who wrote articles critical of him and his managerial conduct.

A criminal complaint accuses Telles of “lying in wait” for German, 69, who prosecutors say was stabbed seven times. German lived alone, and his body was found the following day. The Clark County coroner ruled his death was a homicide.

A Review-Journal photographer snapped photos Sept. 6 of Telles washing the same type of vehicle in his driveway.

Police said Telles shut off his cellphone and waited in a vehicle outside German’s home until the attack. It was characterized as a planned response to articles that German wrote about “turmoil and internal dissension” in the county office that handles assets of people who die without a will or family contacts.

Telles lost his primary bid for reelection in June after articles in May aired claims of administrative bullying, favoritism and Telles’ relationship with a subordinate staffer. County lawmakers appointed a consultant to address complaints about leadership in his office.

German was widely respected for his tenacity, and his colleagues said he was working on follow-up reports about Telles and the public administrator’s office when he died.

“The published articles … ruined (Telles’) political career, likely his marriage, and this was him lashing out at the cause,” Chief Deputy Clark County District Attorney Richard Scow told a judge on Sept. 8.

That judge, Las Vegas Justice of the Peace Elana Lee Graham, called the police report detailing the attack “chilling” and said it described German “fighting for his life.” She spoke of apparent defense wounds on German’s arms and said DNA believed to be from Telles was found under German’s fingernails.

Police said a search warrant turned up items at Telles’ home including blood-stained shoes and a straw hat that had been cut into pieces. Authorities said they did not immediately find the weapon used to kill German.

The Nevada Press Association has announced that German will be inducted this Saturday into the Nevada Newspaper Hall of Fame.

German joined the Review-Journal in 2010 after more than two decades at the rival Las Vegas Sun, where he was a columnist and reporter covering courts, politics, labor, government and organized crime.

Telles grew up in El Paso, Texas, and lived in Colorado before moving to Las Vegas. He worked as a heating and air conditioning technician and graduated in 2014 from law school at the University of Nevada, Las Vegas. He practiced probate and estate law before he was elected public administrator in 2018, replacing a three-term predecessor.

The Review-Journal reported that in El Paso, Telles’ late grandfather, Richard Telles, served as city clerk, school board trustee and county commissioner. A grand-uncle, Raymond L. Telles Jr., was the city’s first Mexican-American mayor and was appointed by President John F. Kennedy as ambassador to Costa Rica and by President Lyndon B. Johnson as chairman of the U.S.-Mexican Border Commission.

Telles’ father, Raymond R. Telles, was elected to two terms on the El Paso City Council but lost a bid for mayor. He later gave up his law license and avoided prison after pleading guilty in a federal conspiracy and wire fraud case.

Court and police records show that Robert Telles was arrested in Las Vegas in February 2020 after his wife called 911. He was accused of grabbing her in a “‘bear-hug’ position” and of resisting efforts by two police officers to handcuff him. During his arrest, Telles was recorded on police body-worn cameras acknowledging that he had been drinking alcohol and repeatedly identifying himself as a public official.

The case was dismissed and closed in March 2021 after Telles paid a $418 fine, attended counseling and stayed out of trouble.

His term in office expires Dec. 31, but Clark County officials said he is suspended and has been banned from county offices or property pending a review of his position as an elected official.

Ten Celebs Who Did Hard Time after Cheating on Their Taxes