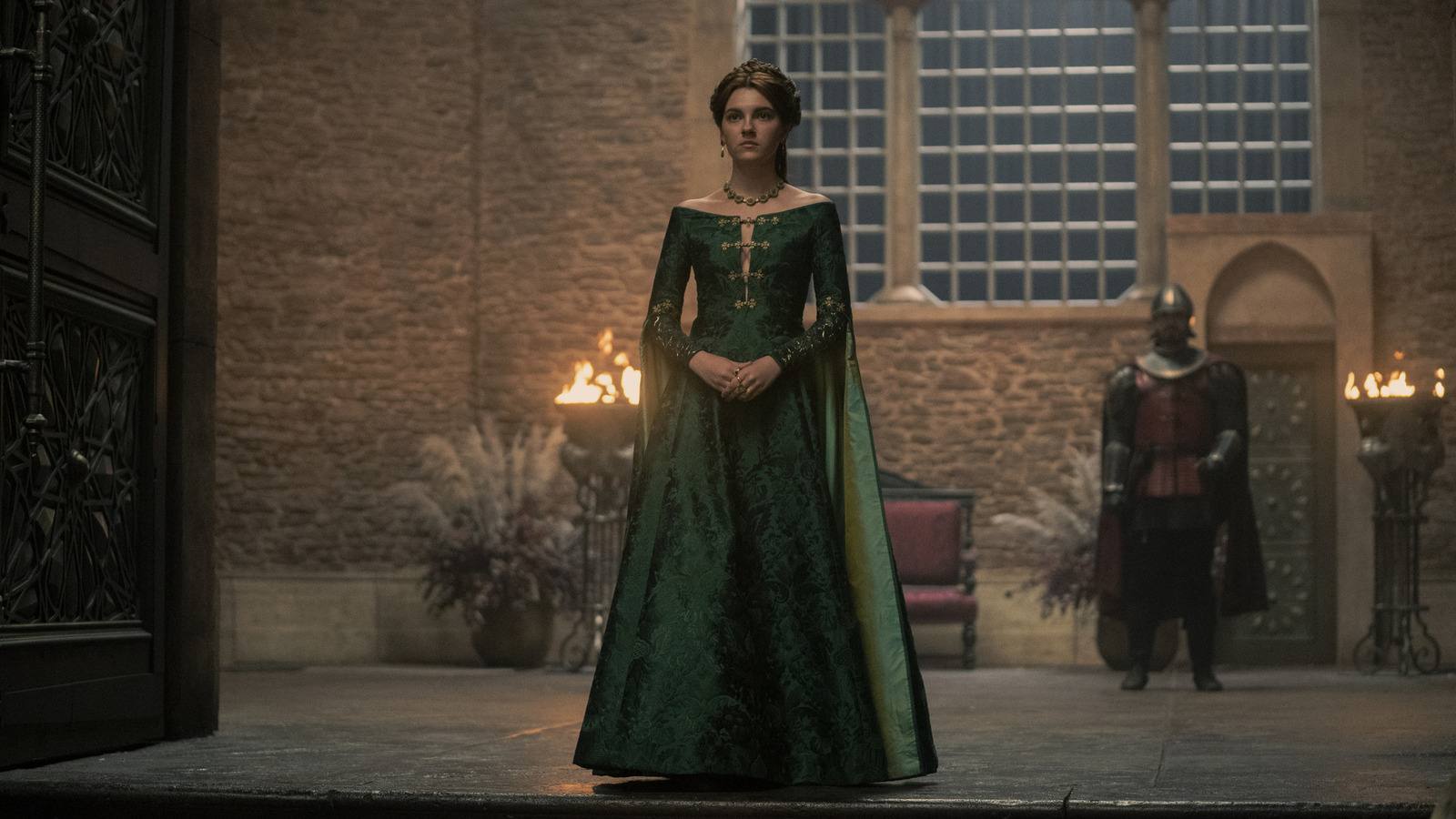 
To bring it back to the green dress of it all, this episode (titled “We Light the Way”) provides a handy explanation for Alicent’s choice in garment, relating to the fiery green beacon that House Hightower has traditionally used to call their banners and signal the onset of war. The thematic underpinnings, however, extend far beyond mere color scheme and remain tightly interconnected with the various motivations that have led her to this tumultuous moment in the history of Targaryen rule.

Perhaps most impressively, actor Emily Carey does much of the heavy-lifting in Alicent’s storyline with barely a word of dialogue.

In classic “Game of Thrones” style, this episode of “House of the Dragon” stages a series of largely one-sided conversations that forces the Queen to contend with her role amid much larger Targaryen drama. First comes the dismissal of her father and the Hand of the King, Otto, whose loss as her only major ally in court brings a whole set of problems … one that the subtle prominence of manipulative Larys Strong (Matthew Needham, doing his own twist on Aiden Gillan as Littlefinger in the original series) only further complicates. Forced to make her own decisions for once, Alicent’s summons of Kingsguard knight Ser Criston Cole (Fabien Frankel) prove fateful. Cracking under her (rather oblivious) interrogation, he spills the beans of his affair with Rhaenyra and sows even more seeds of dissent between the two former friends.

All this combines to push Alicent from a young girl carried by the whims of others into a woman taking charge of her own destiny, leading smoothly to next week’s recasting of both Alicent and Rhaenyra with Olivia Cooke and Emma D’Arcy, respectively.

New episodes of “House of the Dragon” air Sunday nights on HBO.