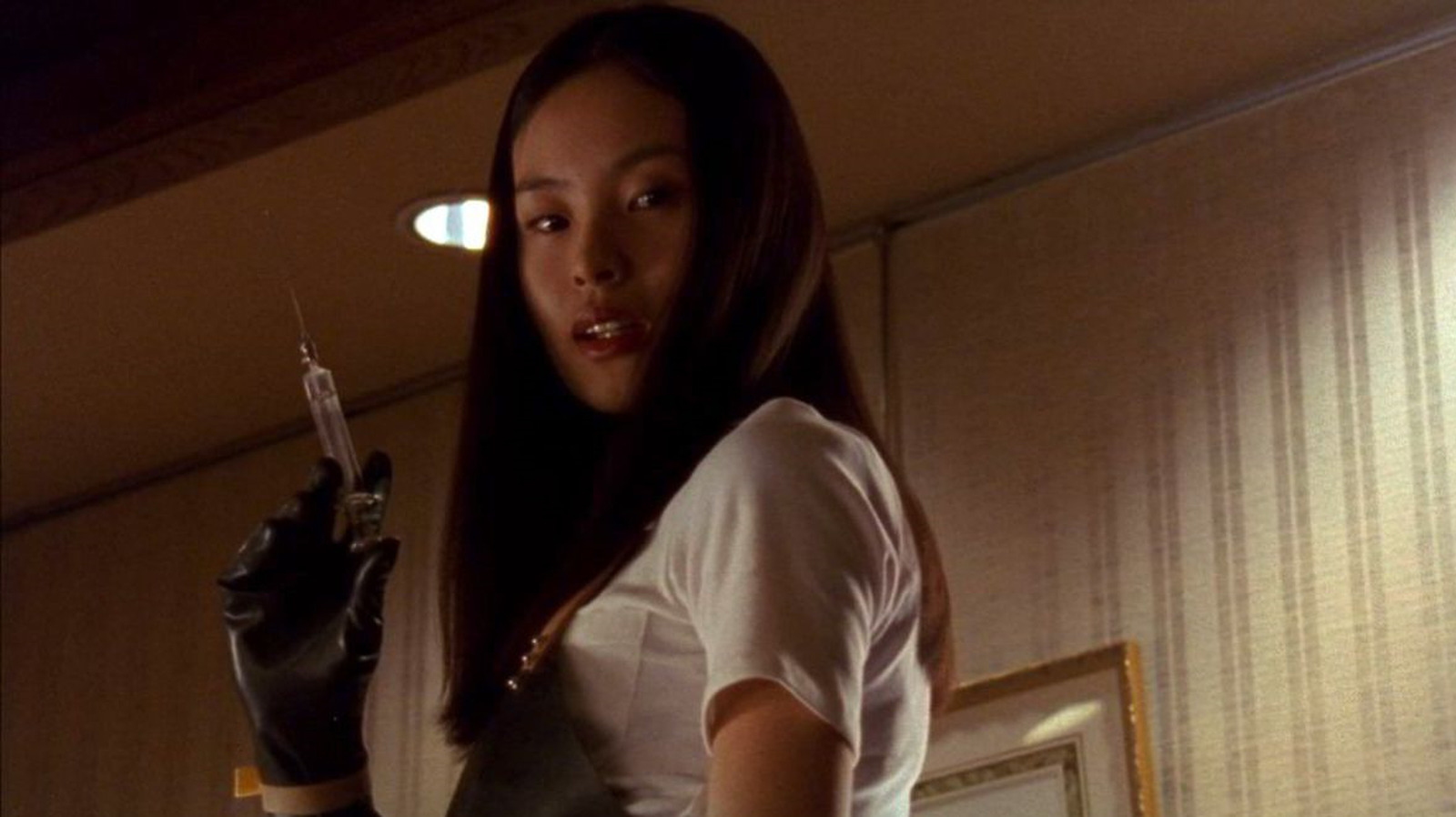 
Miike isn’t kidding when he says that his adaptation starts as one thing and gradually ends up another. “Audition” begins like a cringey rom-com, with the widower Aoyama posing as a movie producer to meet prospective new partners. A sweet young victor emerges from the process, and it’s all fun and games until a massive human-sized bag starts writhing in her apartment. Aoyama’s post-audition phone call cuts through the eerie stillness in the strange girl’s room where she is unnaturally hunched over, seemingly awaiting that very call for days. The bag that moves in the background is responsible for one of the greatest jump scares in horror movie history — number 11, according to Bravo’s The 100 Scariest Movie Moments. It reveals Asami’s unstable mental state, which comes to a head in the movie’s horrifying climax.

Without getting into the gruesome specifics, Asami unveils herself to be a volatile woman whose traumatic childhood fomented a rather unhealthy connection between love and pain. In stark contrast to the restraint of the rest of the movie’s 113 minute runtime, the last 20-odd minutes are a parade of violations across home, family, and flesh. The bravest of the brave can try to stomach a clip of the sequence here (here there be spoilers):

Fans and critics are divided in their interpretations of the footloose finale: are the torturous sequences the result of Aoyama’s misogynist nightmares, or is the story a cautionary feminist tale of vengeance? Whatever it is, it’ll keep you up at night.

What is a FAANG company?