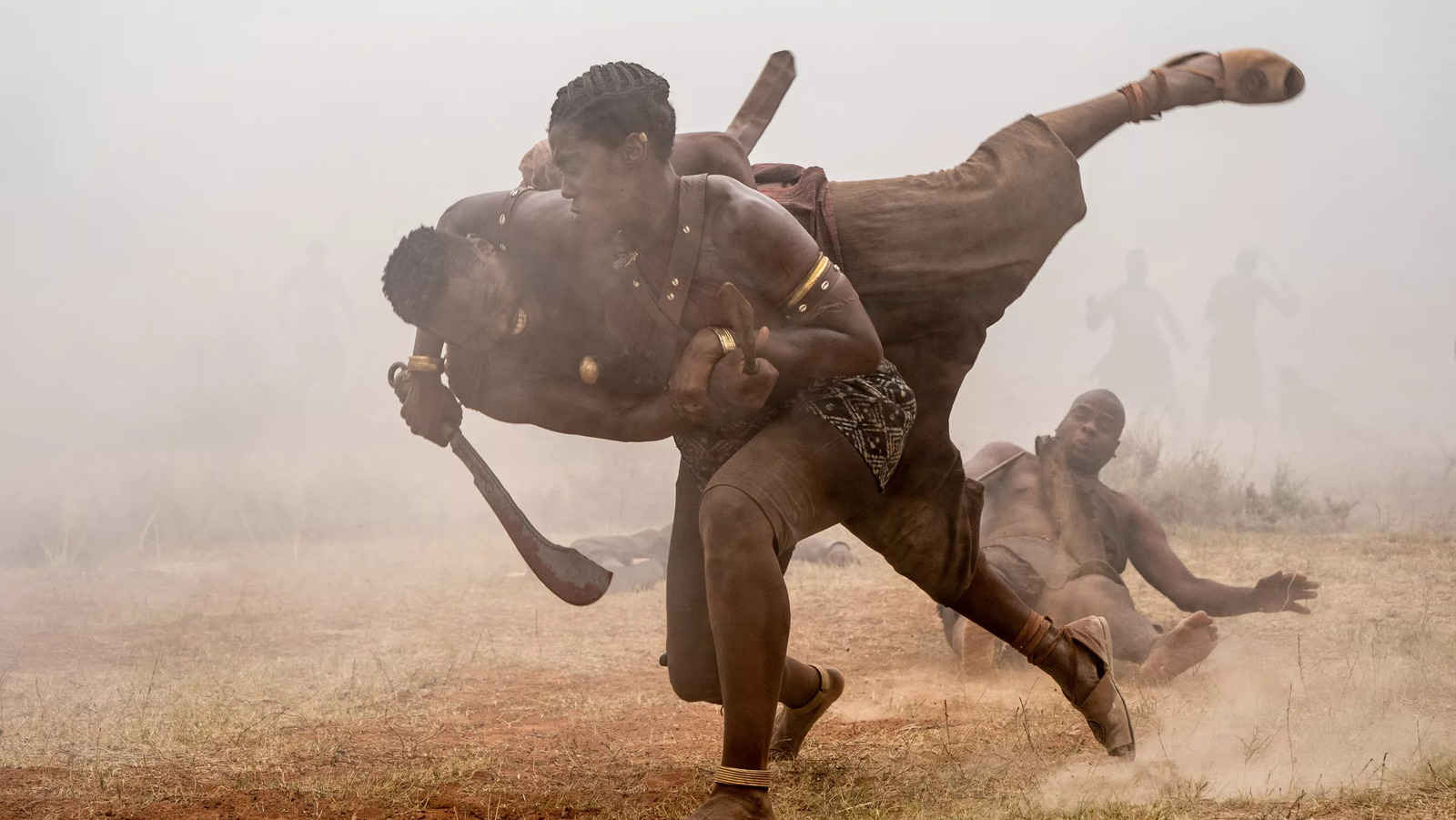 
“Braveheart” is a movie that remains memorable for its battlefield scenes, with the Scottish and English armies clashing in bloody, crowded combat. “Gladiator” is focused more on small-group and one-on-one fights inside a Roman arena for spectator sport. “The Last of the Mohicans” also culminates in a series of personal face-offs, set to the rousing tune of “Promentory,” as characters run along a cliff and confront each other.

Each movie brings to mind a specific battle setting, and that’s something “The Woman King” is striving for, too, as General Nanisca trains the Agojie and leads them into battle against European invaders. In her interview with A.frame, Prince-Bythewood — whose last film was “The Old Guard” starring Charlize Theron — cited the “Oyo battle” in “The Woman King” as the film’s most challenging sequence, and one that she and her cast and crew spent some time working up to during the production. It sounds like Prince-Bythewood was prepping her crew for it the way General Nanisca preps her soldiers:

“That battle was absolutely this thing that was looming at the end of the schedule, but I put it there to give the actors enough time to train for those sequences. But also, I needed our crew to be at a place where we were all so comfortable with each other working at that level before we got into that, because it was daunting, and we had 11 days to shoot it. In context, the plane fight in ‘The Old Guard,’ I shot over five days and that was two people in a tube. This was an epic battle! But we had a plan. We stuck to that plan, and we got it done.”

“The Woman King” is in theaters now.

Baby boomers created a labor shortage. Immigration may be the fix

How Do You Help Your Kids Find Themselves?