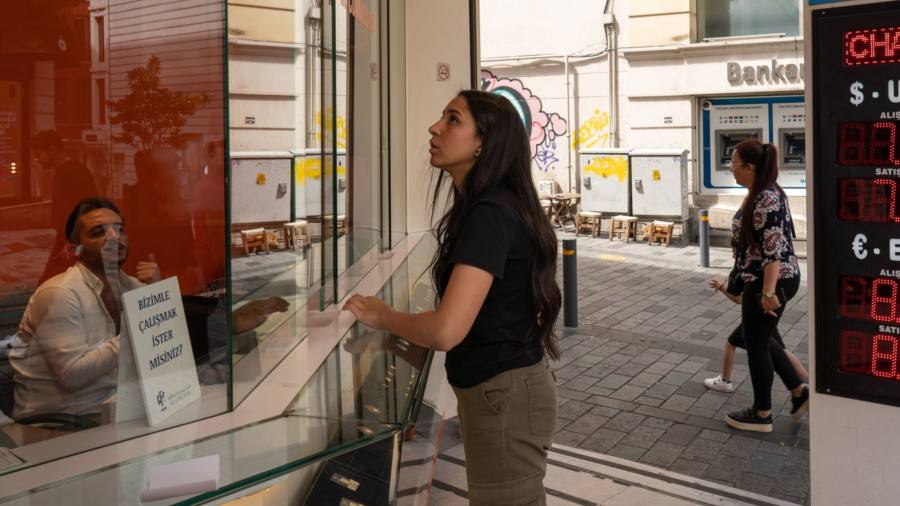 
While western businesses reel from the highest inflation experienced in decades, many of their Turkish peers, who face a rate almost 10 times higher, are taking it in their stride.

The country has suffered a succession of crises in recent years, but the economy continues to grow, propped up by a mixture of cheap credit, diversification and savvy corporate management honed during episodes of turmoil in years and decades past.

“It is difficult, but we have faced this in Turkey [before],” said a senior executive at one of the country’s biggest manufacturers. “Somehow we know how to support the customers, the dealer network, to continue operations in a high-inflation environment,” he added, citing how the company had managed to find a sweet spot for pricing that covered its costs without deterring customers.

“Darwin’s ‘survival of the fittest’ certainly applies in Turkey,” he said, adding that it is also buoyed by the demographic dividends of its young population and strong underlying GDP growth. The economy expanded 7.6 per cent year on year in the second quarter and 11 per cent last year.

As price rises began to take off in the summer of last year, Mustafa Tonguç, the chief executive of DHL Express in Turkey, complied a list of the cost of 50 basic products and compared them with their equivalents in Germany in an effort to persuade bosses in the logistics provider’s headquarters to raise the wages of his 1,100 staff. He would raise them a further three times in the year ahead.

“We as business can’t fix the global economy, but we can take care as much as we can of our people,” said Tonguç. “In the last 12 months, a lot of companies went bankrupt. We felt people should be assured of their job security.”

Tonguç also came up with a pricing structure for customers and suppliers, which include businesses in the textiles and automotive sectors, that fixed the cost of some parts of their fees and linked others to rapidly changing inputs such as the cost of fuel and packing. His advice to western executives is: “Don’t panic, focus on productivity . . . focus on the things you can change.”

Much of the Turkish business world is angry and frustrated at president Recep Tayyip Erdoğan, who is so staunchly opposed to high interest rates that he has repeatedly ordered the central bank to cut borrowing costs despite rising inflation.

Still, even if his increasingly erratic economic management marks a break with the stability of his early years in power, executives say they at least have experience of dealing with high inflation and currency weakness from difficult periods in the 1980s and 1990s.

The most recent sharp plunge in the lira last December, when it hit a new record low, was “not nice”, conceded Tolga Kaan Doğancıoğlu, chief executive of the Turkish bus manufacturer TEMSA.

But he said that as inflation began to climb in Turkey and worldwide, his company “immediately switched gears” and decided to access the financing needed to increase production of low-margin non-electric vehicles.

While conventional wisdom suggests that inflation leads to a drop in demand, Doğancıoğlu said that past crises in Turkey had often shown the opposite to occur — at least initially. The same was true in this case.

“Obviously, high inflation or hyperinflation in the long run is not healthy. But there is a period a sweet spot [where] as a company, you need to take agile decisions in order to not to lose the market.” He added: “In an inflationary environment, investing early has a virtue as well.”

As they have weathered a string of blows in recent years, Turkish groups reduced their exposure to swings in the lira by “dramatically” scaling back their dollar and euro-denominated debt and accumulating hard currency, according to Murat Üçer, an economist at the consultancy GlobalSource Partners. The deleveraging has brought their net open foreign currency position down from roughly $200bn in 2018 to about $100bn today. “This is a welcome and understandable development,” he said.

Still, there are concerns about the true scale of problem loans in the banking sector as state lenders, in particular, have used cheap credit to help struggling companies stay afloat.

Many of the most successful Turkish businesses — including those in the automotive, chemicals and textiles sectors — have prioritised exports, taking advantage of the weaker lira to sell their goods across the world and helping to power economic growth.

It has been tougher for those heavily reliant on local sales. Fitch last month downgraded the debt rating of a string of corporates, including white goods maker Arçelik and the telecoms company Turkcell, because of their high exposure to the domestic market.

The chief executive of a large retail business focused on Turkey lamented that, even if his sales grow in lira terms, the falling lira means that the profits disappear when converted into dollars. “It makes life very difficult with investors,” he said.

Robertson at Renaissance warned that there was a risk that the government’s array of unorthodox measures aimed at supporting growth while also propping up the currency are putting the country’s sovereign credit rating under pressure and could eventually “come back to bite” it. He pointed to a government-backed scheme that promises to compensate savers for a slide in the exchange rate as one example. 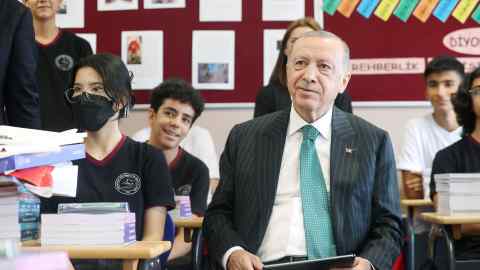 Others praise the resilience but lament the missed opportunities for the country, where GDP per capita is down from a peak of $12,600 in 2013 to $9,600 last year — a stark illustration of the erosion of prosperity.

“I worked so hard for the last 20 years only for our country to be back where it was in the 1990s,” said one senior executive at a company with interests in tourism and energy. “This country is so resilient and so dynamic that somehow most people are still standing . . . But this country could have been another South Korea. I feel very sad when I think about where it could have been compared to where it is today.”

Measured In Bitcoin, Everything Will Fall In Price – Bitcoin Magazine