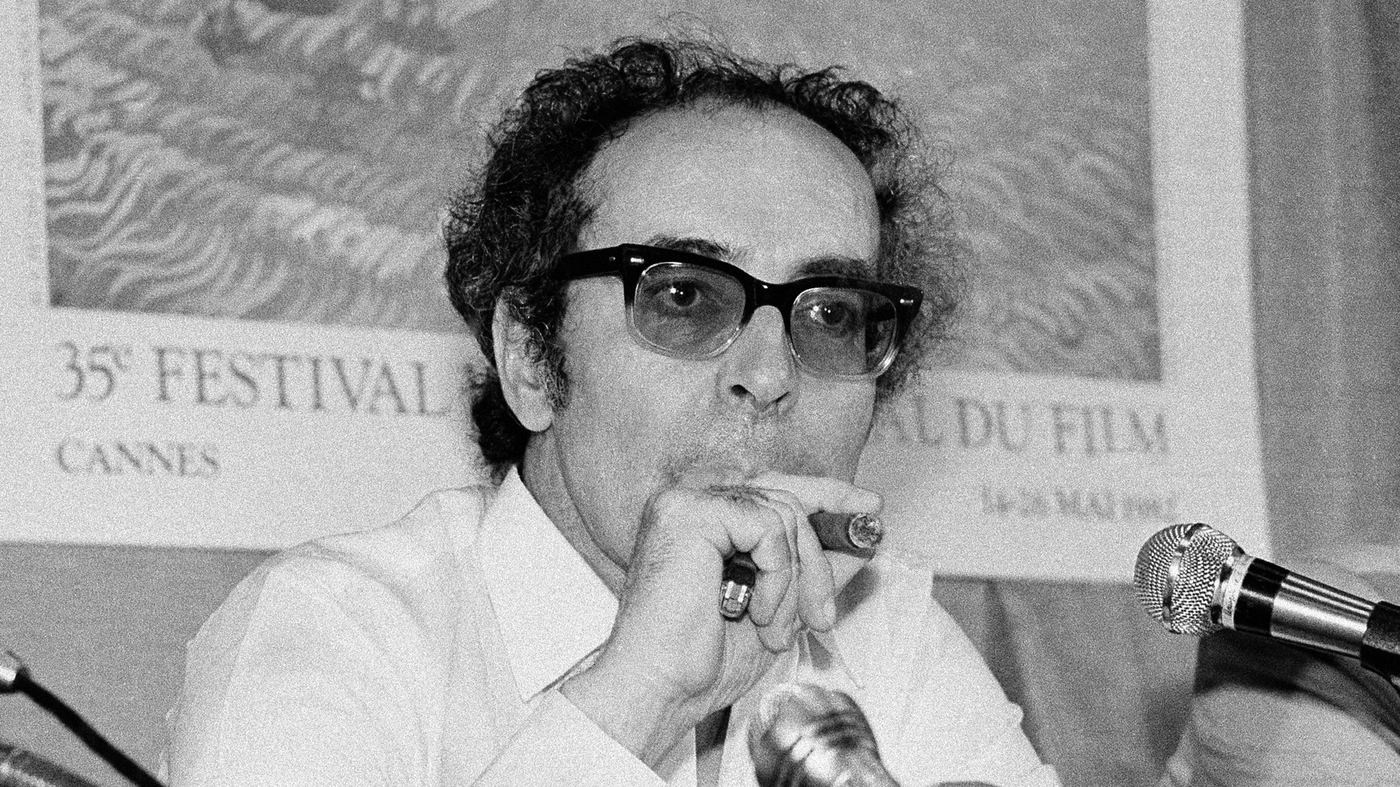 Film director Jean-Luc Godard at Cannes festival in 1982. He was a key figure in French New Wave cinema. He died at 91, according to French media.

Film director Jean-Luc Godard at Cannes festival in 1982. He was a key figure in French New Wave cinema. He died at 91, according to French media.

GENEVA — Jean-Luc Godard, the ingenious “enfant terrible” of the French New Wave who revolutionized popular cinema in 1960 with his debut feature Breathless and stood for years as one of the world’s most vital and provocative directors has died. He was 91.

Swiss news agency ATS quoted Godard’s partner, Anne-Marie Mieville, and her producers as saying he died peacefully and surrounded by his loved ones at his home in the Swiss town of Rolle, on Lake Geneva, on Tuesday.

French President Emmanuel Macron paid tribute to Godard as “the most iconoclastic of the New Wave directors” who “invented a resolutely modern, intensely free art form.”

He added: “We have lost a national treasure, the eye of a genius.”

Godard defied convention over a long career that began in the 1950s as a film critic. He rewrote rules for camera, sound and narrative.

But Godard also made a string of films, often politically charged and experimental, which pleased few outside a small circle of fans and frustrated many critics through their purported overblown intellectualism.

Cannes Film Festival Director Thierry Fremaux told The Associated Press on Tuesday that he was “sad, sad. Immensely so” at the news of Godard’s death.

Born into a wealthy French-Swiss family on Dec. 3, 1930, in Paris, Godard grew up in Nyon, Switzerland, studied ethnology at the Sorbonne in France’s capital, where he was increasingly drawn to the cultural scene that flourished in the Latin Quarter “cine-club” after World War II.

He became friends with future big-name directors Francois Truffaut, Jacques Rivette and Eric Rohmer and in 1950 founded the shortlived Gazette du Cinema. By 1952 he had begun writing for the prestigious movie magazine Cahiers du Cinema.

After working on two films by Rivette and Rohmer in 1951, Godard tried to direct his first movie while traveling through North and South America with his father, but never finished it.

Back in Europe, he took a job in Switzerland as a construction worker on a dam project. He used the pay to finance his first complete film, the 1954 Operation Concrete, a 20-minute documentary about the building of the dam.

Returning to Paris, Godard worked as spokesman for an artists’ agency and made his first feature in 1957 — All Boys Are Called Patrick, released in 1959 — and continued to hone his writing.

He also began work on Breathless, based on a story by Truffaut. It was to be Godard’s first big success when it was released in March 1960.

The movie stars Belmondo as a penniless young thief who models himself on Hollywood movie gangsters and who, after he shoots a police officer, goes on the run to Italy with his American girlfriend, played by Jean Seeberg.

He spiced it all up with references to Hollywood gangster movies, and nods to literature and visual art.

Godard also launched what was to be a career-long participation in collective film projects, contributing scenes to The Seven Deadly Sins along with directors such as Claude Chabrol and Roger Vadim. He also worked with Ugo Gregoretti, Pier Paolo Pasolini and Roberto Rossellini on the Italian movie Let’s Have a Brainwash, with Godard’s scenes portraying a disturbing post-apocalypse world.

Godard, who was later to gain a reputation for his uncompromising left-wing political views, had a brush with French authorities in 1960 when he made The Little Soldier. The movie, filled with references to France’s colonial war in Algeria, was not released until 1963, a year after the conflict ended.

His work turned more starkly political by the late 1960s. In Week End, his characters lampoon the hypocrisy of bourgeois society even as they demonstrate the comic futility of violent class war. It came out a year before popular anger at the establishment shook France, culminating in the iconic but short-lived student unrests of May 1968.

Godard harbored a life-long sympathy for various forms of socialism depicted in films ranging from the early 1970s to early 1990s. In December 2007 he was honored by the European Film Academy with a lifetime achievement award.

Godard took potshots at Hollywood over the years.

He remained home in Switzerland rather than travel to Hollywood to receive an honorary Oscar at a private ceremony in November 2010 alongside film historian and preservationist Kevin Brownlow, director-producer Francis Ford Coppola and actor Eli Wallach.

His lifelong advocacy of the Palestinian cause also brought him repeated accusations of antisemitism, despite his insistence that he sympathized with the Jewish people and their plight in Nazi-occupied Europe.

Though the academy received some complaints about Godard being selected to receive the award, academy President Tom Sherak said the director was recognized solely “for his contributions to film in the New Wave era.”

Godard married Danish-born model and actress Anna Karina in 1961. She appeared in a string of movies he made during the remainder of the 1960s, all of them seen as New Wave landmarks. Notable among them were My Life to Live, Alphaville and Crazy Pete, — which also starred Belmondo and was rumored to have been shot without a script. They divorced in 1965.

Godard married his second wife, Anne Wiazemsky, in 1967. He later started a relationship with Swiss filmmaker Anne-Marie Miéville. Godard divorced Wiazemsky in 1979, after he had moved in with Miéville to the Swiss municipality of Rolle, where he lived with her for the rest of his life.

How to Build Your Skin Routine