Global inflation pushes millions of Africans back into poverty 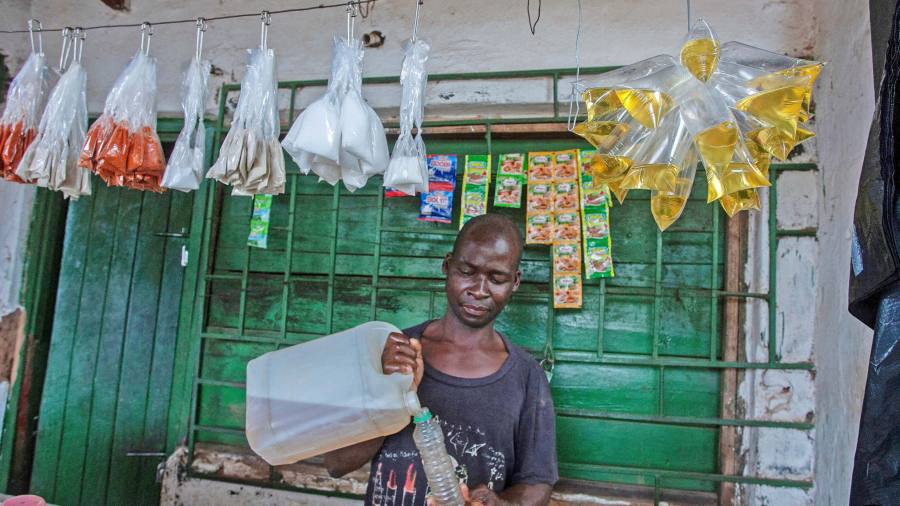 
Jadson Mankwala has been hit so badly by rising prices that he has been reduced to scavenging twigs for firewood, no longer able to afford the small plastic bags of charcoal for sale in the Malawian city of Blantyre.

“I’m struggling to buy energy to cook at home, so I have gathered wood,” said the unemployed 39-year-old, a few thin branches under his arm.

The Ukraine conflict, combined with currency depreciations triggered by rate rises in the US and years of economic mismanagement at home, have left inflation in Malawi running at 25 per cent. The rising cost of staples such as maize, which makes up nearly half of Malawi’s inflation basket, means there is little cash for other items, even bags of charcoal worth just 30 US cents.

While Russia’s invasion of Ukraine has driven a surge in the price of essentials such as food, fuel and fertiliser across the globe, the human cost has been especially high in more vulnerable African economies such as Malawi. “You really are talking about things [coming] to a head,” the country’s president Lazarus Chakwera told the Financial Times.

The result, says the International Energy Agency, is that by the end of this year up to 30mn Africans may no longer be able to afford liquefied petroleum gas (LPG) to cook the food they eat. Such a development would mark an economic regression that the World Bank has said may raise the total number of Africans living in extreme poverty from 424mn before the pandemic in 2019 to 463mn this year.

“There is a lot of poverty that is hard to measure but we do know that it is pervasive,” said Jacques Nel, head of Africa macro at Oxford Economics Africa.

Many African economies have been hit particularly hard by the global rise in prices because food takes up a relatively larger share of national inflation baskets compared with developed economies, Nel added.

Food, for example, accounts for about half of Nigeria’s basket. “If a household is already spending more than 50 per cent of their income on food [and prices increase even further], that is not being spent on other goods, and that has a spillover effect on economies,” Nel said.

The situation in Malawi has been replicated in some of the continent’s biggest economies.

In Nigeria, which has seen the real naira rate collapse by 25 per cent against the dollar since the start of the year, it costs twice as much to fill a 5kg cylinder of LPG as it did a year ago. This has forced many to resort to cheaper but dirtier energy sources such as kerosene or charcoal. Food inflation is 22 per cent, leading consumers to cut back on meat and fish.

Years of under-investment in infrastructure, petroleum subsidies and rampant theft of crude oil has meant Africa’s biggest oil producer has not benefited from rising crude prices. With foreign currency in short supply, many businesses have raised prices to reflect increased import costs.

Ladi Delano, co-founder of Moove, a Nigerian vehicle financing company, described the situation as a “perfect storm”. “The cost of living crisis has made it more difficult for people to save,” Delano said, adding that they had removed the requirement for downpayments to encourage buyers.

Similar woes are affecting Ethiopia, described by a senior economic official in Addis Ababa as facing a “cocktail of challenges” including inflationary pressures and a crippling scarcity of foreign exchange, exacerbated by the war in Tigray. This is adding to a shortage of imported products such as medicines and baby formula.

Prices are up 32 per cent and the birr’s value has fallen to about 82 against the dollar on the informal market, down from 60 in early June.

Rahel Atnafu, a 46-year-old single mother, cleans apartments and beauty salons in Addis Ababa. She earns Birr5,000 ($95) a month and spends Birr1,500 ($28) in rent. Her employers “usually give me cooked food or injera”, she said. “Still, I’m struggling to survive.” The price of onions alone has doubled in the past two months. “How do poor people like me handle and survive the high cost of living?”

With governments lacking the capacity to provide appropriate levels of support across sub-Saharan Africa, the burden is increasingly falling on central banks to provide stability.

Monetary policymakers “are throwing everything they have at the problem”, said Virág Fórizs, Africa economist at Capital Economics, said.

With prices up 31 per cent in Ghana and the currency plunging, Accra has in recent months raised rates at the most aggressive pace in 20 years. Nigeria’s central bank has increased rates by 250 basis points since May.

FT survey: How are you handling childcare challenges?

We are exploring the impact of rising childcare costs around the world and want to hear from working parents about what you think governments and employers should be doing to help. Tell us via a short survey.

But with the dollar continuing to appreciate as markets anticipate further rate rises by the US Federal Reserve and food commodity prices remaining high, economists are sceptical that inflation will reverse any time soon.

“Outside South Africa, the likes of Ghana and Nigeria for example, I don’t think we have seen the peak of inflation rates yet,” Fóriz said. “In both of [the Ghanaian and Nigerian] inflation baskets, food is very important — and we do not see food inflation dropping any time soon.”

Landlocked, import-dependent Malawi has symbolised the structural weakness of many African economies going into this crisis. In 2021, the nation imported twice as much as it exported, with its $3bn bill dominated by fuel and fertiliser. While Malawi’s president Chakwera believes the country can “weather” the pain through cash transfers and low-interest loans to smallholder farmers, the country is reliant on external support, including approval of a $750mn loan from the IMF.

With food costs making up a large part of people’s spending, many remain in desperate straits. “These are the conditions that most [people] are finding themselves in,” said Mankwala.