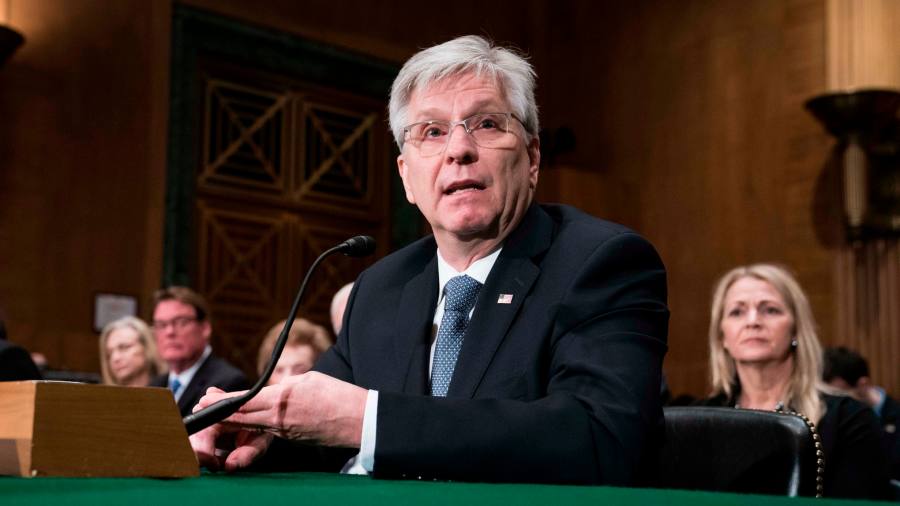 
A governor on the board of the Federal Reserve has backed “another significant increase” in interest rates later this month, saying the resilience of the economy gives officials “flexibility to be aggressive” in the fight against inflation.

The comments from Christopher Waller, who sits on the Federal Open Market Committee, come on the final day officials can make public remarks ahead of their next rate-setting meeting.

“The fears of a recession starting in the first half of this year have faded away and the robust US labour market is giving us the flexibility to be aggressive in our fight against inflation,” he said on Friday at an event hosted by the Institute for Advanced Studies in Austria.

“Based on what I know today, I support a significant increase at our next meeting on September 20 and 21 to get the policy rate to a setting that is clearly restricting demand,” he added.

In contrast to past meetings, most policymakers have resisted endorsing a specific-sized rate rise before the gathering, leaving open a debate over whether the Fed will deliver a third consecutive increase of 0.75 percentage points or shift to a half-point.

Expectations have grown in recent days that the central bank will opt for the more aggressive option, which would lift the federal funds rate to a new target range of 3 per cent to 3.25 per cent.

Waller was the latest top official to this week say the Fed was committed to rooting out elevation and to stress the risks of easing monetary policy prematurely. If inflation does not ease or rises further this year, he said the federal funds rate will “probably” need to move “well above” 4 per cent.

Waller said: “While I welcome promising news about inflation, I don’t yet see convincing evidence that it is moving meaningfully and persistently down along a trajectory to reach our 2 per cent target. The consequences of being fooled by a temporary softening in inflation could be even greater now if another misjudgment damages the Fed’s credibility.”

Waller’s comments echo those of Jay Powell, who spoke on Thursday. While the Fed chair did not comment on the size of the next rate rise, he said the central bank needs to “act now, forthrightly, strongly, as we have been doing and we need to keep at it until the job is done”.

Lael Brainard, vice-chair, on Wednesday delivered a similar message, saying the Fed is “in this for as long as it takes to get inflation down”.

However, she balanced those comments by pointing to forces that might mean the Fed will not need to be as aggressive. She also said that “at some point” the central bank would need to consider the risks of overtightening monetary policy.

Another inflation report will be released this week before the September meeting, with economists expecting a fall in the consumer price index on a month-on-month and annual basis.

Waller said decisions about the size of additional rate rises and when the Fed could stop tightening monetary policy should be “solely determined by the incoming data”.