Top official calls for Fed to hold its nerve on inflation 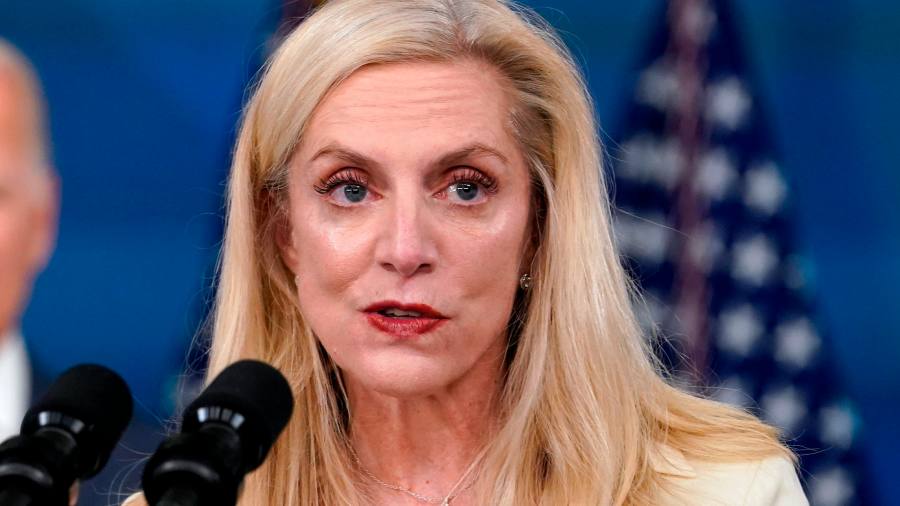 
A leading Federal Reserve official has warned the US central bank must hold its nerve as it tries to tame soaring inflation, adding her name to a long list of policymakers sounding a hawkish note on future rate rises.

Lael Brainard, vice-chair of the Fed, reinforced expectations that the US central bank would opt for a third consecutive 0.75 percentage point rate rise at its meeting later this month, when she said: “We are in this for as long as it takes to get inflation down.”

Brainard said the Fed had to maintain public confidence in its ability to keep inflation in check in the long-run. But she added that at some point the risk of overtightening monetary policy would become more of a focus.

The forceful intervention from Brainard, generally seen as a dove on monetary policy, comes as investors increased their bets on another 0.75 percentage point rise when the Fed meets on September 21. Futures markets on Wednesday implied an 81 per cent chance that the Fed will opt for another large increase.

Expectations of further large interest rate rises by the Fed have propelled the dollar higher in recent months, contributing to downward pressure on other major currencies.

A measure of the dollar against six other peers has jumped almost 15 per cent in 2022. Sterling has slumped by the same magnitude to hover near its weakest level since 1985.

At the same time, the widening gulf between the Fed’s tightening programme and the Bank of Japan’s ongoing implementation of ultra-loose monetary policy has driven the yen to its lowest level in 24 years. The currency has tumbled a fifth this year to pass through ¥144 against the dollar.

Brainard said the Fed’s recent rate rises had started to cool some sectors of the US economy but she warned it would take many months of low inflation before the central bank considered moving to a less-aggressive approach.

The Fed would need to see “several months of low monthly inflation readings to be confident” that price growth was moving down towards the central bank’s 2 per cent target, she added.

Brainard’s focus on inflation expectations underscores the Fed’s fear that persistently high inflation will result in a vicious cycle, with companies raising prices and workers demanding higher wages. That could force the central bank to take even more aggressive action and cause further economic pain.

Brainard also emphasised global factors could also help to take the heat off of inflation. “The disinflationary process here at home should be reinforced by weaker demand and tightening in many other countries,” she said. “This is particularly the case as Europe contends with downside risks to activity and a severe energy shortage caused by Russia’s war against Ukraine, and as China maintains its zero-Covid approach against a backdrop of weaker consumption.”

The US labour market remains tight, with August’s unemployment rate at 3.7 per cent — near a multi-decade low.

In an interview with the Financial Times this week, Thomas Barkin, president of the Richmond Fed, said he has a “bias in general towards moving more quickly [on interest rates] rather than more slowly, as long as you don’t inadvertently break something along the way”.

Echoing Fed chair Jay Powell’s hawkish message delivered last month in Jackson Hole, Wyoming, Brainard on Wednesday said monetary policy would need to be restrictive “for some time to provide confidence that inflation is moving down to target”.