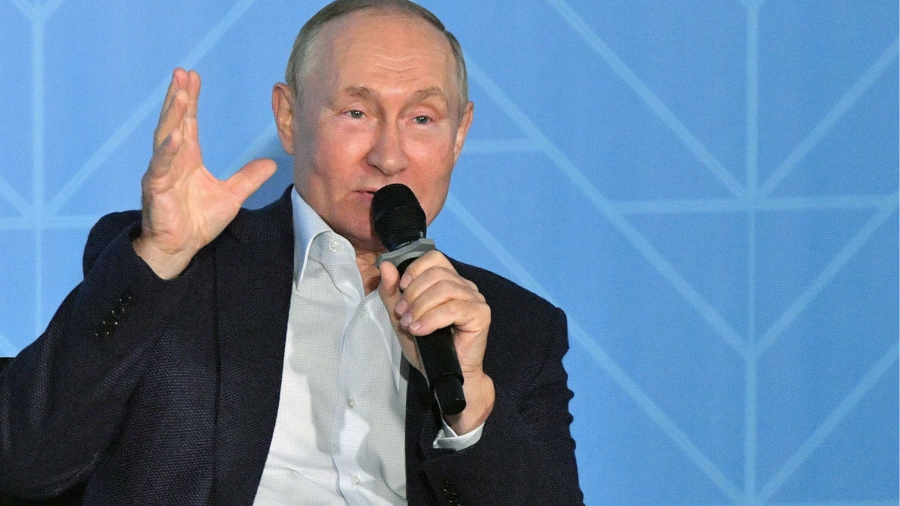 This article is an on-site version of our Disrupted Times newsletter. Sign up here to get the newsletter sent straight to your inbox three times a week

You might be thinking: “Surely the energy crisis couldn’t get any worse?” Vladimir Putin’s response: “Hold my beer.”

The Russian president confirmed today that gas flows through the Nord Stream 1 pipeline would not resume until western sanctions over Ukraine were lifted, downplaying Gazprom’s earlier explanation of technical faults. The euro hit a 20-year low in response while gas prices surged again, as fears grew that the situation could tip the continent into recession.

The energy crisis is even more acute this side of the Channel — where household bills are rising much faster than in the rest of Europe — presenting an immediate challenge for Liz Truss, who takes over as UK prime minister tomorrow after winning a bruising Tory party battle to succeed Boris Johnson.

Truss is thought to be considering freezing energy bills for at least the most vulnerable households but is holding off any further details until later this week.

Kwasi Kwarteng, her likely new chancellor, laid out some principles of Trussenomics in the FT today (TLDR: it’s all about growth), but said little about the issue dominating domestic politics, other than that “decisive action” was needed to get families and businesses through this winter and the next, with the help of some “fiscal loosening”.

UK businesses are calling for Covid-style support, while civil servants are drawing up plans to deal with blackouts (carbon paper copies, anyone?). In the meantime, chief economics commentator Martin Wolf offers the new premier some advice: be bold and target the vulnerable first.

EU member states are already taking action. Germany has followed advice from Brussels and imposed a new windfall tax on energy groups to pay for a €65bn aid package, while Sweden and Finland are providing emergency support to electricity producers as strains mount in power markets.

Russia has made little secret of its desire to see the energy crisis weaken Europe’s support for Ukraine. “Obviously life is getting worse for people, businessmen, and companies in Europe,” said Putin’s spokesman. “Of course, ordinary people in these countries will have more and more questions for their leaders.”

The latest twist and its implications for inflation raise the stakes for European Central Bank policymakers ahead of their meeting on Thursday. Markets are expecting an interest rate rise of 0.75 percentage points, the biggest increase since 1999.

Need to know: the economy

UK private sector business activity shrank in August, according to the final reading of the S&P Global/Cips purchasing managers’ index. The PMI score of 49.6 is the first reading below 50, which marks the divide between contraction and expansion, since the lockdown period of January 2021.

Latest for the UK and Europe

EU capitals are waiting to see if Liz Truss goes ahead with her plan to rip up post-Brexit trading rules concerning Northern Ireland. “Her proposals to breach international law . . . at the very moment western allies were rallying behind Ukraine — precisely to defend a liberal, rules-based world order — are proof of a stunning geopolitical shortsightedness,” said one diplomat.

Deutsche Bank marked Truss’s ascension with a note arguing that the Northern Ireland situation and other factors meant the UK was at risk of a balance of payments crisis as investor confidence melts away. “Aggressive fiscal spending, a big energy shock and a sterling slide sent the UK into the IMF’s arms back in the 1970s,” says FT Alphaville. “Today’s environment looks eerily similar.” Britain’s long-term borrowing costs today jumped to the highest level in eight years while sterling fell below $1.15.

The IMF said the EU needed to reform its borrowing powers and debt rules to help member states manage downturns and help pay for green investments.

Inflation in Turkey passed 80 per cent for the first time since 1998. In what some economists have termed a giant experiment, president Recep Tayyip Erdoğan has insisted on keeping interest rates at the lowest level in the world, even as prices soar.

European comment editor Tony Barber, in our Europe Express newsletter, discusses how German defence, energy and economic policies have been reshaped by the war in Ukraine.

China extended pandemic restrictions in Chengdu and Shenzhen, the country’s manufacturing and technology hub. At least 68 cities are now in partial or full lockdown.

South Africa could become the second G20 country after Turkey to appear on a global financial watchdog’s “grey list” unless it urgently improves law enforcement. Other countries on the list include Panama, Syria and Yemen.

The peaceful and democratic rejection of populist constitutional changes by Chilean voters is an example to the world, writes Latin America editor Michael Stott.

A deglobalising world will be an inflationary one, writes columnist Rana Foroohar, as climate change and conflict challenge the Federal Reserve’s efforts to contain rising prices.

The EU is considering wide-ranging powers to make businesses stockpile supplies in the event of another crisis such as the coronavirus pandemic. The draft proposals seen by the FT would enable Brussels to declare an emergency, triggering interventionist measures to prevent shortages in critical industries.

The global events industry is back after a difficult two years, but concerns remain over the lack of all-important Chinese participants. Convention centres and organisers are still gauging whether demand for face-to-face meetings will return to pre-pandemic levels.

The Lex column wonders how far the US clampdown on Big Tech will go, given its status as the country’s most successful homegrown sector.

Struggling cinema chains are hoping to persuade streamers such as Netflix and Apple to release more blockbusters on the big screen.

The World of Work

After two years of remote and hybrid working arrangements, US and European companies are making a renewed push to get people back into the office. Our Big Read assesses their chances of success.

HTSI magazine editor Jo Ellison takes issue with the “quiet quitting” trend that’s getting so much traction on social media. “While it’s probably stinkingly old-fashioned, I want to believe that we should take some pride in doing things well,” she says.

Another of our Big Reads examines the trade union revival brewing at Starbucks in the US. Could it re-energise the labour movement?

Get the latest worldwide picture with our vaccine tracker

Fancy helping out on a desert island while staying at home? One unexpected bonus of the work-from-anywhere era is the increasing possibility of volunteering abroad, while still keeping your day job.

Thanks for reading Disrupted Times. If this newsletter has been forwarded to you, please sign up here to receive future issues. And please share your feedback with us at disruptedtimes@ft.com. Thank you

MJF vs. CM Punk is the Feud That Can Elevate AEW to a New Level | News, Scores, Highlights, Stats, and Rumors