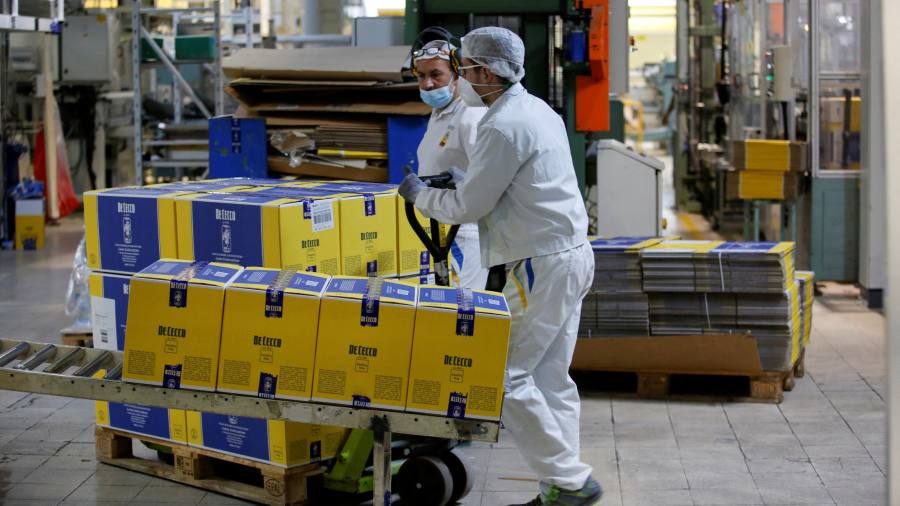 
The number of unemployed people in the eurozone fell below 11mn for the first time in July, or an all-time low of 6.6 per cent of the workforce, underlining the resilience of the bloc’s labour market despite the energy crisis caused by Russia’s invasion of Ukraine.

The official count of jobless people in the 19-country bloc dropped by 77,000 in July, according to data published by the European Commission’s statistics unit on Thursday. The bloc’s unemployment rate stood at 6.7 per cent in June.

In the wider EU, the number of unemployed people fell 113,000 in July, taking it below 13mn for the first time and its jobless rate to a new low of 6 per cent.

The strength of the eurozone labour market and the subsequent risk that wages will rise sharply have been cited by several European Central Bank policymakers as a reason for seeking to accelerate the pace of interest rate rises with a 0.75 percentage point move next week.

“Against the backdrop of record high inflation and record low unemployment, the ECB at its meeting next week will see little reason to hold back on policy tightening,” said Jessica Hinds, an economist at research group Capital Economics.

Dutch central bank governor Klaas Knot, who sits on the ECB governing council, said he visited six eurozone countries in his summer holidays, “and in almost every shop I went into in all these countries there were signs saying ‘we’re hiring’ or ‘staff needed’.”

“This should be quite some concern on the back of the persistent inflation we are seeing,” said Knot, who has called for the ECB to discuss speeding up rate increases to curb inflation.

ECB executive board member Isabel Schnabel told the Jackson Hole meeting of central bankers last weekend that “tight labour markets” were one of the “significant risks” that “threaten to feed an inflationary process that is becoming harder to control the more hesitantly we act on it”.

However, Hinds said the latest fall in eurozone jobless numbers was “likely to be as good as it gets”. “The region faces a difficult winter and recession looms. So the jobless rate is likely to rise from here, even if short-time working schemes cushion the blow,” she added.

In response to record eurozone inflation, unions are demanding higher pay and several governments are increasing minimum wages sharply. Meanwhile, workers in some countries, such as Belgium, have indexation agreements linking pay to inflation.

Paul Hollingsworth, senior European economist at French bank BNP Paribas, said: “There is evidence that firms are having to pay over-and-above the negotiated wage — eg via bonuses, to attract and retain workers given the tightness of the labour market.”

People Are Not Prepared For The Energy Crisis – Bitcoin Magazine