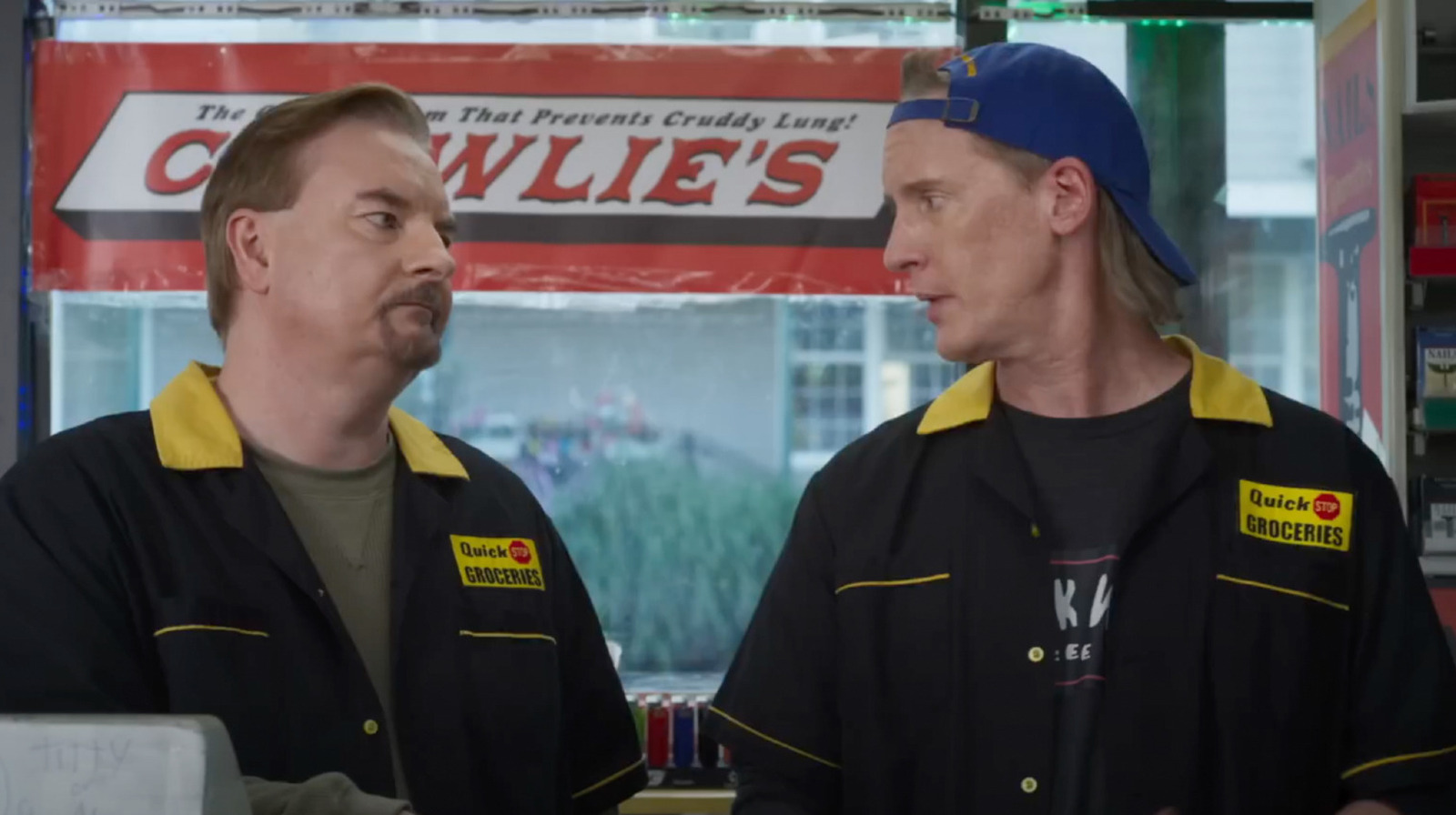 
The last time we saw Dante, he was checking in for another day at the Quick Stop (which he and Randal bought and re-opened at the end of “Clerks II”) when he got caught up in a police raid on Jay and Silent Bob’s drug operation next door in 2019’s “Jay and Silent Bob Reboot.” Speaking to The Hollywood Reporter, Smith revealed this was actually a revised take on the opening scene for his early “Clerks III” script draft:

“It opened on the evening of Hurricane Sandy. Dante and Randal were locked in a jail because the original version of ‘Clerks III’ was the opening of ‘Jay and Silent Bob Reboot’ where the cops come in and bust Jay and Silent Bob. All of them were arrested and there’s an interrogation scene and somebody comes in and says, ‘We gotta get ’em out and put them in cells because it’s coming.’ And [the guys] are like, ‘What’s coming?’ ‘They’re calling it Sandy.’ They were locked in a cell all night long and they get out in the morning to find that the Quick Stop was destroyed by a flood.”

The loss of their former way of life hits Randal the hardest, causing him to have a nervous breakdown. In the hopes of aiding his recovery, he subsequently lines up for a screening of the film “Ranger Danger” at a nearby movie theater a year before it’s due to open. Inspired by his example, what Smith described as a “weird movement” begins to form around Randal:

“A village sprouts up in the parking lot of the movie theater. Randal builds a lean-to version of Quick Stop, like a bodega-shanty version, and becomes the unofficial mayor of this town.”