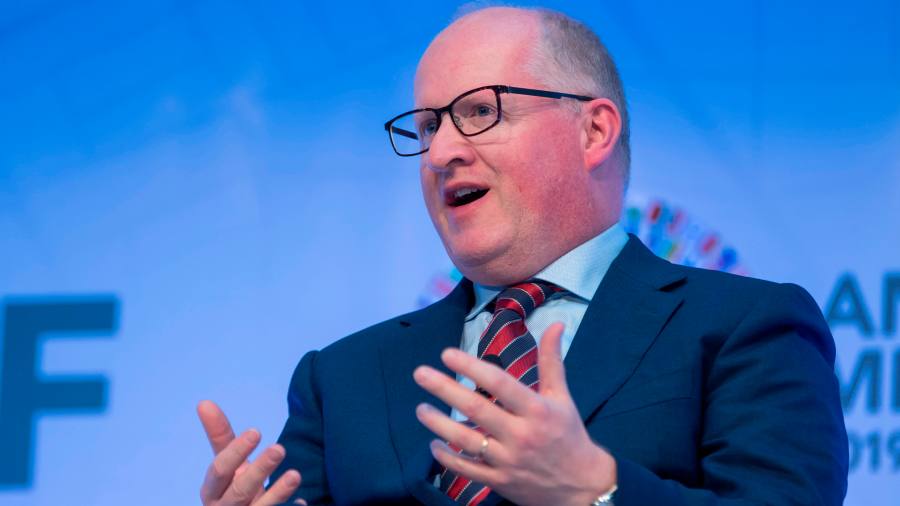 
The European Central Bank’s chief economist has said it should increase borrowing costs at a “steady pace”, casting doubt over whether he will support calls to raise interest rates by a record 0.75 percentage points next week.

Philip Lane told an event in Barcelona it would be better to “chop up” the expected path of rate rises over the coming months into “smaller increments” as this would give it time to “learn more” about how the economy is progressing.

His comments on Monday represent a mild pushback against more hawkish comments by other members of the ECB governing council, some of whom have anonymously called for it to consider a three-quarter percentage point rate rise for the first time in its history at next week’s meeting.

However, economists noted that Lane left the door open to a more aggressive rate-rise, while investors continued to price in a strong probability of the ECB increasing its deposit rate by a record 75 basis points next week.

Eurozone government bonds sold-off earlier in the day — pushing 10-year yields on German and Italian bonds to two-month highs — and did not recover after Lane spoke. The euro rebounded slightly above the value of the US dollar, indicating investors expect a bigger rate rise.

The ECB raised rates for the first time since 2011 in July, lifting its deposit rate out of negative territory to zero in a bigger move than it had signalled as it sought to bring inflation back towards its 2 per cent target.

But inflation growth has consistently outstripped its forecasts and on Wednesday consumer prices are expected to set another new eurozone record, rising to 9 per cent when the latest inflation data are published by Eurostat, driven higher by record gas prices.

Lane said inflation was “extremely high” and “many people’s pay levels may not be aligned with costs to put it mildly,” which meant “there is still some adjustment on costs to come and that is going to keep inflation high for some time”. 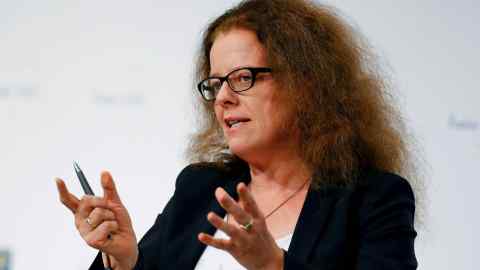 The ECB chief economist, one of the more dovish members of the rate-setting council, said the central bank had entered “an important new phase” after exiting negative rates in which it identifies how high it thinks rates need to go to bring inflation back to its target — the so-called terminal rate.

“A steady pace (that is neither too slow nor too fast) in closing the gap to the terminal rate is important for several reasons,” said Lane. Such a “calibrated” approach to rate-rises would allow markets to absorb higher borrowing costs and leave it room to target a lower terminal rate if the inflation outlook changed.

However, he did not express firm opposition to the idea of a bigger rate rise next week, saying: “The appropriate size of the individual increments will be larger the wider the gap to the terminal rate and the more skewed the risks to the inflation target.”

Frederik Ducrozet, head of macroeconomic research at Pictet Wealth Management, said: “Inflation is likely to deteriorate, not improve, in the next couple of months. This should keep the 75 basis point option live [for the ECB].”

“At the start of Lane’s ‘new phase’, the gap between policy rates and the neutral rate is larger by definition,” added Ducrozet. “Hence I suspect he may not oppose a 75 basis point move in September.”