Hold Your Breath For The Hopping Undead In Mr. Vampire 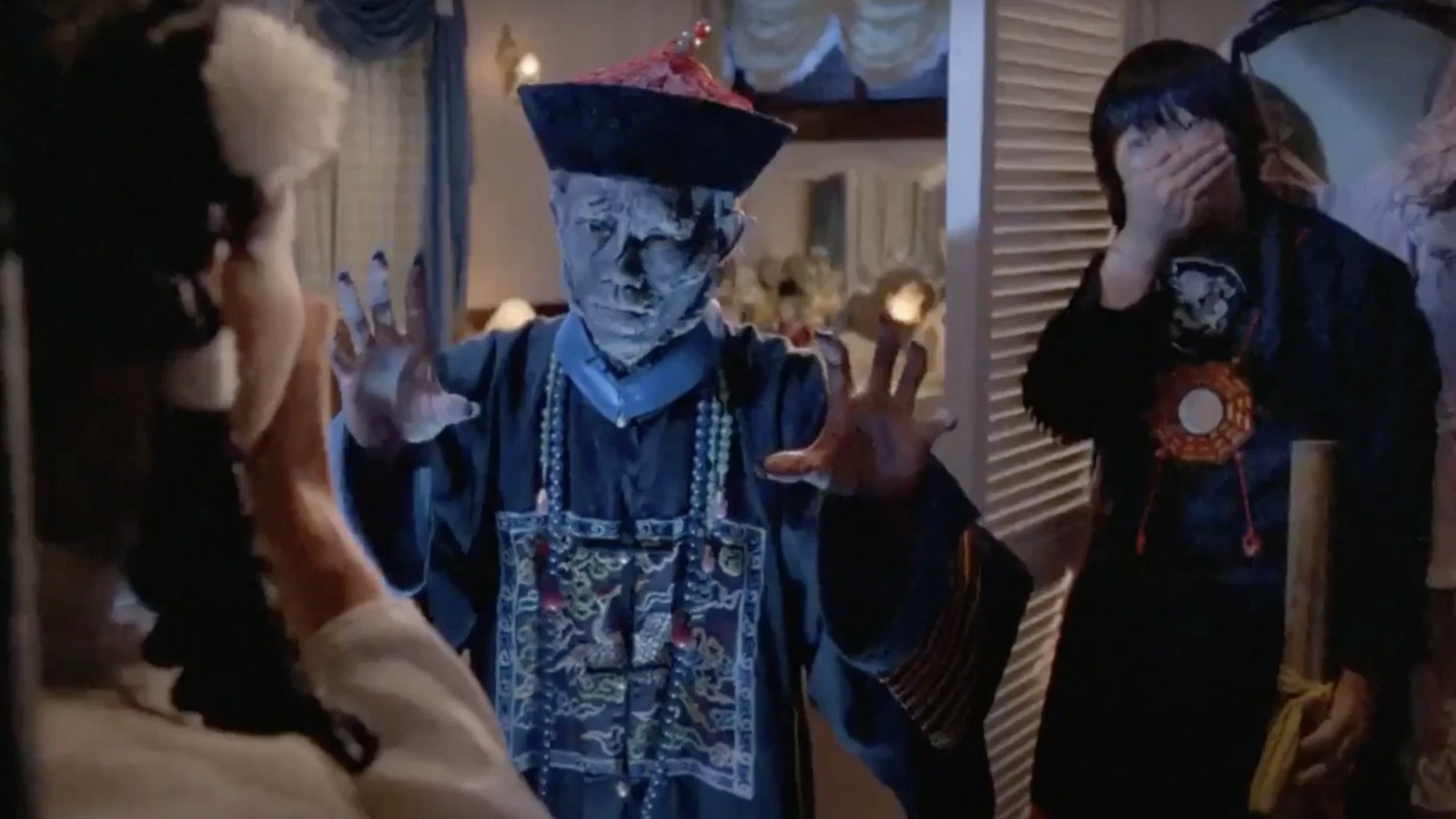 
“Mr. Vampire” imparts useful skills for what to do when you’re beset by hopping vampires. Forget holy water; you need sticky rice to deal with these things. Just make sure local merchants aren’t cheating you by mixing in long-grain rice with the sticky rice. That will render it less effective in preventing the “vampirification” of friends who are wounded and poisoned in the acrobatic scuffle with hopping vampires.

One surefire method of stopping a hopping vampire is to pin a Taoist talisman to its forehead. They can even be controlled and sicced on other vampires this way. Be careful not to sneeze, as this could blow the talisman off, and then you’ll be s*** out of luck, as the French say.

If you yourself begin turning into a stiff-legged hopping vampire, keep active! Dance it out the way you would if you suspected you had restless leg syndrome but had never been officially diagnosed.

Mirrors, as we see in “Mr. Vampire,” do repel the jiangshi, more forcefully than their Western counterparts even, so you’ve got that going for you, at least, if you’ve been weaned on the rules of Western vampire films. It is possible to plug up the nostrils of hopping vampires so they lose the scent of your breathing.

A separate peril of places in the countryside overrun by hopping vampires is the possibility of ghosts with the face of “Pauline” Wong Siu-fung enchanting you and leaving you with “love bites.” As vampire attacks mount, the last resort is to try warding them off with raw poultry, saying, “Big brother, eat the chicken!” Good luck, and remember the most important rule of vampire hunting: just have fun with it.

10 lessons about innovation from working with 126 founders