A Defanged Twist On Dracula 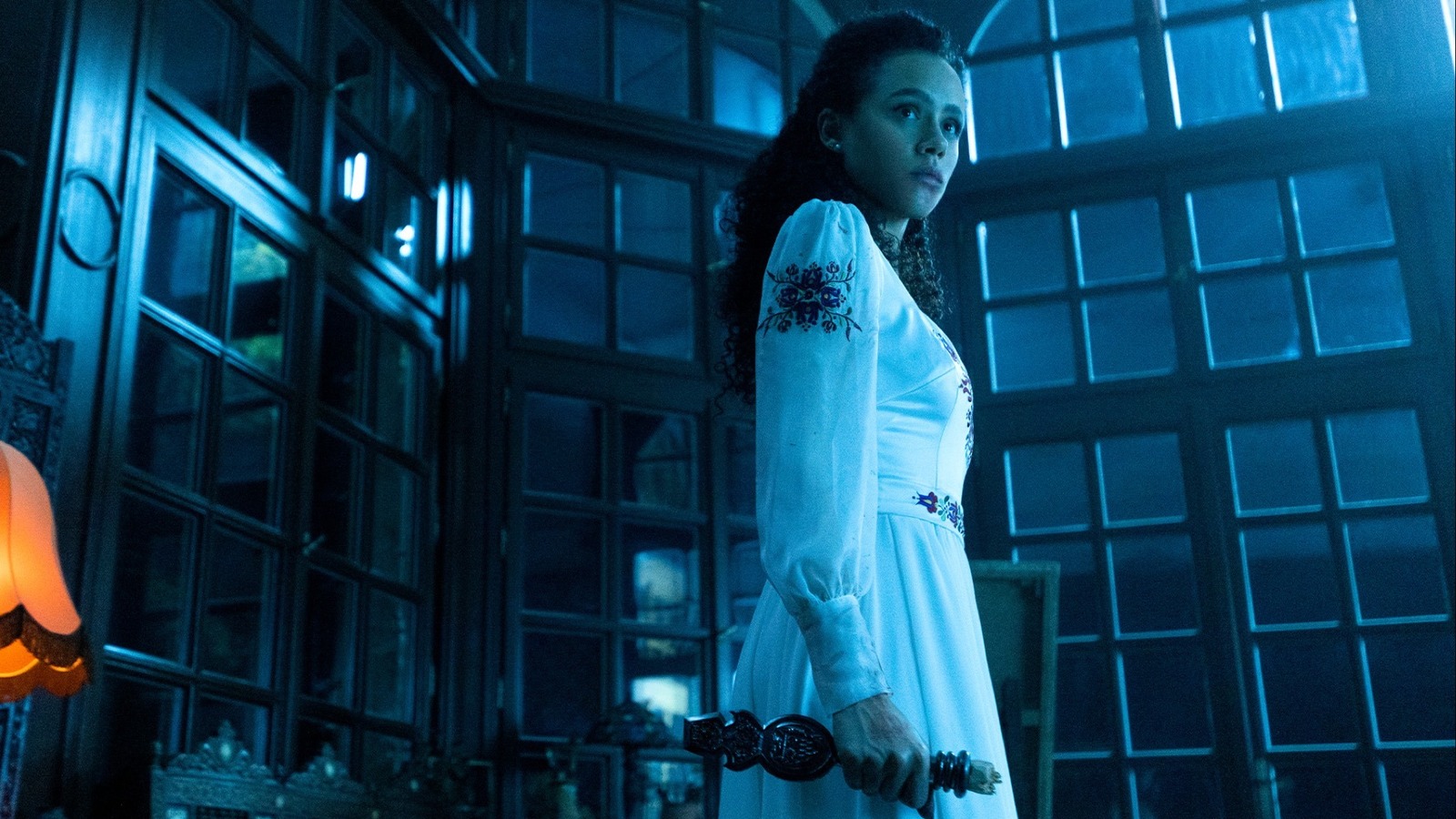 
The wedding is being held at a sprawling estate, and that’s also where Evie will be staying. The place is owned by the extremely handsome Walter DeVille — get it, like devil?! Spooky! Personally, I would’ve called him Walter Dracula, but I’m not the one making this movie. Anyway, Walter Dracula, played by strong-jawed actor Thomas Doherty, is charming and sexy, and he sweeps Evie off her feet pretty quickly. Of course, at this point, the audience is shouting to Evie that she’s in mortal danger. Too bad she’s slow to catch on.

At times, “The Invitation” seems to want to invoke “Get Out.” Evie has left home to go to an unfamiliar place; a place where she is the sole Black face surrounded by overly pleasant, but slightly off-kilter white people — one of whom even reaches out and touches her hair. And a cruel butler looks at her with nothing by disdain. Racial elements aren’t underplayed throughout the film — there’s plenty of talk about Evie being of low social standing — but “The Invitation” ultimately lets this angle fizzle to give way to some rather sill fight scenes.

One also can’t help but think of the far superior “Ready or Not,” another horror movie about a wedding weekend gone very, very wrong. If “The Invitation” had even a spark of the electric energy running through that film, it might be on to something. Sadly, the movie mostly plods along. There are long stretches of absolutely nothing that effectively torpedo any momentum. Pacing is not this film’s strong point.

All of this is a pity, because “The Invitation” has an overall successful creepy atmosphere, heightened by some truly stellar set design that turns the sprawling mansion into something akin to Disney’s Haunted Mansion, or Guillermo del Toro’s “Crimson Peak.” And Autumn Eakin’s shadowy cinematography only elevates things. Sadly, sometimes it’s too shadowy — there are more than a few scenes shrouded in darkness; a darkness that seems to have been enhanced to shield any graphic scenes and earn “The Invitation” a defanged PG-13 rating.

Duolingo is debuting its much-hyped math app this week

Chic Picnic Baskets and Delicious Recipes to Fill Them Up With