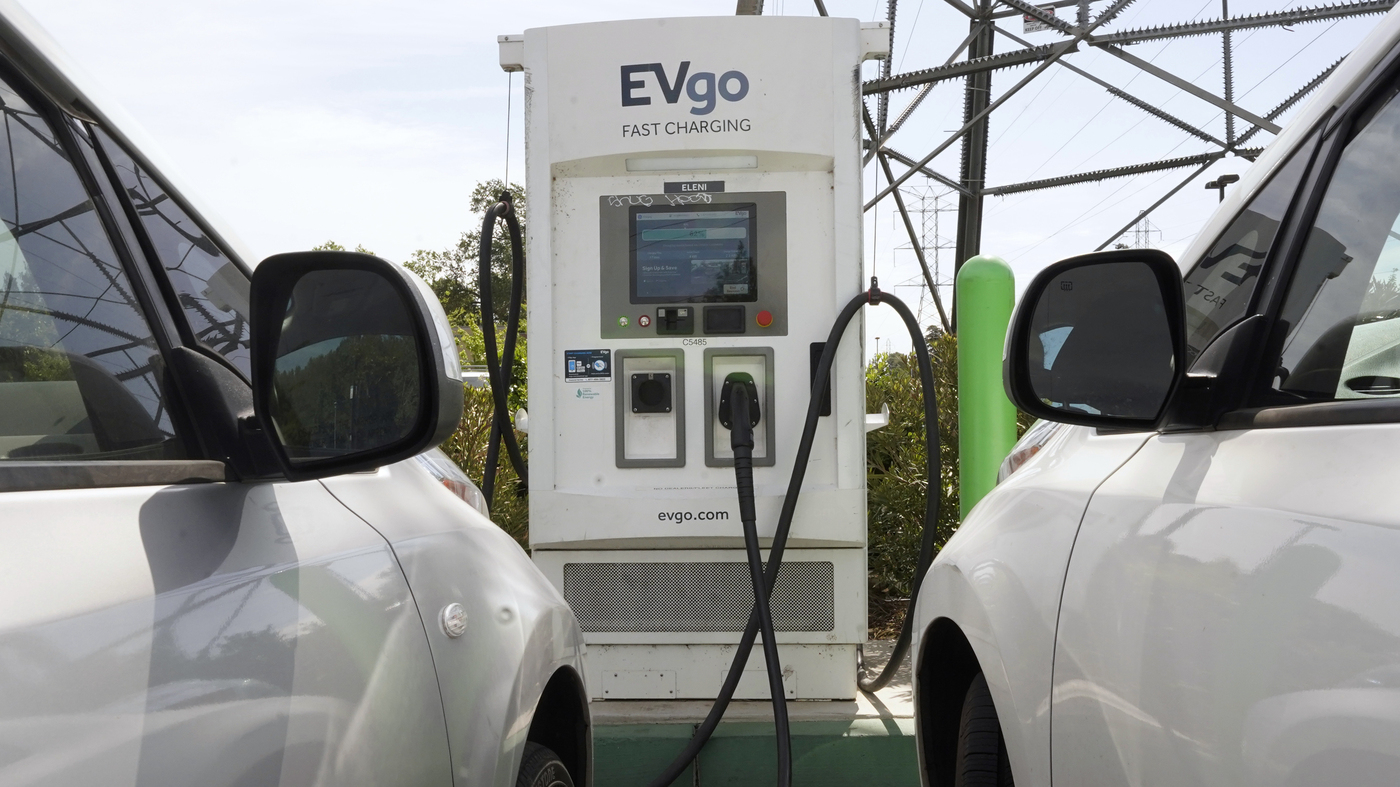 Electric cars are parked at a charging station in Sacramento, Calif.

Electric cars are parked at a charging station in Sacramento, Calif.

SACRAMENTO, Calif. — California is poised to set a 2035 deadline for all new cars, trucks and SUVs sold in the state to be powered by electricity or hydrogen, an ambitious step that will reshape the U.S. car market by speeding the transition to more climate-friendly vehicles.

The California Air Resources Board will vote Thursday on the policy, which sets the most aggressive roadmap in the nation for moving away from gas-powered cars. It doesn’t eliminate such vehicles, however.

People can continue driving gas-fueled vehicles and purchasing used ones after 2035. The plan also allows for one-fifth of sales after 2035 to be plug-in hybrids that can run on batteries and gas.

But it sets a course for ultimately ending the era of filling up at the local gas station. The switch from gas to electric cars will drastically reduce emissions and air pollutants. The transition may be painful in parts of the state that are still dominated by oil; California remains the seventh-largest oil producing state, though its output it falling as the state pushes forward with its climate goals.

“The climate crisis is solvable if we focus on the big, bold steps necessary to stem the tide of carbon pollution,” Democratic Gov. Gavin Newsom said Wednesday. He announced the 2035 goal two years ago and regulators have spent the time since then working out the details of what Newsom termed “the action we must take if we’re serious about leaving this planet better off for future generations.”

There are practical hurdles to overcome to reach the goal, notably enough reliable power and charging stations. California now has about 80,000 stations in public places, far short of the 250,000 it wants by 2025. The Alliance for Automotive Innovation, which represents many major car makers, flagged the lack of infrastructure, access to materials needed to make batteries, and supply chain issues among the challenges to meeting the state’s timeline.

“These are complex, intertwined and global issues well beyond the control of either (the California Air Resources Board) or the auto industry,” John Bozella, the group’s president, said in a statement.

Though the state makes up 10% of the U.S. car market, it’s home to 43% of the nation’s 2.6 million registered plug-in vehicles, according to the air board.

California climate officials say the state’s new policy will be the world’s most ambitious because it sets clear benchmarks for ramping up electric vehicle sales over the next dozen years. By 2026, for example, one-third of new cars sold must be electric. About 16% of cars sold in California in the first three months of this year were electric.

The European Parliament in June backed a plan to effectively prohibit the sale of gas and diesel cars in the 27-nation bloc by 2035, and Canada has mandated the sale of zero-emission cars by the same year. The Chinese province of Hainan said this week it would do the same by 2030.

In the U.S., Massachusetts, Washington and New York are among states that have set goals to transform their car markets or have already committed to following California’s new rules.

California has historically been granted permission by the U.S. Environmental Protection agency to set its own tailpipe emissions rules for cars, and 17 other states follow some or all of its policies.

The new electric vehicle rules will also require federal approval, which is considered likely with President Joe Biden in the White House. A future Republican president, though, could challenge California’s authority to set its own car standards, as the Trump administration did.

Indeed, the new commitment comes as California works to maintain reliable electricity while it moves away from gas-fired power plants in favor of solar, wind and other cleaner sources of energy. Earlier this year, top energy officials warned the state could run out of power during the hottest days of summer, which happened briefly in August 2020.

That hasn’t happened yet this year. But Newsom is pushing to keep open the state’s last-remaining nuclear plant beyond its planned closer in 2025, and the state may turn to diesel generators or natural gas plants as a backup when the grid is strained.

Adding more car chargers will put a higher demand on the energy grid.

Driving an electric vehicle long distances today, even in California, requires careful planning about where to stop and charge, said Mary Nichols, former chair of the California Air Resources Board. The money from the state and federal government will go along way to boosting that infrastructure and making electric cars a more convenient option, she said.

“This is going to be a transformative process and the mandate for vehicle sales is only one piece of it,” she said.

Though hydrogen is a fuel option under the new regulations, cars that run on fuel-cells have made up less than 1% of car sales in recent years.

Both the state and government have rebates for thousands of dollars to offset the cost of buying electric cars, and the rules have incentives for car makers to make used electric vehicles available to low- and middle-income people. Over the past 12 years, California has provided more than $1 billion in rebates for the sale of 478,000 electric, plug-in or hybrid vehicles, according to the air board.

What Is Tapping Therapy?