The Lord Of The Rings: The Rings Of Power Early Buzz: One Ring To Rule Them All? 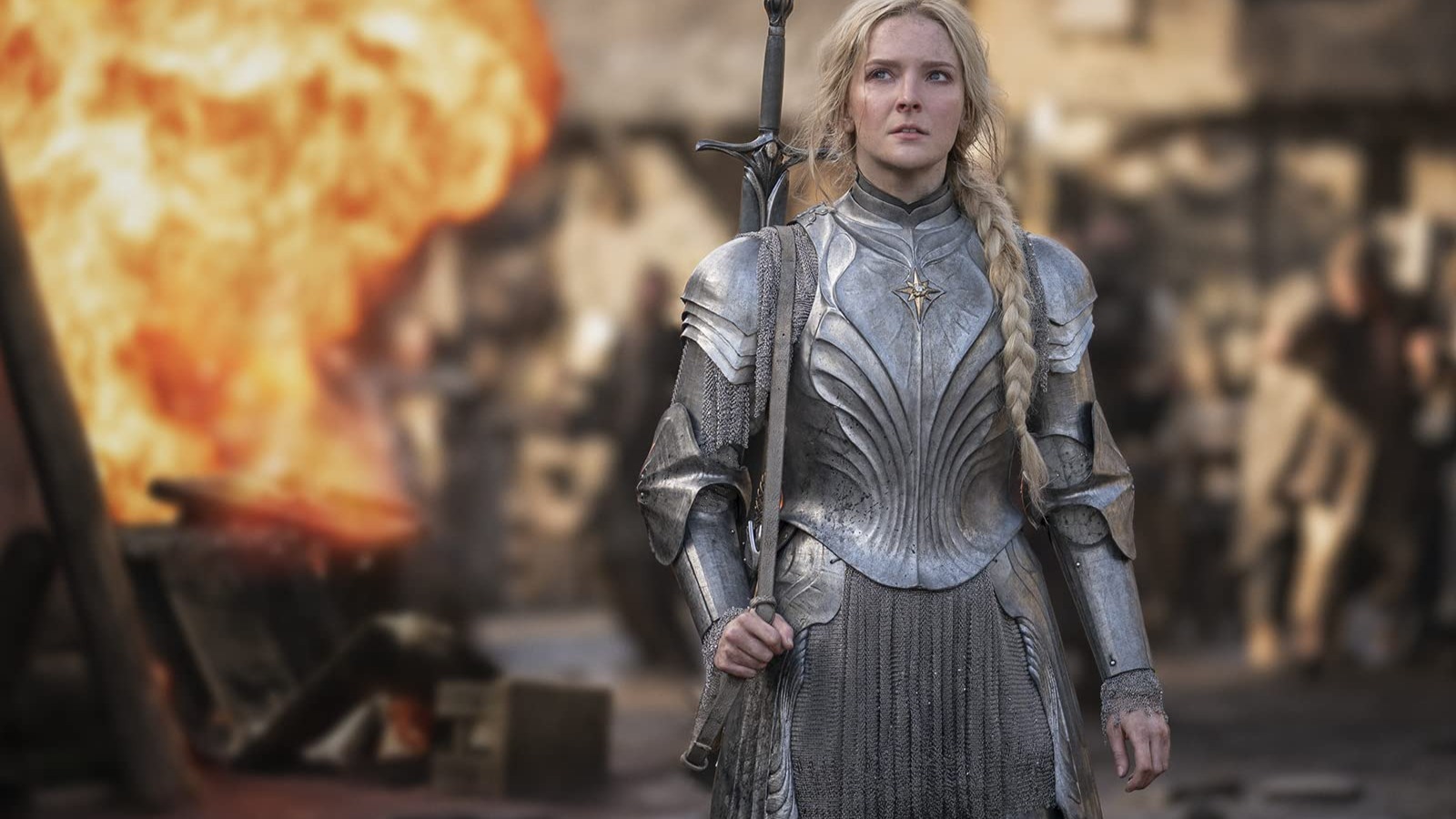 Fantasy fans have barely had the chance to catch their breath after the “House of the Dragon” premiere took viewers back to Westeros for the first time in years. Now, a different world of magic is about to make a comeback, with “The Lord of the Rings: The Rings of Power.” The new Prime Video series is set to debut September 2, 2022, and thanks to the specifics of the rights deal secured by Amazon Studios, it will pull not from J.R.R. Tolkein’s “Lord of the Rings” books, but from lesser-known Middle-earth history texts, like the books’ appendices.

“The Lord of the Rings: The Rings of Power” has a lot riding on its success: the series reportedly has a budget of over $400 million for its first season, which would make it the most expensive TV show ever made. Those big numbers could translate to great storytelling and huge success, or, as we’ve recently seen with Netflix’s big-budget gamble “The Gray Man,” it could fail to make a major impact with viewers. Series creators JD Payne and Patrick McKay already have five seasons planned, so we’ll be hearing about the series for a while either way.

So, is “Lord of the Rings: The Rings of Power” worth viewers’ investment? First reactions to the series have just gone live, and the early buzz looks promising. Here’s what critics are saying about their first look at the series:

Have seen the first 2 episodes of the @primevideo‘s #LordOfTheRings series. Prepare to be blown away by the scale and scope of #TheRingsofPower. I don’t know how they managed to pull this off, but they made a ‘Lord of the Rings’ show that feels like ‘Lord of the Rings.’ ½ pic.twitter.com/OTZjH41WTS

Amazon’s new #LordOfTheRings series #TheRingsOfPower is impressive. The massive budget just bleeds off the screen, and it *feels* like something that would fit alongside Jackson’s films. But even with such a huge world, it’s never overwhelming and keeps it’s focus.👍👍 pic.twitter.com/2jBOyZtfSt

I’ve seen the first 2 episodes of #LordOfTheRings #TheRingsOfPower. It is stunningly gorgeous to look at, and the score is beautiful. It also takes a while to get going, and there’s a LOT going on. But for fans of the movies, it’ll take you right back at points once it’s rolling.

Social media embargo is up for #LordofTheRings #TheRingsofPower #LOTR, so: I’ve seen the first 2 episodes. I had been skeptical…but I was very pleasantly surprised. It is actually good! Very good! Visuals & tone are just right. IMO, a great addition to the Tolkien world

Got to see the first two episodes of #LordOfTheRings #TheRingsOfPower and it’s absolutely GORGEOUS. That being said, I’ve never seen a single LOTR movie so I am completely lost, which is kind of upsetting considering it’s a prequel. However, I’m still excited to keep watching. pic.twitter.com/TCiCziwAzv

I’ve seen two episodes of #LordOfTheRings #RingsOfPower @primevideo. It’s worthy of its namesake – grand in scope & storytelling with intricately detailed locales + a good amount of action. I can’t wait to see what happens next. #EmaHorvath couldn’t tell me. pic.twitter.com/DhOccVRHAL

The pilot for #RingsOfPower is great but the 2nd episode is gonna make #LordOfTheRings fans flip the f out… it’s so good, and can’t wait to see the rest of Season 1!

But I’m very encouraged with the first two #RingsofPower episodes overall. Each pocket of civilization they visit puts forth a new perspective and mythical cultural wonders. Straightforward plot mixed with starry eyes. #LordOfTheRings

Here’s part of the official synopsis for “Lord of the Rings: The Rings of Power”:

Prime Video’s The Lord of the Rings: The Rings of Power brings to screens for the very first time the heroic legends of the fabled Second Age of Middle-earth’s history. This epic drama is set thousands of years before the events of J.R.R. Tolkien’s The Hobbit and The Lord of the Rings, and will take viewers back to an era in which great powers were forged, kingdoms rose to glory and fell to ruin, unlikely heroes were tested, hope hung by the finest of threads, and the greatest villain that ever flowed from Tolkien’s pen threatened to cover all the world in darkness.

The new series’ trailers certainly deliver some gorgeous visuals, and it’s set to introduce a whole host of new characters including elves, dwarves, humans, and hobbit-like Harfoots. The cast largely includes up-and-comers, but is led by “Saint Maud” star Morfydd Clark who plays a young Galadriel. Robert Aramayo, Markella Kavenagh, and Ismael Cruz Cordova are among the other lead cast members. “Lord of the Rings: The Rings of Power” arrives on Prime Video on September 2, 2022.

The post The Lord of the Rings: The Rings of Power Early Buzz: One Ring to Rule Them All? appeared first on /Film.

How a Skin-Care Founder Melds Science, Ayurveda, and a Few Easy Makeup Tricks