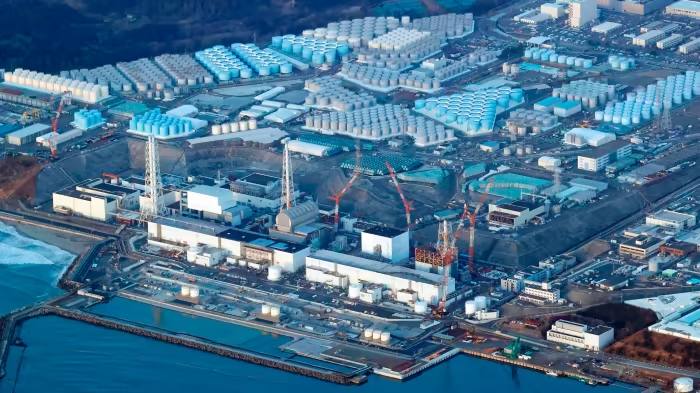 Good morning. Fumio Kishida, Japan’s prime minister, has moved to restore the country’s status as a nuclear-powered nation for the first time since the 2011 Fukushima crisis, accelerating the restart of reactors and signalling the construction of new plants.

Kishida’s decision to throw his political weight behind the nuclear power sector is intended to rein in soaring energy costs for households and companies and to support Japan’s nuclear technology manufacturers.

“As a result of Russia’s invasion of Ukraine, the global energy situation has drastically changed,” Kishida said on Wednesday.

“Whatever happens globally, we need to prepare every possible measure in advance to minimise the impact on people’s lives,” he said, adding that the government would aim to come up with concrete plans for the nuclear sector by the end of the year.

Thank you to those of you who took yesterday’s poll. Fifty-four per cent of respondents said they think Elon Musk will win his legal battle with Twitter. And thanks for reading FirstFT Asia. — Emily

1. Thai PM suspended after legal challenge Prayuth Chan-ocha has been suspended from office after the country’s constitutional court agreed to hear a petition brought by the opposition which argues that he has exceeded his legally mandated eight-year term. The prime minister will be temporarily relieved of his duties while the petition is considered, the court said yesterday.

2. China probes defeat by Evergrande youth football team Chinese authorities have ordered tighter supervision of local leagues and an investigation into alleged match-fixing following a defeat suffered by an under-15s team from the youth academy of distressed property developer Evergrande. The team was winning 3-1 until the 68th minute but ended up losing 5-3.

3. Singapore fines Noble $9.1mn for ‘misleading’ financial statements The announcement by the city state’s accounting authority concludes its probe of a high-profile accounting scandal that brought Noble, a commodities business, to the brink of collapse. It also flagged “stern warnings” given to two unnamed former directors of the group.

4. Crisis of confidence in Chinese property Investors are pricing in almost $130bn in losses on Chinese property developers’ dollar debt, with two-thirds of the more than 500 outstanding dollar bonds priced below 70 cents on the dollar as concerns mount that the country’s housing market will face a protracted crisis unless Beijing implements a large-scale bailout.

5. Biden to cancel $10,000 of student debt for millions of Americans The plan includes cancelling $10,000 of repayments for anyone earning less than $125,000. Those in receipt of Pell Grants, which are given to those in particular financial need, will qualify for $20,000 worth of forgiveness.

Anniversary of Myanmar crackdown Today marks five years since the country’s military launched a crackdown that led to the Rohingya refugee crisis.

Jackson Hole Economic Symposium The gathering of central bankers starting today in Wyoming will be closely watched as the beast of inflation runs rampant around the world. In this useful explainer, Colby Smith and Sam Lerner examine whether the Federal Reserve can tame the highest inflation in about 40 years without causing sharply higher unemployment.

European Central Bank minutes We will get the minutes from policymakers last meeting.

What else we’re reading and listening to

Bangladesh is being ‘killed by economic conditions elsewhere’ Power blackouts and high import prices are fuelling fears that the country’s previous economic gains could be reversed by global crisis. Previously one of the world’s poorest countries, Bangladesh has become the third-largest garment exporter, according to World Trade Organization data.

A stalemate after six months of war Ukraine and Russia are at a stalemate across much of the 2,400km front line and Russian forces are entrenching themselves for the winter ahead. Both sides are so dug in that “there are no prospects for peace at all — only a ceasefire,” according to a person close to the Kremlin.

Afghanistan one year later On the latest episode of our Behind The Money podcast, south Asia correspondent Ben Parkin explains how Afghanistan’s economy has changed in the year since US forces left the country and the Taliban retook control of the government.

A UK government under Truss The Conservative party leadership contest has less than two weeks to run, with several polls suggesting that Liz Truss is likely to become the UK’s next prime minister. Should she win, who is likely to feature in her cabinet?

What kind of great power will India become? James Crabtree reviews three books that offer insights into New Delhi’s relationship with the US and China. India’s response to the war in Ukraine did not pan out the way many in the west might have hoped, he writes.

We’re in an era when the unpredictability of people meets the as-yet not fully capable autonomous car. In this moment, which I’m calling the Human-Autonomy Clash, there’ll be crashes, there’ll be anger, writes Dave Lee.