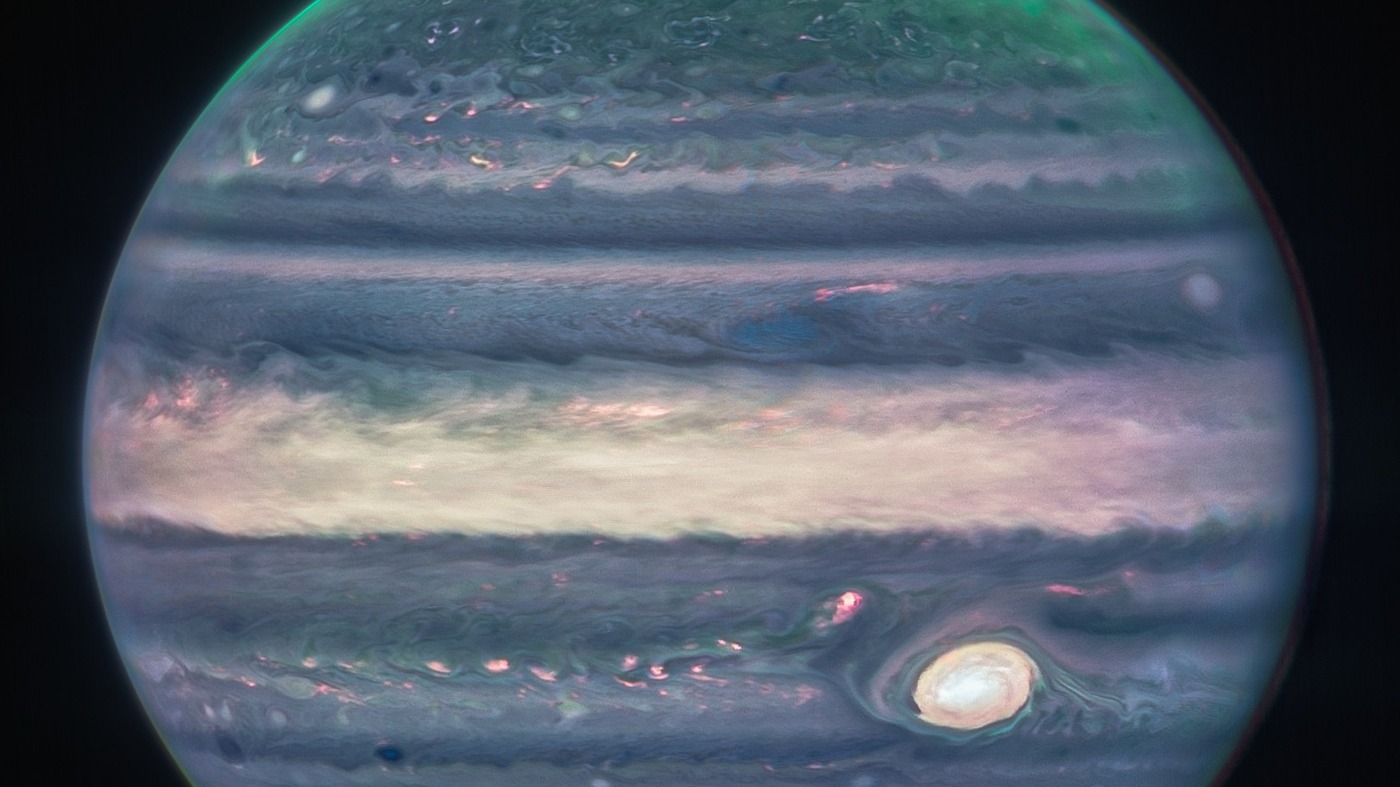 A new image of Jupiter taken from NASA’s Webb Telescope and released on Monday is shown.

A new image of Jupiter taken from NASA’s Webb Telescope and released on Monday is shown.

The latest photos, captured with NASA’s James Webb Space Telescope, show bands of blue and gray in the middle, with rainbow-colored hues at the planet’s poles.

The telescope uses a camera with three filters that can map out infrared light, which is invisible to the human eye, to colors on the visible spectrum.

“We hadn’t really expected it to be this good, to be honest,” said planetary astronomer and UC-Berkeley professor Imke de Pater. “It’s really remarkable that we can see details on Jupiter together with its rings, tiny satellites, and even galaxies in one image.”

The red on the photos show auroras, while the yellows and greens show hazes swirling around the poles. The white bands and spots show cloud cover, including the Great Red Spot, a massive storm that “could swallow Earth,” NASA said.

“The brightness here indicates high altitude – so the Great Red Spot has high-altitude hazes, as does the equatorial region,” said Heidi Hammel, vice president for science at the Association of Universities for Research in Astronomy. “The numerous bright white ‘spots’ and ‘streaks’ are likely very high-altitude cloud tops of condensed convective storms.”

Likewise, the darker areas are ones with little cloud cover. Photos with a wider view show the planet’s rings and two moons, Amalthea and Adrastea.

The Wellness Gift Guide for Every Occasion