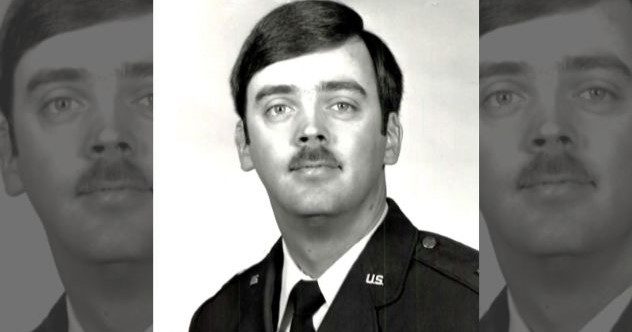 
William Howard Hughes Jr. had a successful career in the Air Force in the 1980s. Already a captain by his early 30s, he was on the fast track to a stellar service career after he’d been with the outfit for much of his adult life. Known for hard work and dependability, he was being promoted steadily.

By 1983, he was assigned to Kirtland Air Force Base in Albuquerque, New Mexico. While there, he had access to top-secret missile launch codes and warning systems information as part of a NATO program. He owned his own home in Albuquerque and lived alone. In July of that year, he was sent on a project in the Netherlands and ordered to return to base on August 1. He never reported back.

Hughes vanished into thin air, taking all his knowledge of classified and sensitive information with him. More than three decades later, he resurfaced. Here’s the crazy true story behind his disappearance.

From the very beginning, Hughes’s disappearance was big news. The United States was in the midst of the Cold War with Russia at the time. Considering his classified knowledge of weapons systems, Hughes’s unknown whereabouts posed a national security risk. The threat of nuclear war with Russia and other hostile powers loomed large in that era.

So when Hughes seemingly vanished into thin air, the American government took action. They began looking into whether Hughes had defected to the Soviet power. When asked about the possibility of the captain defecting to Russia with state secrets, one Air Force official bluntly told a newspaper reporter, “that has to be an option.” [1] 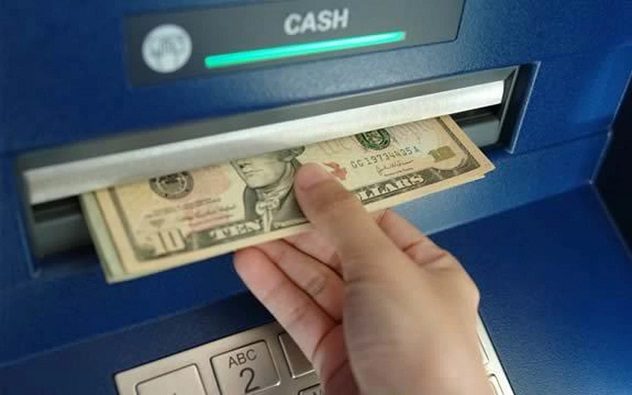 After the Netherlands trip, Hughes failed to return to Kirtland at the beginning of August. Immediately, the Air Force began an investigation. Ten days later, they officially classified him as absent without leave. During their search, officials found Hughes had been seen withdrawing money from ATM locations in Albuquerque. In total, Hughes took out more than $28,000 in cash from 19 different ATMs around the city. His car was also found at the city’s airport. Officials began to suspect the obvious: he was fleeing from something. But when they searched his home, investigators found to-do lists written out and notes about books he intended to read upon his return.[2] 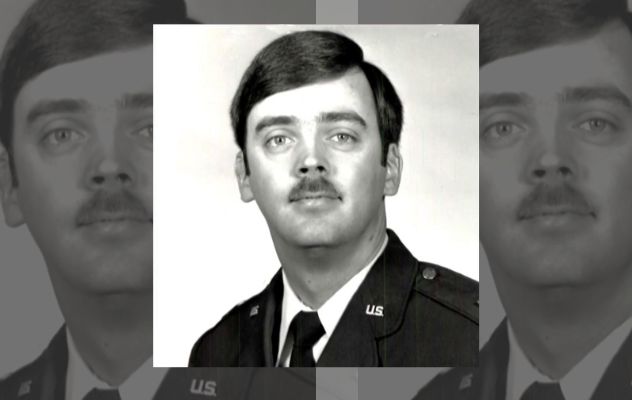 Winter came with no sign of Hughes. Finally, on December 9, 1983, the Air Force declared him to be a deserter. The crime is serious: During war, it is punishable with execution. In peacetime, Hughes faced the threat of five years in prison. By January 1984, his absence caught the attention of national media. Hughes’s photo was published in newspapers around the country.

In addition, Air Force officials sent his information to police departments nationwide. The Pentagon confirmed publicly that a captain “with top secret access is missing under mysterious circumstances.” Even so, the government tried to downplay concerns Hughes was a spy or that he had defected. The FBI told media outlets, “there is no indication of espionage at this point.” Behind the scenes, officials scrambled to find him.[3] 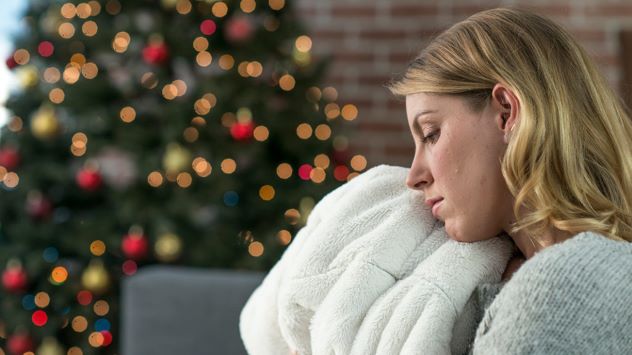 Months after Hughes’s disappearance, his family began speaking out. His sister Christine was mortified by his absence, claiming it was “totally out of character for the Bill we knew.” Cryptically, she also told reporters that he was always careful about staying in close contact in his adult life, and “we do not feel he disappeared voluntarily.”

Police departments across the country began acting on tips. The Air Force conducted lengthy interviews with Hughes’s family, friends, and coworkers. Still, nothing came of the investigation. As Christmas came around more than a year after the captain had vanished, Christine again mourned the loss. “The holidays are the worst time,” she told a Seattle newspaper. “We make sure we’re together to try and help each other through.”[4]

While the Air Force continued its search, Hughes’s story slipped off the front page. But it roared back several years later, in 1986. That year, Pentagon officials worried the missing captain was somehow sabotaging missile launches. The Los Angeles Times reported on a “bizarre pattern” of failed explorations and missile tests in the United States and France.

The list included the Challenger disaster, which killed all seven crew members upon launch. In the bombshell report, Hughes was named by officials as a sabotage suspect. One Pentagon source asserted there was “a clear link between Hughes and possible sabotage of the American and French launches.” Another insider claimed he was “worth his weight in gold to the Russians.” But the government still couldn’t find him.[5]

5 The Cold War Cools Off

Whatever happened to Hughes, the end of the Cold War proved to cool concern over his disappearance. As the 1980s ended, the Russian threat began to wane. In 1991, the Soviet Union fell, and the unofficial Cold War essentially ended. Government officials leveled down their concern over certain missile secrets and stopped worrying openly about Russian spies and double agents. The focus on Hughes dropped in kind.

According to SFGate, William Howard Hughes’s name was not mentioned at all in press reports from 1987 to 2017. Still, that doesn’t mean Air Force officials weren’t still looking for him. And in 2018, in the most unexpected way, they finally came face to face with the man who had disappeared suddenly so many years before.[6]

In June 2018, agents with the U.S. Department of State traveled to Daly City, California, for an investigation. They questioned a man living there about inconsistencies with his passport. The man claimed to be Barry Timothy O’Beirne, but the agents couldn’t verify his identity. As they questioned him, the man cracked. Under investigation, he admitted that he was really William Howard Hughes.

Finally unmasked after decades in silence, Hughes confirmed he deserted the Air Force in 1983. He told the agents he had been “depressed” about his career. So he moved to California and created a new life. For 35 years, he went undetected. He even married a woman in the area, and they lived happily together. But the passport issue brought his secret life to a sudden end. The agents arrested the former captain and took him into custody “without incident.”[7]

Hughes and his wife had spent their years in a two-bedroom townhouse in Daly City. The couple was liked by neighbors, who told media outlets they knew Hughes as “Tim.” One neighbor called him “very pleasant.” Another reported regularly seeing him at the local gym. Several neighbors reported “Tim” was a big baseball fan and always wore a San Francisco Giants hat on outings around town. Neighbors assumed he was retired.

As it turned out, Hughes worked as a consultant and actuary under his assumed identity for his post-Air Force life. One work colleague remembered him as “very smart” and “always joking.” Never did he cause trouble or draw attention to himself. Neighbors didn’t have any inkling about Hughes’s backstory until the media descended. “I guess you never know a person until you dig deep,” one local told a news outlet.[8] 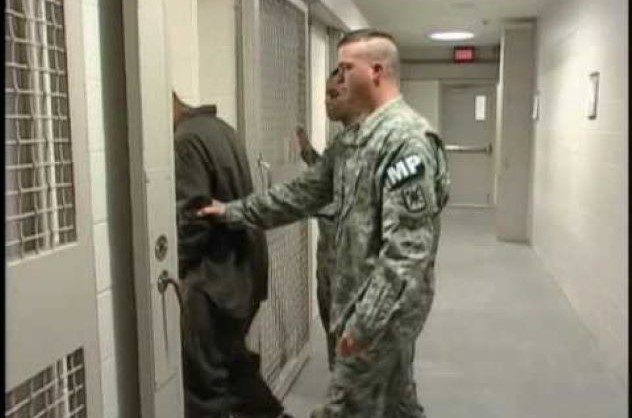 Upon his arrest, Hughes was taken to Travis Air Force Base in Fairfield, California. There, investigators questioned him about his life and career. He insisted he was never a spy. Instead, he repeated claims about being “depressed” while working in the Air Force. Classified projects on missile capabilities and Soviet threats evidently took their toll on the former captain. Nevertheless, the military outfit prosecuted him for desertion.

In September 2018, he was found guilty of the charge and sentenced to spend 45 days in a military prison. A month later, he lost an appeal of the sentence and was ordered to serve his time. After facing the consequences of his 35-year-old actions, Hughes was dishonorably discharged from the service branch.[9] 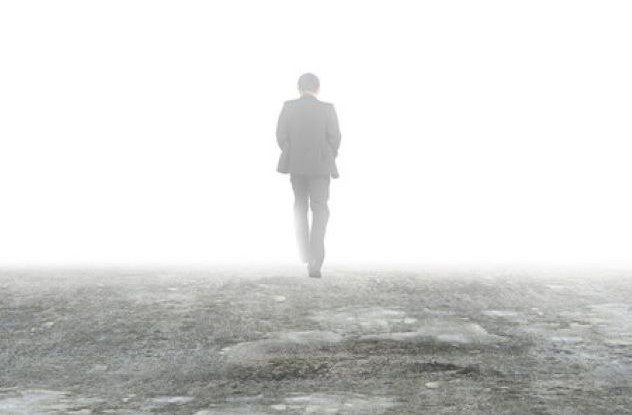 After serving his time, Hughes disappeared once more. No longer wanted by the Air Force, he was free to go as he pleased, and he did so. His siblings, so concerned about Hughes’s fate after his disappearance back in 1983, never came forward publicly in the years after he was found. It is unknown if they have ever seen him since his reappearance.

In a sad twist, the woman he had been married to filed to annul their partnership two months after his arrest. It would seem he never told her of his real identity, and she couldn’t bear to live with his fake name following the discovery. As for Hughes, he has vanished again. SFGate reports that as of August 2022, his “current whereabouts are unknown.” The man who went missing from the Air Force in 1983 is lost in the wind once more—and this time, probably for good.[10]

Why teachers from one of Ohio’s largest school districts are on strike : NPR