Welcome To The Book Of Angels 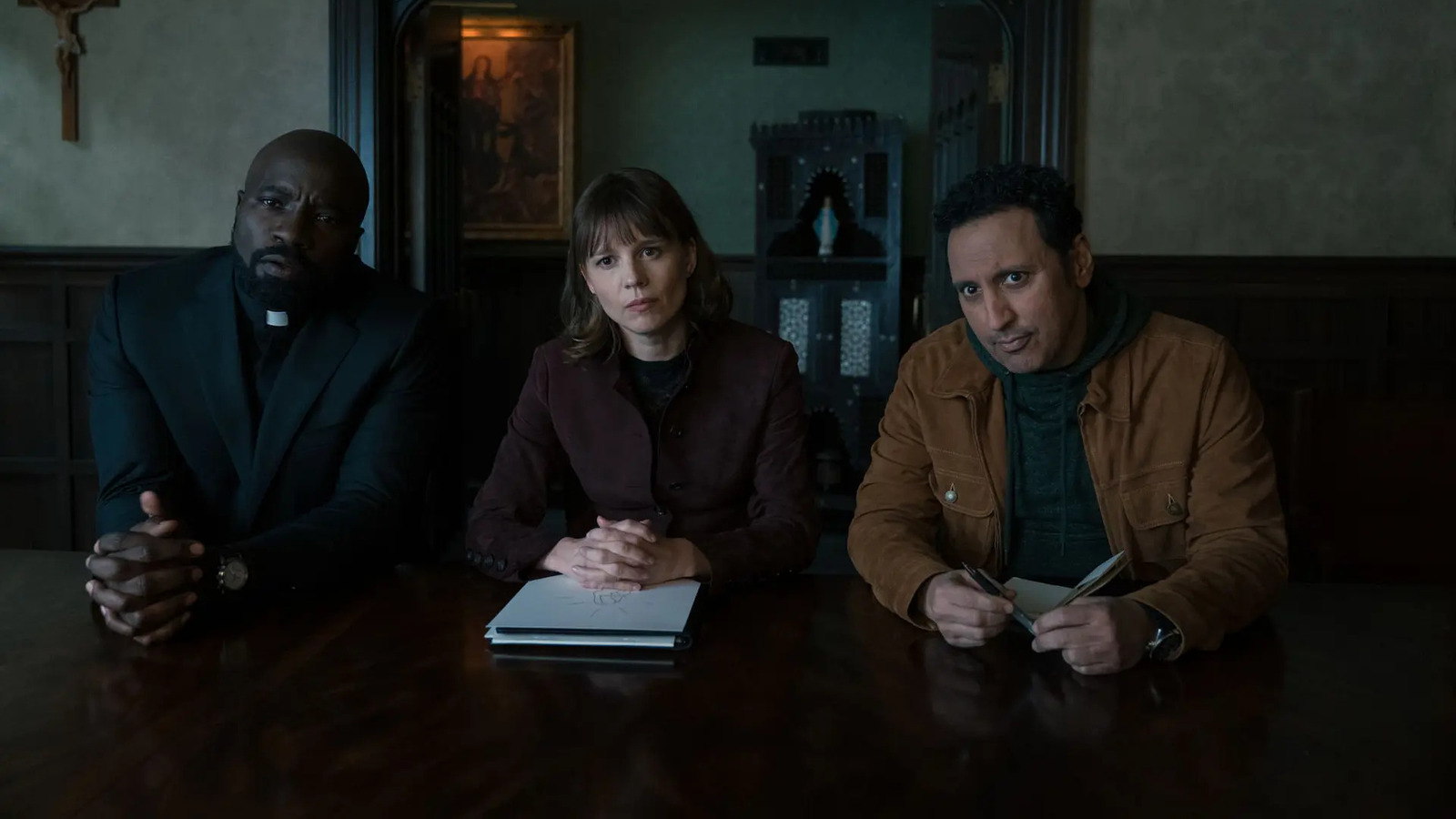 
Where does this leave us? There are still plenty of unanswered questions, like whether the girls will tell anyone that Dr. Boggs is writing a backward book about a mother of four being murdered by her daughter, or whether Andy’s memories will return, or if Ben will finally put two and two together and realize the girls told him Leland had kidnapped their father. And will anyone care that Grace pointed out how the DF company has the symbol of a major demonic family?

We don’t know if any of these will actually happen, but we do know something: things are going to change come next season. The season ends with Kristen finding out her missing egg (after an unfortunate mislead earlier in the season) and turns out the egg is fertilized: with Leland’s child. To make matters worse, Kristen finds her mother at the same office, the office where the gross shortcake-loving demon works. There is no way this doesn’t affect the dynamic, and now that Monsignor Korecki isn’t around and given how Father Ignatius is less interested in the church politics, we might get a proper open war against Leland come season 4.

And that’s because we know season 4 is coming, and we know it’s going to be different. That is because the very last shot of the episode closes The Pop-Up Book of Contemporary Demons, flips the book, and reveals The Pop-Up Book of Contemporary Angels, with The Demon of the End giving way to The Angel of the Beginning. What does this mean? Hopefully at least one win for the main team.

“Evil” is streaming on Paramount+

What you need to know about Google Web Designer, a primer