Fred Astaire’s Final Film Is A Gothic Gem Worth Watching 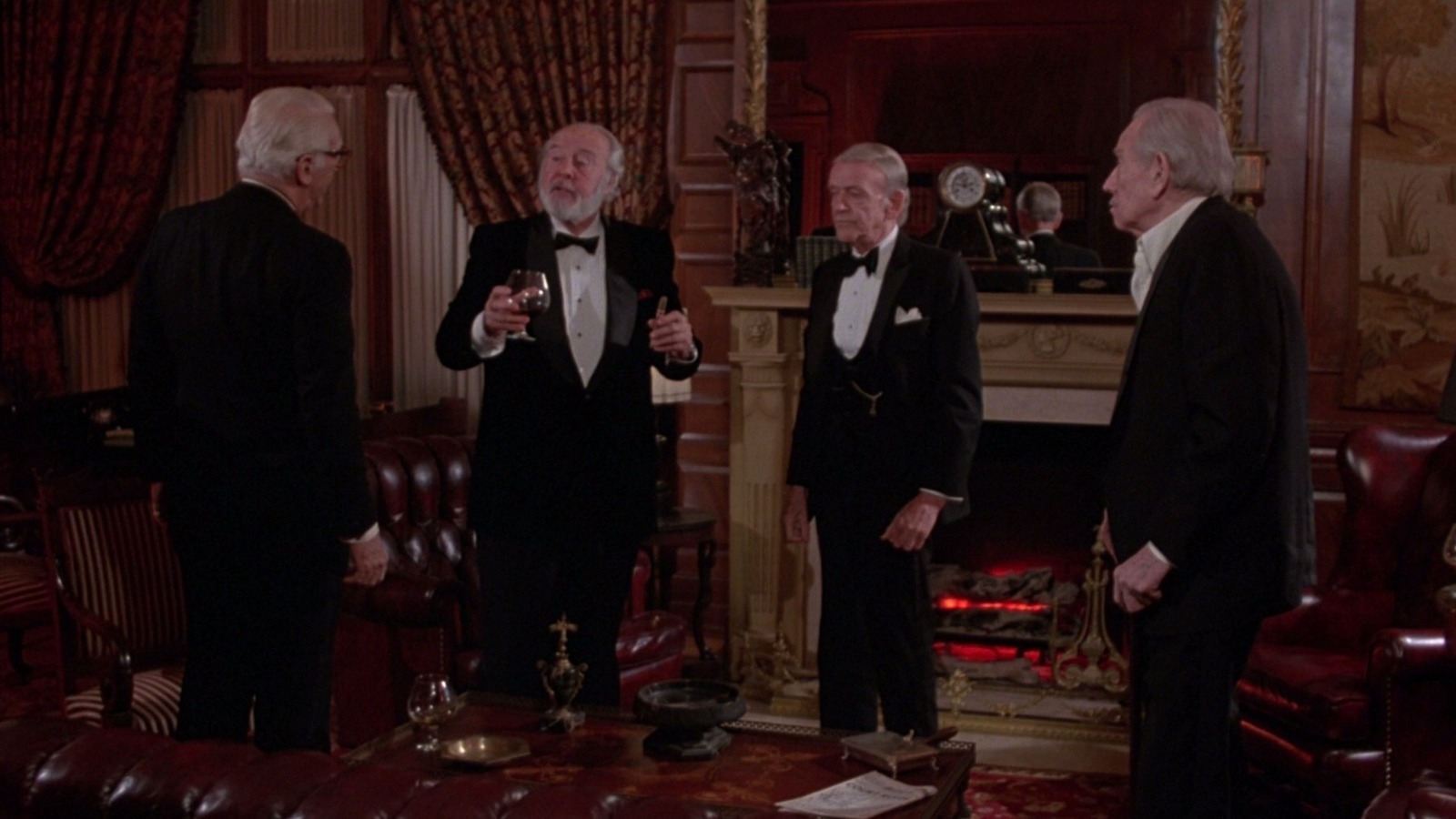 
Although the general plot of “Ghost Story” is clear enough, there are a lot of odd characters and moments in the film’s margins that remain unaddressed by the end. This includes the haunted house-dwelling duo of Gregory Bate (Miguel Fernandes) and Fenny Bate (Lance Holcomb) as well as the unnerving hints and allusions to just what Eva/Alma is.

Of course, these questions are answered within Straub’s novel, which is a rather dense book of 483 pages. Cohen, who had previously adapted Stephen King’s much more streamlined novel “Carrie” for Brian De Palma’s 1976 film, does an impressive job paring down Straub’s story but can’t quite solve all the problems created by such simplifying.

Moreover, Irvin found himself in a tough spot when it came to the movie’s tone and content. Universal Pictures was initially interested in having the film compete with the glut of gory slasher films that had been released throughout 1981, and a number of ghastly practical effects creations had been planned for the movie. Most of those were courtesy of effects makeup guru Dick Smith, who was fresh off of landmark horror effects movies like “Altered States” and “Scanners.” Smith designed several incarnations of the demonic Eva/Alma, very few of which turn up in the final cut. Still, a few provocative stills remain, and articles such as the one published in the February 1982 issue of Cinefantastique (which is quoted in this piece) at least provide some elaboration on what could’ve been an even more disturbing version of the film.

Despite those missing elements, “Ghost Story” retains its power to frighten and entertain, and if nothing else is an impressive showcase for Fred Astaire’s range as a performer. It’s only unfortunate that such a revelation came too late. Thus, “Ghost Story” is the only film where you can see Astaire stab a guy, survive a car crash, and fight a ghost. C’est la vie!

Why Francisco Costa Wants to Slow Down Your Morning Routine