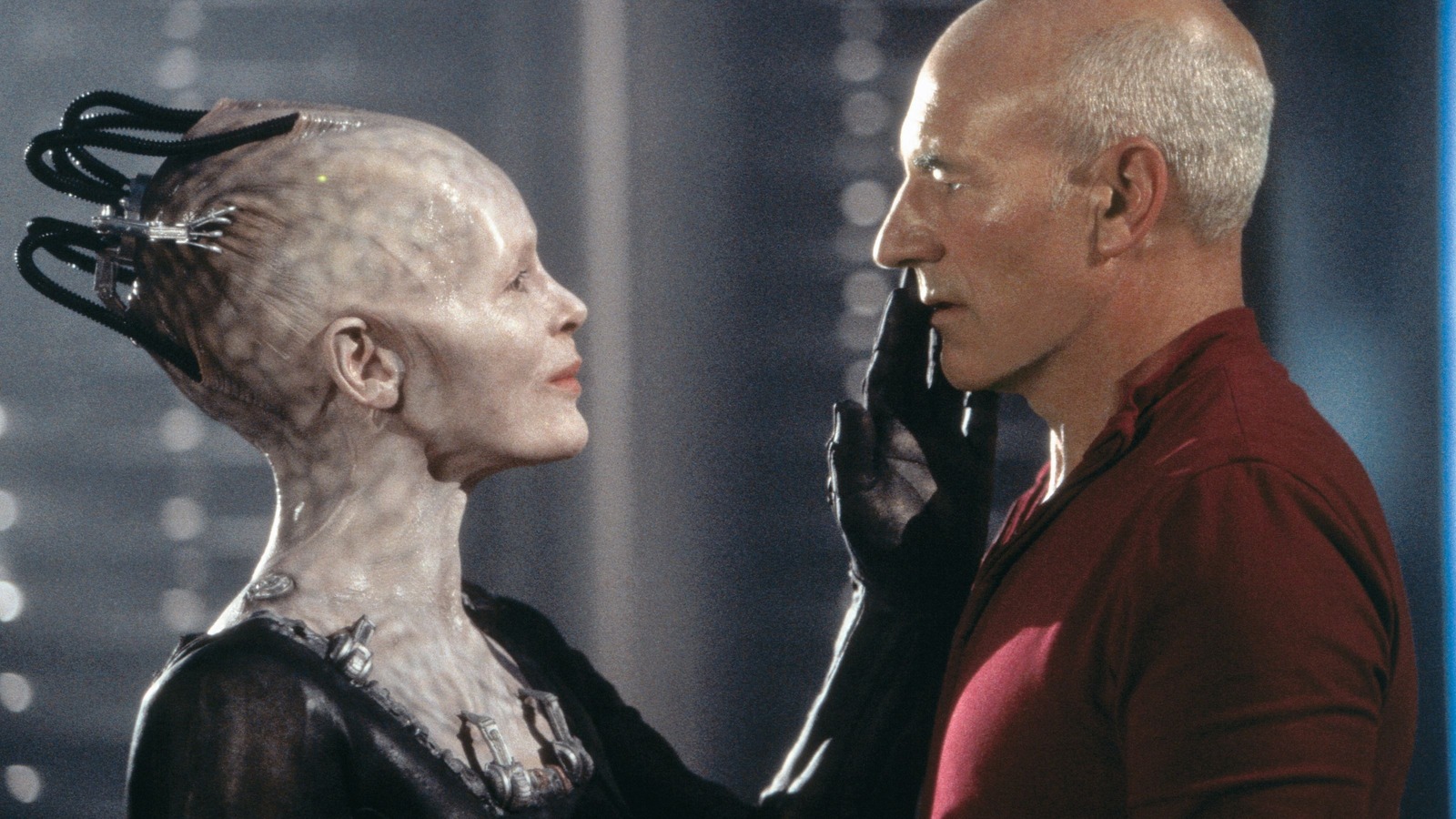 
On TV, “Star Trek” tends to — generally speaking — skew more toward ethical dilemmas and discussions of morality. Each “Trek” gathers groups of resolute, mature, clear-thinking individuals and puts them in board rooms and around tables to discuss possibilities. “Trek” is best when it’s talky. The “Trek” movies, by contrast, tend to be very action-forward, featuring resolute “villains” whom the “good guys” will merely have to fight. And the Borg Queen is one heck of a movie villain. She can read the minds of both Picard and Data (Brent Spiner), and tries to seduce them both into the collective, convincing them to join of their own volition. Later, in her episode of “Voyager,” Krige uses the same slinky, metallic seduction techniques on Captain Janeway (Kate Mulgrew) and Seven of Nine (Jeri Ryan).

Krige acknowledges that the Queen, as a character, is something of a force of nature, starting with her casual omnisexuality, a term that, Krige admits in the AV Club interview, she wasn’t initially familiar with. She was also concerned that the character’s outsize presence might not be appropriate for American network TV:

“It was very terrifying, frankly, to shift mediums, to shift from an enormous screen down to a television screen. I thought to myself, ‘Will she even work in this little space?’ Two nights before, it dawned on me that I was working with two women and not two men. I called the producer and said, ‘She’s with two women.’ He said, ‘Don’t worry. Think of her as omnisexual.’ And I thought, ‘Okay.’ It was only after that I realized I didn’t know what omnisexual was.”

In the future, with so many species and genders in the galaxy, one must become omnisexual.

Why this company ditched the 4-day workweek